Netanyahu will take up ‘bad’ Iran deal with President Trump 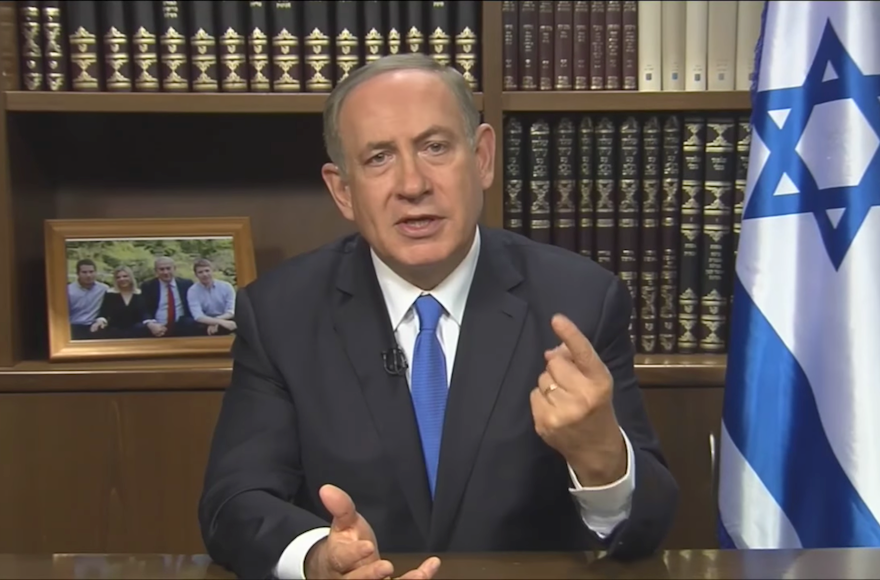 WASHINGTON (JTA) — Israeli Prime Minister Benjamin Netanyahu said he looked forward to speaking to Donald Trump about what to do about the “bad” Iran deal once Trump is president.

“As far as President-elect Trump, I look forward to speaking to him about what to do about this bad deal,” Netanyahu said Sunday, addressing the annual Saban Forum via a satellite feed.

Netanyahu in his remarks reverted to the tough pre-deal rhetoric about the agreement reached last year between Iran and six major powers swapping sanctions relief for a rollback of Iran’s nuclear program.

Since the pact was reached, and Obama defeated efforts in Congress to kill it in September 2015, Israel and other opponents have emphasized enforcing the deal as opposed to killing it outright. Netanyahu’s defense minister, Avigdor Liberman, when he addressed the Saban Forum on Friday night, avoided saying he wanted the deal killed and instead focused on enforcement.

Netanyahu’s reverting to decrying the deal as not merely flawed but inherently dangerous signals that his hopes to scuttle it have revived. Trump has said the deal is a bad one, but has stopped short of saying he will pull out of it.

In another resuscitation of his pre-deal posture, Netanyahu refused to count out a military strike against Iran as a means of stopping it from obtaining a nuclear weapon.

“I mean Israel is committed, and when I say we’re committed, we’re committed” to keeping Iran from getting nuclear weapons, Netanyahu said, when pressed by Haim Saban, the Israeli-American entertainment mogul who funds the forum, on whether would use military force.

Unlike Liberman, who suggested in his Saban appearance that he was concerned a Trump administration was retreating to “splendid isolation,” Netanyahu said he was not concerned that Trump would diminish the U.S. role abroad.

“He has a clear vision of America’s role and dominance in the world,” he said. “I don’t think he’s going to put the world aside; I think the opposite is true.”

Also appearing at the Saban Forum, a convening of U.S. and Israeli leaders and influencers by the Brookings Institution, was John Kerry, the outgoing U.S. secretary of state. 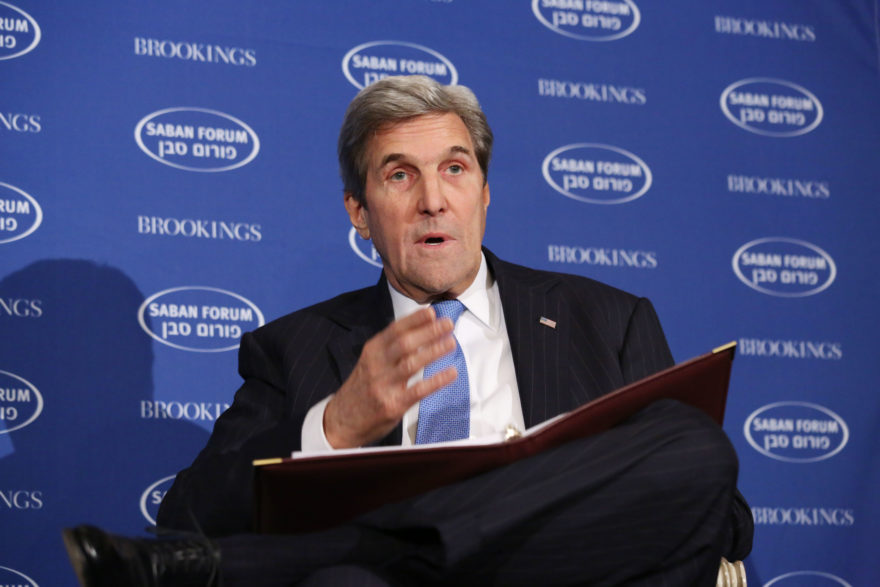 Kerry said he racked up 130 hours officially speaking with Netanyahu over the course of his stint as secretary of state, since 2013, and had visited Israel more than 40 times.

Despite tensions between Netanyahu and the Obama administration over the nuclear deal and the failed 2013-14 peace talks brokered by Kerry, the secretary of state said he and Obama remained committed to Israel’s security, and he saw his own relationship with Netanyahu as a friendly one.

Kerrywarned, however, that the expansion of settlements puts Israel’s security and its viability as a Jewish democracy at risk.

“It’s getting worse, it’s moving in the wrong direction,” he said.

Asked if the Obama administration would, in its final weeks, back a U.N. Security Council resolution outlining the parameters of a final-status arrangement with the Palestinians, Kerry would not rule it out.

“If it is a biased and unfair and a resolution calculated to delegitimize Israel, we’ll oppose it,” he said, which left a lot of room to back resolutions that the United States would not regard as biased.

President Barack Obama reportedly leans against backing any such resolution, although Kerry has made clear he favors making clear final status parameters before Trump takes office.

Netanyahu vehemently opposes such a resolution, saying talks should be left up to the Israelis and Palestinians, with no outside intervention. He reiterated that position on Sunday.

He quoted Obama speaking in 2011 after the United States vetoed a similar resolution.