Blaming Obama doesn’t advance the cause of Middle East peace 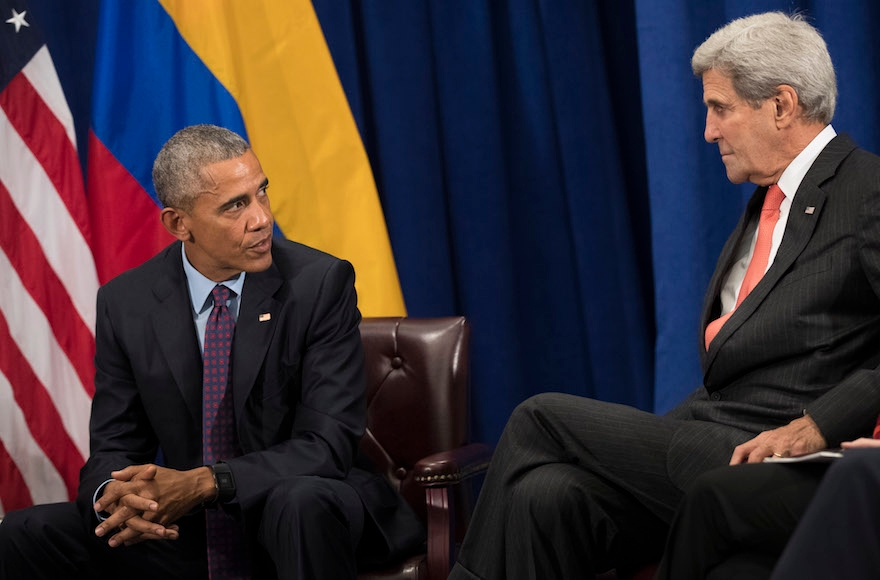 (JTA) — What did Secretary of State John Kerry say this week that caused former Israeli Ambassador to the United States Michael Oren to say that U.S. policy toward Israeli has become “sad, tragic and dangerous?” That led Sen. Ted Cruz to say that Kerry and President Barack Obama are “relentless enemies of Israel”? That inspired Israeli Prime Minster Netanyahu’s spokesman to refer to the American “abandonment of Israel?”

Nothing that successive American administrations, Democratic and Republican alike, have not said before.

But that, of course, is hardly a measure of success. If the goal of Kerry’s Dec. 28 speech was to defend the U.S. decision to abstain on an unbalanced, ill-timed United Nations Security Council resolution last Friday, then it was a failure. Further, the administration’s regretful and wrong-headed, although not unprecedented, decision to abstain rather than veto a deeply problematic Security Council resolution affected the way most American Jews and Israelis heard Kerry’s speech. If the speech had been given following a U.S. veto, his words would have been listened to with far more openness.

Kerry’s fiery and intense speech reviewed U.S. policy in the Israeli-Palestinian conflict. He offered some of the most forceful denunciations of Palestinian instigation of violence that we have ever heard from the podium at the State Department, specifically indicting both Hamas and Palestinian Authority President Mahmoud Abbas. He spoke about America’s strategic partnership with Israel and his own heartfelt personal connection to that nation. And most important, Kerry made a powerful case that the only lasting solution envisions two states, Israel and Palestinian, for two peoples. The secretary was right, too, to shine a spotlight on Palestinian incitement of violence and the veneration of terrorists, and on the runaway freight train of the settlement expansion, driven by the most right-wing elements in Israeli politics and supported by the Israeli government.

The entire settlement enterprise is designed to make the realization of a two-state solution more difficult, if not impossible. And it is impossible to ignore the trends by the current government in Israel to solidify and thicken the settlements, even at the expense of legislating to upend the Israeli Supreme Court. Settlements, of course, are far from the only impediment to progress. Kerry made his view clear: “Let me emphasize, this is not to say that the settlements are the whole or even the primary cause of this conflict; of course they are not. Nor can you say that if the settlements were suddenly removed, you’d have peace without a broader agreement. You would not.” 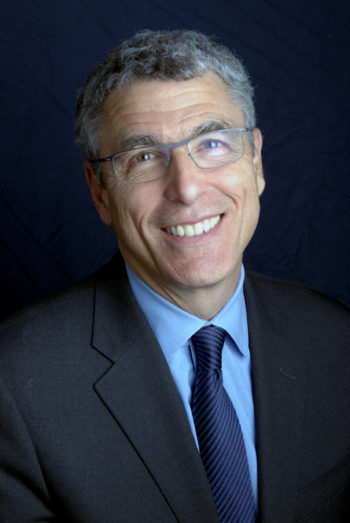 Let us, in turn, be crystal clear: The significant obstacles to peace fall overwhelmingly on the Palestinian side, including an unwillingness to clearly recognize Israel’s very right to exist and ongoing incitement to terrorism that leads to murderous acts.

Kerry is also correct, of course, that the United States should not, and cannot, dictate a solution. But his speech reminds us that the U.S. has an indispensable role to play. And it is simply impossible to ignore that the support for Israel — bipartisan support that has been Israel’s bedrock, a strong pin in its own security — is critical. This administration has provided Israel with unprecedented support, U.S. military aid that is unmatched.

It would also be wrong to ignore the harshness of the unprecedented and troubling criticism aimed at the Obama administration. It’s as if name calling were being allowed to substitute for substantive debate. It is inexcusable to accuse the president or his secretary of state of being “anti-Israel” when they express views held by many Israelis. Indeed such “anti-Israel” voices as former Israeli Prime Minister Ehud Barak welcomed Kerry’s speech.

Some honest reflection is a good thing at the end of this year, which coincides with the end of the eight-year Obama administration. The plain truth is that the Palestinians, the Israelis and the U.S. have not been blameless during this latest chapter of working toward peace. Blaming one party is hardly accurate or constructive. Too many Israelis hold the Palestinians totally responsible, and too many Palestinians hold only Israel responsible and yes, too many Americans also apportion responsibility unfairly on one of the two sides. And the incoming U.S. administration seems to hold the Obama administration as the main culprit in the current stalemate. None of these approaches is accurate or constructive.

As a new U.S. administration prepares to take office, we hope and pray it will not begin by abandoning a two-state solution. No one naively believes that two states for two peoples living side by side in security and peace is around the corner, but it remains a beacon of possibility, especially when all the other options are so deeply flawed.

At the end of the day, the long, deep bipartisan support for the State of Israel must not be undermined. I am deeply afraid that Israel is becoming a completely partisan issue, and for that there is plenty of blame to go around. I’d ask — no, beg — that the U.S., Israeli and Palestinian leadership, present and future, stop blaming everyone else and accept responsibility for moving us forward, not backward.

(Rabbi Rick Jacobs is president of the Union for Reform Judaism, the largest Jewish movement in North America.)