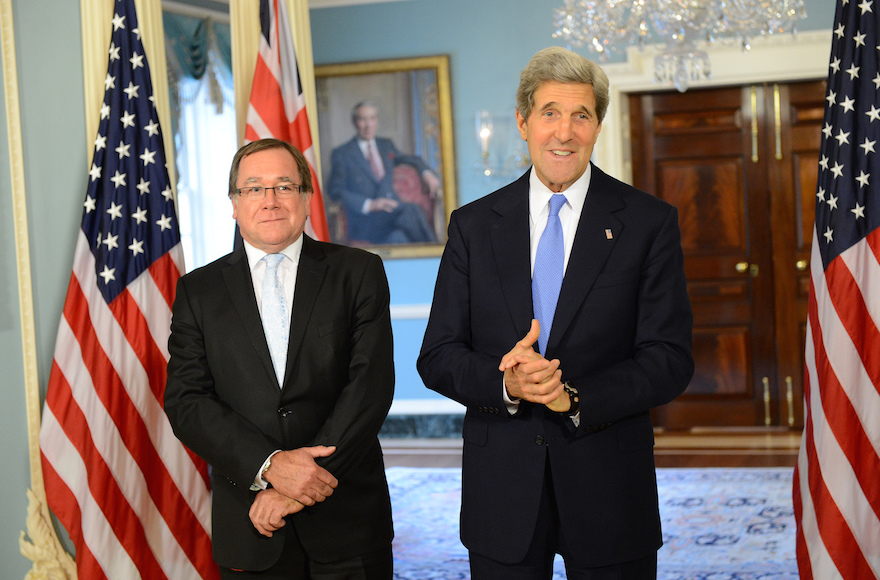 (JTA) — The Auckland office of New Zealand’s foreign minister was vandalized with pro-Jewish graffiti believed to be in response to the country’s co-sponsoring of an anti-settlement resolution at the United Nations.

On Wednesday, the outside wall of Murray McCully’s office was spray-painted with the words “traitor Jew hater McCully.” New Zealand was the only Western country to sponsor the Security Council resolution last month and has been criticized by many staunch supporters of Israel, with Jews and non-Jews protesting.

The president of the New Zealand Jewish Council, Stephen Goodman, condemned the graffiti attack against McCully.

“While many in our community disagree with some actions taken by the minister, offensive acts such as this should have no place in our society and are unacceptable to all New Zealanders, particularly to the Jewish community, which has suffered from graffiti and other attacks in the past,” Goodman said.

In recent years, incidents of anti-Semitic vandalism have been common in New Zealand.

McCully said it is “regrettable” that his electorate office was vandalized by opponents of New Zealand’s sponsorship of the Security Council resolution, which condemned Israeli settlements as having “no legal validity” and as constituting “a flagrant violation under international law.”

“Obviously we have had a significant number of communications from people who are concerned about the issue. But it is very difficult to get past the fact that it is long-standing New Zealand policy to support the two-state solution, to condemn incitement and violence, and to call for a halt to the settlement process,” McCully said.

Last week, Israel recalled its ambassador, Itzhak Gerberg, from its embassy in Wellington and barred the New Zealand ambassador to Israel from entering the country.