As allies of Martin Luther King, Jews must fight for the civil rights of Muslims 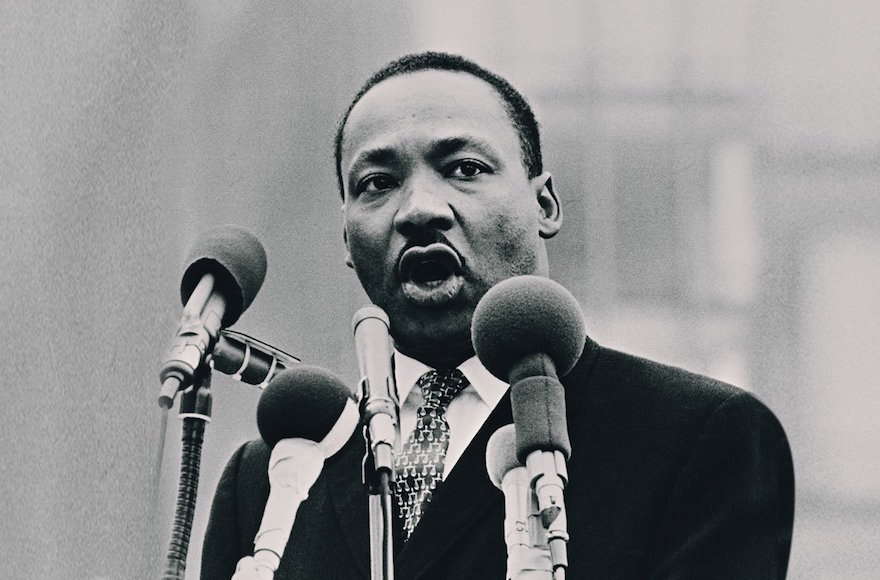 (JTA) — As we celebrate the birthday of Martin Luther King Jr., American Jews should reflect anew upon the epic struggle he led to free African-Americans from the shackles of bigotry and take pride in the singular role played by the Jewish community in support of King and African-Americans.

As we await the advent of the new Trump administration, it is more important than ever for our community to reconnect with that uplifting chapter in American history half a century ago. We should do so not for the purpose of self-congratulatory platitudes, but rather because we face a similar moment of moral testing now. Just as many Jews risked their very lives to go to the South in the 1960s in support of our African-Americans brothers and sisters, we must show similar courage and fortitude today and stand up for American Muslims, whose civil and human rights are under attack.

The history of the civil rights movement of the ’60s shows vividly that when the civil rights of any community are compromised, Jews feel the responsibility to speak out and take a stand of moral conscience. As King declared: “Our Jewish friends have demonstrated their commitment to the principle of tolerance and brotherhood, not only in the form of sizable contributions, but in many other tangible ways and often at great personal sacrifice. Can we ever express our appreciation to the rabbis who chose to give moral witness with us in St. Augustine?” He was referring to 16 rabbis who were arrested in Florida in 1964 at a protest of Jim Crow segregation.

King went on to describe the “awful beating“of Rabbi Arthur Lelyveld of Cleveland by segregationists in Hattiesburg, Mississippi, that same year and the deaths of two Jewish activists, Andrew Goodman and Michael Schwerner, who along with the black civil rights worker James Cheney were abducted and murdered in Neshoba County, also in Mississippi.

“It would be impossible to record the contribution that the Jewish people have made toward the Negro’s struggle for freedom — it has been so great,” King said.

There is no question that Muslims in the United States are now facing similar struggles. According to an FBI report issued last November, hate crimes against Muslims shot up 67 percent in 2015 to their highest levels since the aftermath of the 9/11 attacks in 2001. Throughout the recently concluded yearlong presidential campaign, we saw a worrisome uptick in expressions of bigotry, including Islamophobia, anti-Semitism, and anti-Hispanic and anti-immigrant rhetoric, much of it clearly in response to, or encouraged by, the demagogic rhetoric in the campaign itself. 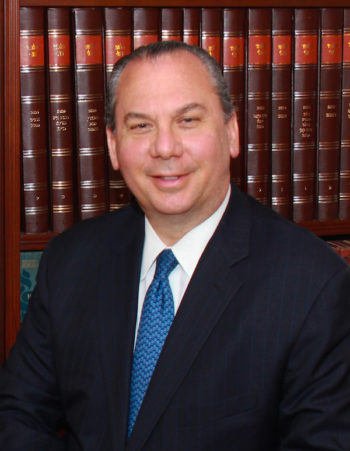 Rabbi Marc Schneier (Courtesy of the Foundation for Ethnic Understanding)

Since the election on Nov. 8, the number of hate crimes has soared. Mosques, synagogues and other houses of worship across the country have been desecrated by swastikas and hateful slogans, while in diverse cities, Muslim women have been assaulted by bigots intent on tearing off their hijabs.

I am proud that since the fall of 2007, when the Foundation for Ethnic Understanding initiated the first Summit of North American Imams and Rabbis in New York, the American Muslim and Jewish communities have been working hard to build ties of communication and cooperation. Hundreds of synagogues, mosques, and Muslim and Jewish organizations across the U.S. have taken part in twinning events, while grass-roots Jews and Muslims in a number of cities have formed Muslim-Jewish solidarity committees based on the principle of standing up for each other when either community is demonized or discriminated against.

At the outset of 2016, with Islamophobia sharply on the rise, the foundation created #MASO (Muslims Are Speaking Out), a much-visited Facebook page that features American Muslims of all ages, ethnic backgrounds and walks of life passionately expressing revulsion at acts of extremism, terrorism and violence committed by supporters of the Islamic State terrorist group.

Thankfully, our foundation has not been alone in these efforts. The Anti-Defamation League has taken a strong stance opposing anti-Muslim bigotry, including discrediting legislative efforts in state legislatures across the U.S. to outlaw the the “phantom threat” of Sharia (Islamic) law, while the American Jewish Committee recently joined with the Islamic Society of North America to create a new body, the Muslim-Jewish Advisory Council. In recent weeks, many rabbis and Jewish leaders have vowed that if the new administration institutes a Muslim registry, they themselves will be among the first to sign up for it.

While the American Jewish community has made a good start in standing up for our Muslim brothers and sisters, we are aware that many challenges lie directly ahead. As we observe Martin Luther King Jr. Day, American Jews in 2017 must resolve that we will continue to speak out openly and assertively in support of the principle that Americans of all faiths and ethnicities — including Muslim Americans — must be accorded full civil rights and religious freedom as guaranteed by the U.S. Constitution and Bill of Rights. Like the Jewish heroes of the civil rights movement, we can do no less.

(Rabbi Marc Schneier, the president of the Foundation for Ethnic Understanding, is the author of “Shared Dreams: Martin Luther King Jr. and the Jewish Community” and co-author with Imam Shamsi Ali of “Sons of Abraham: A Candid Conversation about the Issues that Divide and Unite Jews and Muslims.”)