A complex in Wilmington, Del., housing four Jewish organizations was evacuated after receiving a bomb threat. (Courtesy of Siegel JCC in Wilmington)
Advertisement

(JTA) — A bomb threat is never an inconsequential thing. But 16 in one day is inconceivable – at least it was until Monday. That’s when 16 Jewish community centers in nine states received calls threatening a bomb on site.

While the bombs turned out to be hoaxes, the calls themselves were not. They were designed to create a kind of disruptive terror in places that serve as visible community hubs of activity.

The JCCs affected stretched from Florida to New Jersey, where the temperature was 11 degrees and, once evacuated to ensure their safety, JCC participants had to wait outside in the frigid air. Everyone from the youngest souls to the frailest and elderly had to leave.

If there was a method to the callers’ (or caller’s – the FBI is now investigating these incidents) madness, it was one meant to strike at the heart of normalcy and everyday activities, to sow uncertainty and fear in places we love and feel most safe. 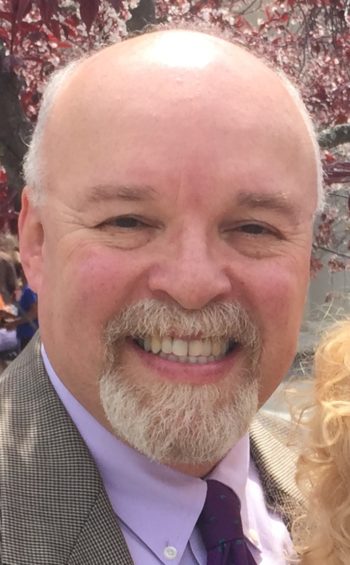 JCCs handled the situation professionally, taking the advice of security staff and local law enforcement and executing well-rehearsed safety plans. JCCs were able to do this seamlessly, working together with police and reopening by the end of the day. It is a testament to the professionals who work at these community institutions across the country, and the millions of people who walk through the doors of JCCs every day and depend on them as safe spaces to gather, learn, play and find meaning.

JCC Association of North America works closely with JCCs across the continent, encouraging them to develop security protocols, ones we hope they never have to use. But we live now in uncertain times, and expressions of anti-Semitism have been on the rise around the globe.

The safety of local JCC members is always the top priority. As the convening organization of JCCs across the continent, we work closely with the Secure Community Network (SCN), which was established in the aftermath of the 9/11 terrorist attacks to address security concerns in the Jewish community. SCN has a close relationship with the Department of Homeland Security, and that partnership becomes critical in situations like the ones we dealt with this week.

Unfortunately, all Americans and faith-based groups, not just Jewish organizations, recognize that this is our reality —that today, any public space or gathering may be a target. Just this week, we are reminded of the 2015 massacre at a Charleston church that left nine dead with the sentencing of it perpetrator. And far too regularly Muslim communities in America confront threats, hate letters and other anti-Muslim bigotry, abuse and even violence. The FBI figures for 2015 showed an overall increase of six percent for hate crimes. According to the report, released in November, acts against Jews still top the list, comprising 51.3 percent of all hate crimes.

And so, we are committed to continuing to support our JCCs, which play a vital role in the lives of their local communities and in Jewish life. And to help guide their missions as inclusive, engaging community gathering places that are safe for all, we will continue to help them liaise with local and federal law enforcement to develop thorough plans specific to their organizations, buildings and communities.

It is a harsh but wise reality that all JCCs have such structures and relationships in place, and are spending more time and money on security than ever before.

None of us wants to think of this as the new normal. And none of the JCCs targeted this week do. They are all back at work, doing what they do best – serving those who come looking for community.

Each JCC seeks to model within its walls the kind of community they wish their wider ones – both Jewish and general – will be. Values we embrace such as welcoming guests, treating all with respect and dignity, doing right by people and understanding the communal responsibility in raising the next generation are universal. JCCs understand that the well-being of the Jewish people is based on interaction between diverse groups of Jews, and that we benefit, and benefit from, our larger communities. No threat of terror will change that.

The JCC movement was founded a century ago this year. The impetus was to support the needs of the Jewish community, many new immigrants and first generation Americans, who were learning just what that meant — to be an American. As Jews, though, they weren’t always welcome in institutions designed broadly for the community, and JCCs were there to serve their cultural, social and recreational needs.

In the 100 years since, JCCs have evolved to meet not only Jewish needs, but to serve their communities more broadly. Informed by Jewish values, they are warm and welcoming to all.

And that’s where we were Monday, when the calls began. JCCs are places where people want to be. They are filled with joy, creativity, knowledge and the endless possibilities of doing something new. In hundreds of cities and towns across this continent, they are places where we still have face-to-face interactions in a social media universe.

And it’s a loud and vibrant conversation, one that we won’t allow any amount of threatening calls to disrupt.

After day of 16 bomb threats, FBI to coordinate with Jewish community in ‘new reality’