We’ll lose college students if Israel becomes a partisan cause 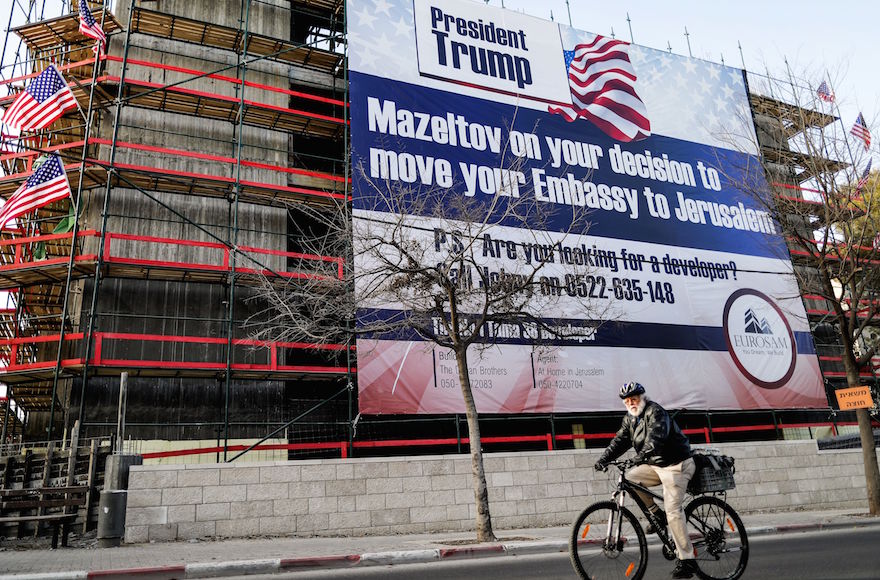 (JTA) — For decades, supporters of the U.S.-Israel relationship have insisted on strong bipartisanship rather than allying their cause with the Democrats or Republicans. So even while a typical bit of punditry over the past few presidencies was to assert that Bill Clinton, or George W. Bush, or Barack Obama was “the most pro-Israel president in history,” Israel advocates nevertheless kept their heads and painstakingly maintained strong relationships on both sides of the aisle.

Now some are eagerly making the same grandiose claim about President Donald Trump — that he will be the greatest friend Jerusalem has ever had. While we should and do welcome friendship from President Trump, and look forward to working with him to strengthen the American-Israeli relationship, there are dangers in this perception.

Loath to turn the crucial cause of U.S.-Israel ties into a political football, savvy advocates both on campus and off have traditionally resisted branding one party or the other as insufficiently “pro-Israel.” But partisans have taken a different path. It is increasingly common to hear Republicans assert that they are the true keepers of the U.S.-Israel relationship — a claim that can be heard from some Democratic activists, too. Disturbingly, some prominent Democrats — particularly the young and the populist — are rejecting the old orthodoxies of the friendship. The result is that on both ends of the spectrum, and with conflicting intent, Israel’s star is being hitched to Trump’s ascendant wagon.

This is a mistake for three reasons.

First, Donald Trump was not a conventional candidate and his is likely not to be a conventional presidency. The animus that he inspired among Democrats was particularly acute on college campuses and may lead future Democrats to define themselves as critics of all causes President Trump embraces. 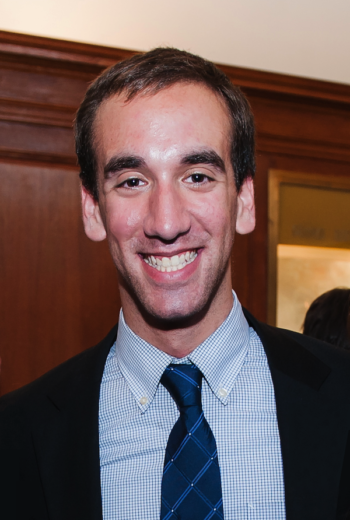 Seffi Kogen (Courtesy of the AJC)

If Israel’s American friends allow their more liberal alliances to wither, and fail to nurture understanding and support for Israel among longtime coalition partners, Israel may find itself on the outs if and when the pendulum swings and Democrats reclaim Congress or the White House. Already, when asked by Pew whether they sympathize more with Israel or the Palestinians, only 33 percent of Democrats say Israel (compared with 74 percent of Republicans). This should worry all lovers of Israel, as being a true pro-Israel advocate means keeping the issue as nonpolitical as possible, regardless of your own political preferences.

Second, college students — many of whom are more likely to see Israel as the Goliath towering over a Palestinian David rather than as the spunky David facing down the giant Arab world — polled as particularly allergic to Trump. The concern, then, is not just that the next crop of Democrats elected won’t assign proper value to the U.S.-Israel relationship, but that Israel could lose an entire generation of American friends. Remember, for many campus progressives, even Obama was too conservative  — a sentiment that motivated support for Bernie Sanders.

Finally, supporters of the U.S.-Israel relationship should maintain, and be seen as maintaining, their independence from this — or any — administration. Israel’s supporters committed to a negotiated, secure, two-state solution of the Israeli-Palestinian conflict — the position consistently favored by American Jews and Israelis alike — may find themselves competing for the president’s support with advisers opposed to the two-state vision. A retreat from traditional U.S. policy on the conflict will present a serious challenge to pro-Israel advocacy on American campuses, where Palestinian statehood is widely seen as the only just outcome.

On campus, support for Israel must be nurtured among students on the right and the left, in the sciences and the liberal arts, among students both religious and secular, rich and poor, gay, straight and everywhere in between.

Supporters of the U.S.-Israel relationship have built ties and advanced Israel’s security and well-being with successive American presidents. In that spirit, and with that objective, advocates look forward to working with President Trump, who time and again has voiced strong support for the Jewish state.

But as they engage the new administration, pro-Israel advocates must not abandon the strategy of bipartisan and intercommunal outreach that has formed the foundation for nearly 70 years of overwhelming public support for America’s one democratic ally in the Middle East.