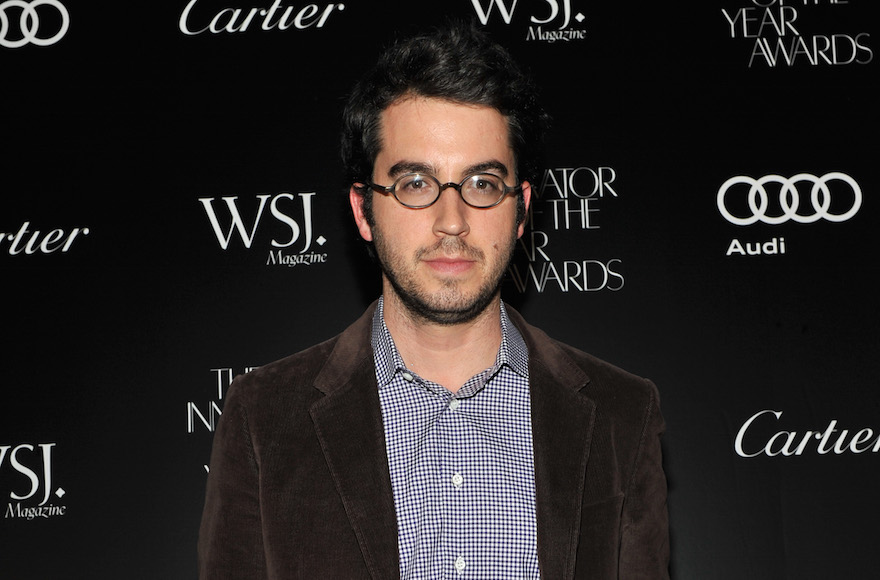 (JTA) — Jewish-American novelist Jonathan Safran Foer said his Israeli friends no longer wish to raise their children in a country that is excluding itself from the Western world and thus encouraging boycotts against it.

Foer, 40, who is among the world’s best-known Jewish writers of fiction, delivered his criticism of Israel under Prime Minister Benjamin Netanyahu during an interview with the Swiss Jewish weekly Tachles that was published last week.

According to the German-language translation of the interview, which was conducted in English, Foer said that under Netanyahu, “Israel has increasingly removed itself from the rest of the Western world, which has already led to academic boycotts, among other things.”

Tachles was not able to offer JTA an English-language transcription of the interview.

Many of Israel’s supporters believe that the promotion of boycotts against Israel, which is illegal in Spain and France, is a discriminatory tactic not rooted in Israel’s actions.

Foer also said in the interview that his “great many friends in Israel” are becoming “tired” of living there. They “love their country and would die for it, but they no longer want their children to grow up there,” Foer said.

“If Israel becomes even more fundamentalist, like its neighbors, it will be at the cost of the dream many Jews have had in establishing the State of Israel and still have today,” he added.

Also last week, Foer gave an interview in Milan to the Repubblica daily in which he said that Netanyahu will “jeopardize Israel’s existence,” according to an Italian-language translation. Netanyahu, according to Foer, is contributing to the formation of a one-state solution to the Israeli-Palestinian conflict over a two-state solution. Foer said the latter solution is the only possible one.

If President Donald Trump supports this perceived development, Foer was quoted as saying, “there is the risk of apartheid for the Palestinians.” He also said Trump’s attitude “against minorities and journalists … seems terrifying.” Trump has consistently denied any bias toward minorities. Netanyahu has said he favors the establishment of a Palestinian state with security restrictions on its sovereignty and has blamed the Palestinians for avoiding negotiations by presenting preconditions for talks.

In a recent interview for The Guardian, the celebrated Israeli author A.B. Yehoshua rejected the use of the term apartheid to describe the situation in Israel and disputed assertions that the two-state solution is the only viable one.

“We have to rethink the two-state solution,” he told the Guardian, which described him as one of “the three tenors” of Israeli literature. “We were repeating all the time ‘two states, two states, two states’ for 45 years. We cannot just repeat it.” Yehoshua proposed annexing the West Bank’s Area C, where less than 10 percent of the area’s Palestinian population lives, as well as nearly all of its Jews.

Yehoshua traced a perceived rightward shift in Israeli society not to Netanyahu, but to what he described as disinterest on the part of left-wingers in promoting their ideology.

“I blame our camp for abandoning ideology,” he said. While pro-settlement movements work to promote their vision, the new generation of left-wing intellectuals “instead of dealing with the Palestinian issue, they do a play or write a story. All the energy is going into the culture.” He added: “They are not well prepared to do battle with the ideology that is coming from the other camp.”