Yom Hashoah is a call to assist the poorest survivors 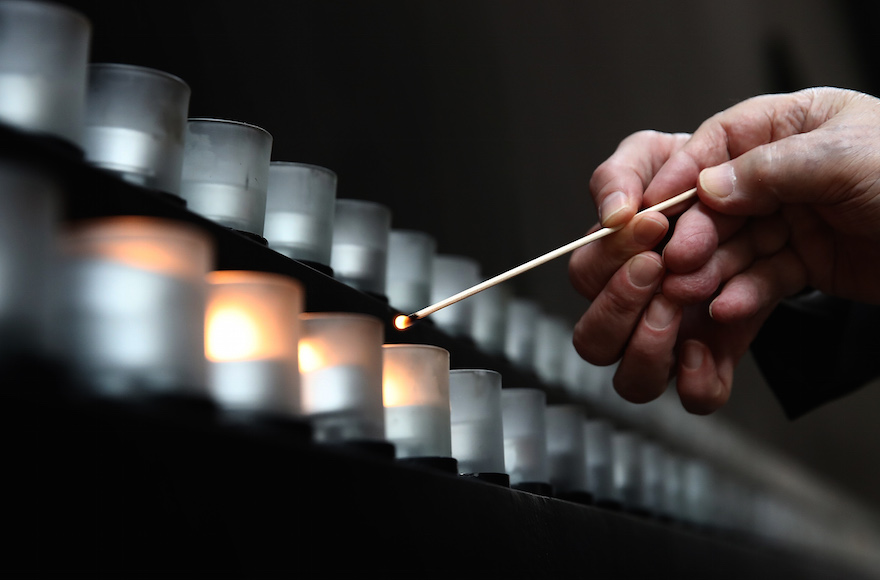 (JTA) — This week, the State of Israel’s comptroller sharply criticized the government for neglecting the intense poverty of many of the state’s elderly Holocaust survivors.

Like the sirens that will blare Monday in Israel on Yom Hashoah, Holocaust Remembrance Day, to memorialize the 6 million, the report sounded a new call, urging us to move from memory to action, to save survivors living in poverty not only in Israel, but also around the world.

We must act now, before it’s too late. There are some 400,000 survivors still alive, but their average age is 85. Many of these survivors, at least 280,000, are living their final days in crippling poverty. One-fourth of Israel’s 180,000 survivors and one-third of the 100,000 survivors in the United States live below the poverty line. Survivors and other elderly Jews in the former Soviet Union, which lacks even a basic social safety net, endure unimaginable conditions.

These are the forgotten survivors. Like Lova, in her late 80s, who lives in a tiny rural village outside Kiev. Lova had no heat for six months when my organization, the International Fellowship of Christians and Jews, visited her this winter. We brought her food, water and a blanket, but she was wrapped in tattered material, her hands exposed and purple from the bitter cold. Lova was among the more fortunate we met – she saved a few cans of scraps from the summer and had a few buckets of unfrozen drinking water. We visited Olga, in her early 90s, to find a can of pickled beets covered with maggots in her dilapidated kitchen. She had no water because she was too weak to chop wood for her stove.

For years the Fellowship has been aiding these forgotten survivors in Israel and the FSU. Thanks to millions of generous people worldwide, mostly Christians who love Israel and the Jewish people, we have raised over $1.4 billion in the past 20 years. Just last year we were able to help 1.6 million Jews with $140 million in aid, among them 128,000 poor survivors, with basic needs such as food, water, blankets, medicine and heating fuel.

Yet it is just not enough. Tens of thousands more survivors worldwide desperately need our help.

The crisis is intensified by the very definition of “survivor.” Many Jewish groups define a survivor as someone who was imprisoned in a Nazi concentration camp or ghetto, hid in Nazi-controlled lands, or who lost a family member to the Nazis.

However, many of the Jews in the FSU experienced the Holocaust as well, either hiding from Nazi-aligned forces or enduring the war at close range. After the Holocaust some began new lives in Europe, the West or Latin America, many flourishing. In the Soviet Union, some returned to urban areas and revived. But others who lost most or all their family never recovered.

After meeting many of these forgotten survivors, I walk away in disbelief. How can it be that the wealthiest Jewish community in history does not see this crisis? How can it be that we continue to do so little while 40 elderly survivors die every day, many living their last years without even basic dignity? But there is no feeling of urgency, no one to “shrei gevalt.” Have we as a Jewish community lost our sense of oneness and our commitment to the principle of “kol Yisrael arevim zeh bazeh” — all of Israel are responsible for one another?

On Holocaust Remembrance Day, when the sirens sound in Israel and we memorialize the day in Jewish communities throughout the Diaspora, we must recommit ourselves to never forget the 6 million victims.

But we must move from memory to action. We must do something to ensure that every survivor, no matter where they are, can live out their final days in decency. We owe them no less.

“Time is running out,” said the report by Israel’s state comptroller. “The survivors who experienced the events of the Holocaust are entitled to live the rest of their lives with dignity and to receive the recognition they deserve.”

That warning was focused on the forgotten survivors in Israel, but it could be about all forgotten survivors. Though we are neglecting our brothers and sisters in the Jewish homeland, there also remain hundreds of thousands of our kin throughout the world who are dying alone and in need for whom no sirens blare.

(Rabbi Yechiel Eckstein is the founder and president of the International Fellowship of Christians and Jews. For more on the forgotten Holocaust survivors, please visit forgottensurvivors.com.)