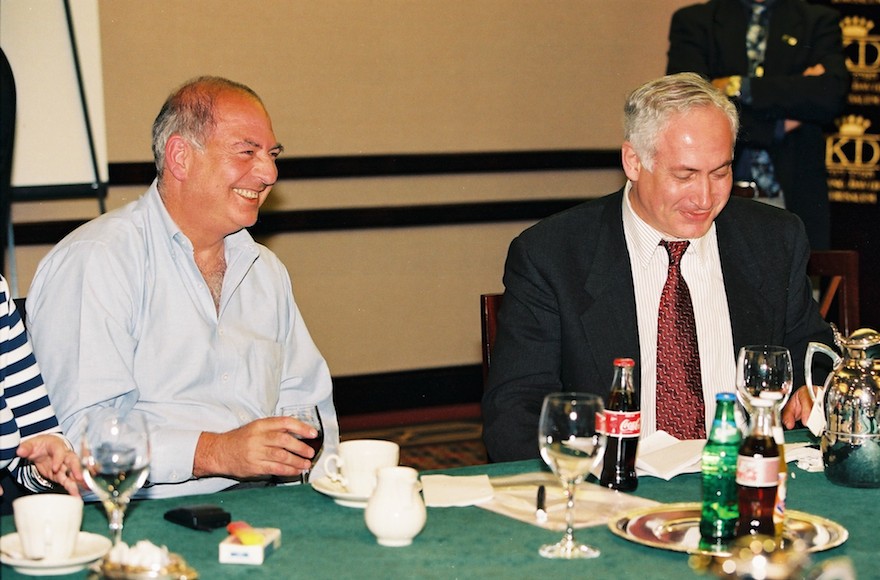 Finkelstein died Friday at his home in Ipswich, Massachusetts, of lung cancer. He was 72.

“Arthur, as everyone who has worked with him called him, had passion in his soul, poetry in his heart and brilliance in his mind,” Larry Weitzner, a family spokesman, said in a statement issued by the family. “He set out to change the world and he did just that.”

Finkelstein is credited with helping to elect U.S. presidents Richard Nixon and Ronald Reagan, and other U.S. political figures including Sens. Orrin Hatch of Utah and the late Jesse Helms of North Carolina, Strom Thurmond of South Carolina and Alfonse D’Amato of New York, as well as former New York Gov. George Pataki.

“He brilliantly helped develop Benjamin Netanyahu’s vision for a ‘secure peace’ and helped voters to view the hawkish war general Ariel Sharon as a leader who was also a trusted grandfatherly figure,” the statement from the family said.

Finkelstein “pioneered sophisticated demographic analyses of primary voters and methodical exit polling, and of using a marketing strategy, called microtargeting, to identify specific groups of potential supporters of a candidate regardless of their party affiliation,” The New York Times reported. “He would bombard them with appeals to support a candidate through direct mail and phone calls, coupled with television advertisements that mercilessly exploited a rival’s vulnerabilities.”

He also is credited with transforming the term “liberal” into a dirty word during the 1990s, according to the newspaper.

Finkelstein was the son of immigrant parents from Eastern Europe. He attended Columbia University, where he interviewed and helped produce radio programs for the author and philosopher Ayn Rand. He later earned a bachelor’s degree from Queens College in 1967 in economics and political science.

In 2013, he was honored by the American Association of Political Consultants and named to its Hall of Fame

In December 2004, Finkelstein and Donald Curiale, his partner of 40 years, were married in a civil ceremony in Massachusetts.

He is also survived by their daughters Molly and Jeni, granddaughter Maryn and brothers Ronald and Barry.