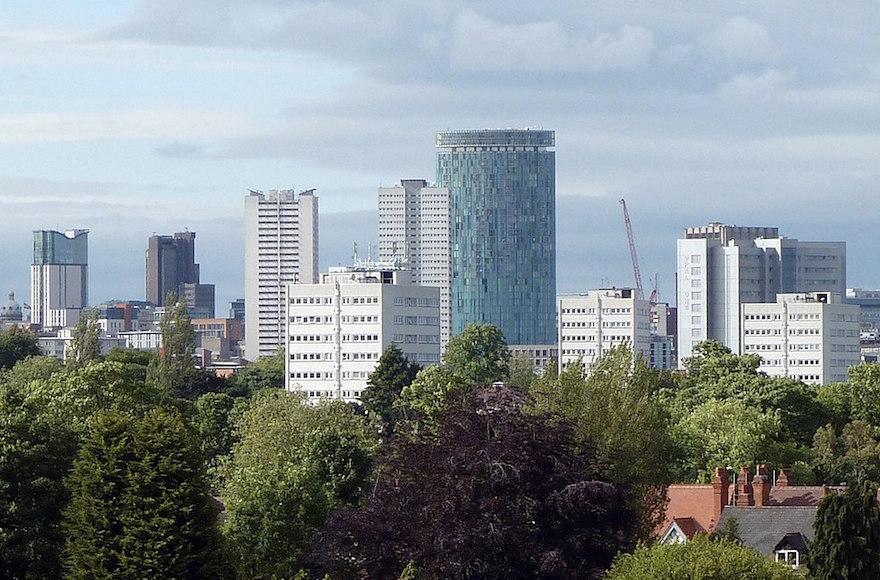 Birmingham, England, is home to a high percentage of Muslims. (Wikimedia Commons)
Advertisement

(JTA) — In a survey of 5,466 British adults, the prevalence of anti-Semitic views among Muslim respondents was two to four times higher than in any other segment of the population.

The results are part of a report titled “Anti-Semitism in contemporary Great Britain” that the London-based Institute for Jewish Policy Research published Monday based on face-to-face interviews and online questioners conducted earlier this year and in 2016 with help from the Community Security Trust, or CST.

“The prevalence of negativity towards Jews and Israel is, on average, twice as high among Muslims than the general population,” states the 85-page report, which includes data from interviews with 995 self-identified Muslims of varying degrees of observance, as well as 529 respondents from the far left and 355 from the far right.

Whereas nearly 80 percent of Christian respondents agreed with the statement that “a British Jew is just as British as any other British person,” only 61 percent of Muslims and 59 percent of the Muslims who described themselves as religious concurred.

Overall, however, about 70 percent of the respondents indicated that they have a favorable opinion of Jews and do not entertain any anti-Semitic ideas or views at all, according to the survey, the authors of a report about its conclusions wrote.

The report’s author, Daniel Staetsky of the Institute for Jewish Policy Research, said the report’s “strength of analysis owes a great deal to the size of the data set and the detail that it provides, but also, importantly, to our determination to let realistic and very specific concerns about anti-Semitism, held by Jews and non-Jews, inform the line of inquiry.”