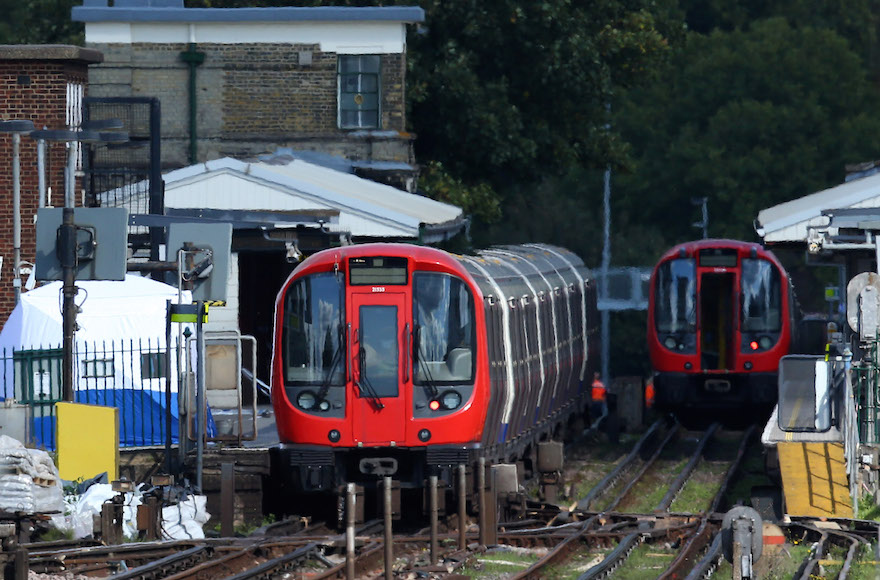 (JTA) — An underground train in London was hit with a detonated device in an apparent terrorist attack.

At least 22 people were injured in the explosion Friday morning, according to NBC News.

The explosion at the Parsons Green Station in southern London occurred at about 8:20 a.m. local time — the height of rush hour on a busy commuter line into central London. Police are treating it as a terrorist attack, Sky News reported.

British Jews said that their nation’s determination to “defeat extremists” is only strengthened by the incident.

The president of the Board of Deputies of British Jews, Jonathan Arkush, put out a statement shortly after the attack.

“Our thoughts go out to all of those injured in the terrorist attack on a train at this morning,” Arkush wrote in the statement. “The more the extremists attempt to disrupt our lives and challenge our values of tolerance and mutual respect, the stronger our resolve and determination to defeat them.”

CST, the security organization of the British Jewish community, reissued security instructions after the attack to report any suspicious objects to police. The explosion does not appear to be have targeted Jews in any way, CST also said.

Sylvain Pennec, a software developer from the London area, took images of a suspected explosive device that is believed to have caused the blast.

“I heard a boom and when I looked there were flames all around,” he told Sky News.  “People started to run but we were lucky to be stopping at Parsons Green as the door started to open.”

Pennec described what “looked like a bucket of mayonnaise,” adding that “I’m not sure if it was a chemical reaction or something else, but it looked homemade.”

London Mayor Sadiq Khan said in a statement: “The Metropolitan Police have confirmed that the explosion on a train at Parsons Green Station this morning is being treated as terrorism. Our city utterly condemns the hideous individuals who attempt to use terror to harm us and destroy our way of life. As London has proven again and again, we will never be intimidated or defeated by terrorism.”