No Jewish woman or family should face cancer alone 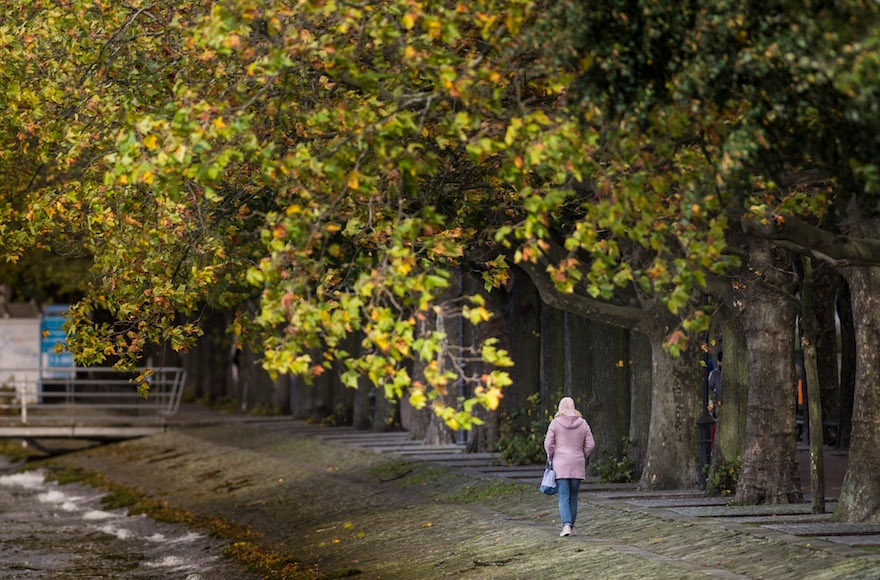 TEANECK, N.J. (JTA) — When Ilene Fogelman was first diagnosed with advanced stage breast cancer, it was hard for her to decide whether or not to look to the internet for support and information.

On the one hand, she wanted reassurance from women who outlived the three-year life expectancy for women and men with metastatic breast cancer, or MBC — also known as stage IV or advanced breast cancer. On the other hand, Fogelman knew that joining Facebook groups that focused on people living with stage IV cancer would be emotionally challenging.

It’s Breast Cancer Awareness Month and you will see a lot of pink, but you won’t hear much about metastatic breast cancer. MBC is cancer that has spread beyond the breast to other organs in the body. It is a chronic illness that is treatable but as of now incurable.

The study, led by Dr. Angela Mariotto of the National Cancer Institute, or NCI, and conducted in partnership with the MBC Alliance, reports that as of Jan. 1, 75 percent of those women were initially diagnosed with an earlier stage of breast cancer and experienced a metastatic recurrence months to years later.

The NCI study also finds that the median and five-year relative survival rate for women initially diagnosed with MBC is improving, especially among younger women. Further, an increasing number of women are living with metastatic breast cancer in the United States, likely the result of improvements in treatment that have extended survival for many patients and the aging of the U.S. population. The study estimates that the number of women living with MBC increased by 4 percent from 1990 to 2000, by 17 percent from 2000 to 2010, and is projected to increase by 31 percent from 2010 to 2020.

After Fogelman, who lives in Weston, Florida, learned at age 49 that she is one of those women, she did turn to Facebook.

“The first real question I posted was about my then-6-year-old daughter, Mackenzie, regarding her behavior and talking with her about cancer,” she said. “In one of the answers, someone pointed me in the direction of Sharsheret. I went online, filled out a form and immediately received a call.”

Sharsheret is the only national nonprofit organization that supports Jewish women and families of all backgrounds facing breast and ovarian cancer at every stage – before, during and after diagnosis. Sharsheret has specialized resources for women dealing with metastatic breast cancer and advanced ovarian cancer.

Fogelman was able to tap into an array of resources aimed at helping Jewish women like her cope with her diagnosis. A Sharsheret Busy Box included age-appropriate toys for her daughter, and resources helped her guide Mackenzie through what Fogelman calls the “cancer journey.”

“The Sharsheret support professional with whom I spoke thought I would benefit from a deeper conversation with a counselor,” Fogelman recalled. “That’s when I met Sharsheret’s director of navigation and support services, who I speak to weekly.

“Sharsheret’s counselor listened to me cry and listened to my worries. We talked about what was on my mind. She taught me how to ‘bobble head’ all the well-intentioned advice I received so I wouldn’t have to spend my energy explaining why I wasn’t going to take said advice. She helped me understand that it is OK [and necessary] to have ‘cancer free zones’” — that is, places and settings where survivors do not have to talk or think about their illness.”

Fogelman knows that despite the poor prognosis of MBC, survival rates for of women whose cancers are de novo metastatic — that is, metastatic from the initial diagnosis — has been increasing, especially among young women.

“I only have to look at this past year and say that Sharsheret gave me the greatest support services with the one-on-one calls I have had,” she said. “My counselor and I have laughed hysterically, and she has handed me a virtual tissue many times.

“While I will never be OK thinking that I could leave my child and husband in three years, I now focus on making memories and setting them up for success. I don’t think I’d be in a good place if not for her and Sharsheret.”

Dr. Ruth Oratz, a member of Sharsheret’s Medical Advisory Board, says research in the laboratory and clinic has led to great progress in helping women with metastatic breast cancer live longer and with a good quality of life.

“Better understanding of the molecular basis of breast cancer has allowed us to develop new treatment approaches that target specific types of breast cancer, with improved efficacy and fewer side effects,” said Oratz, a professor of clinical medicine at the Perlmutter Cancer Center at NYU Langone Health.

“We recognize that we still face many challenges; research must continue. We also know that we must address all aspects of living with advanced cancer: physical, emotional and spiritual. Doctors and patients share a common goal to make living with cancer a better reality.”

We can’t change the odds, but with Sharsheret, no Jewish woman or family will face breast or ovarian cancer alone.

If you are looking for a way to provide support, comfort and warmth to your loved one as she navigates breast or ovarian cancer, call Sharsheret at (866) 474-2774 to order a cozy throw blanket and introduce her to our personalized support and resources. Learn more at www.sharsheret.org.