Letters to Oskar Schindler from Jews he saved to be auctioned 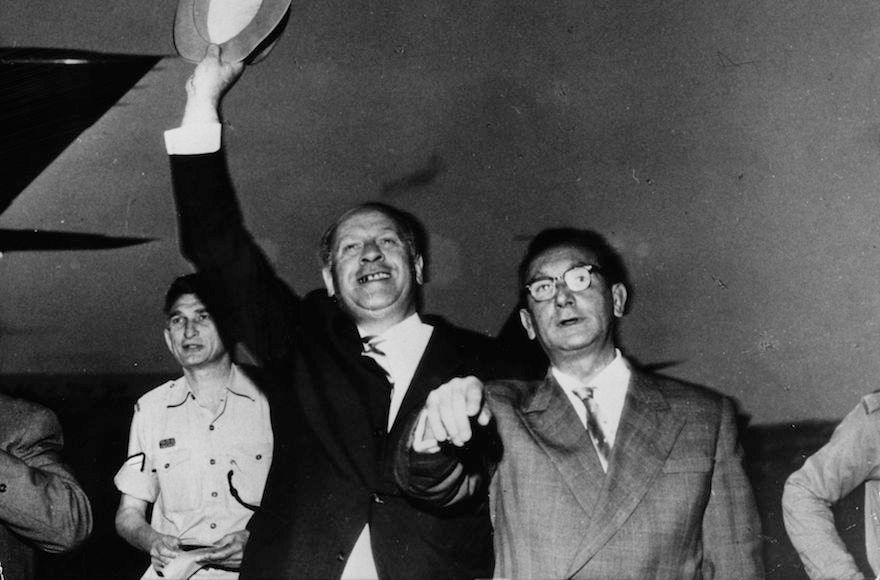 (JTA) — More than 70 letters from Jews saved from the Nazis by German businessman Oskar Schindler will be auctioned off.

Lawrences Auctioneers of England will be handling the Dec. 8 sale.

After Schindler and his wife, Emilie, fled Europe for Buenos Aires, Argentina, in 1949, they began to receive letters of gratitude from the Jewish employees of his Polish enamelware factory. Schindler protected his workers by bribing SS officers and including the workers and their family members on a list of essential munitions workers. His actions were recounted in the Oscar-winning Steven Spielberg film “Schindler’s list.”

“Although I never actually met you, it is an honor and privilege, as a spiritual heir to those whom you saved, to wish you a very happy and healthy birthday,” one of the letters reads, according to the Daily Mail.

“I was very moved by your courageous self-sacrifice. More importantly, however, I thank you Frau Schindler, for having restored my faith in mankind,” another letter said. Emilie Schindler sold her jewelry and clothes to buy food and medicine for the more than 1,200 Jewish workers.