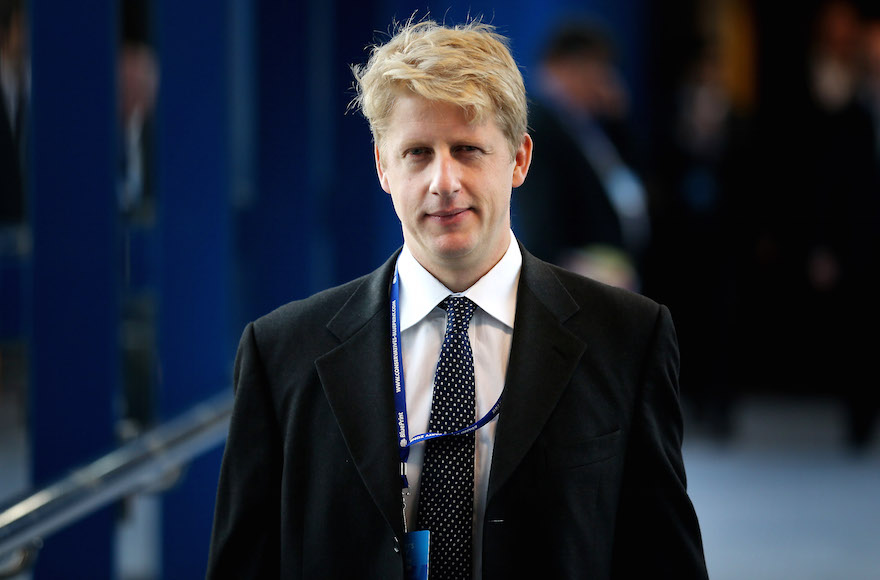 BIRMINGHAM, England (JTA) — In a move that may have mixed consequences for Israel advocates on British campuses, a cabinet minister threatened to fine universities that prevent free speech.

Jo Johnson, the British cabinet minister responsible for universities, said on Tuesday that “no-platforming,” the policy of banning controversial speakers, is stifling debate and may incur fines as of April. That’s when a new regulator — the Office for Students — will have the power to fine universities that fail to uphold free speech.

“In universities in America and worryingly in the United Kingdom, we have seen examples of groups seeking to stifle those who do not agree with them,” Johnson said during a speech at the Limmud Festival of Jewish learning in Birmingham. “We must not allow this to happen. Young people should have the resilience and confidence to challenge controversial opinions and take part in open, frank and rigorous discussions.”

Some advocates of Israel have complained that supporters of the Jewish state or even lecturers who were born there are being denied opportunities to speak at some British universities. But other universities have been criticized for banning anti-Israel speakers, including those affiliated with terrorist groups.

Yiftah Curiel, a spokesperson at the Israeli Embassy in London, in 2015 warned in an op-ed for Times Higher Education the that “On Israel, universities are becoming discussion-free zones.” His op-ed followed a ranking of free speech prepared by Spiked magazine that points to self-censorship practiced by many British universities, with Israel as a frequent issue that has been deemed “too controversial” to engage with on campus.

In 2013, the University of Essex invited an Israeli embassy official to speak there; he was barred from speaking by students who shouted and behaved in a disorderly manner.

But universities have also censored anti-Israel rhetoric, as well as appearances by far-right activists and Holocaust deniers.

Manchester University censored the title of a talk in March by Holocaust survivor Marika Sherwood, titled: “A Holocaust survivor’s story and the Balfour declaration: You’re doing to the Palestinians what the Nazis did to me.”

And in February, the University of Central Lancashire banned a meeting that was to be addressed by Ben White, an anti-Israel campaigner who, in a 2002 op-ed about Israeli policies, wrote that while he does not consider himself an anti-Semite, he “can also understand why some are.”