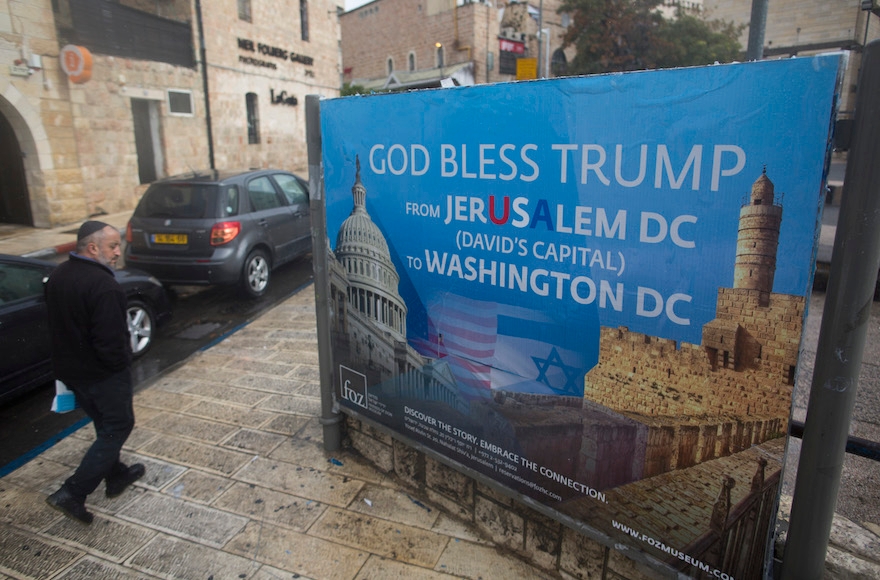 WASHINGTON (JTA) — President Donald Trump denied a claim by Israeli Prime Minister Benjamin Netanyahu that the U.S. Embassy would move to Jerusalem within a year.

“By the end of the year?” Trump said Wednesday in an interview with Reuters after being told of Netanyahu’s claim. “We’re talking about different scenarios — I mean obviously that would be on a temporary basis. We’re not really looking at that. That’s no.”

Trump’s reference to moving the embassy on a “temporary basis” and then saying “we’re not really looking at that” suggested the administration had examined proposals to rename the U.S. consulate in western Jerusalem but rejected them.

The Prime Minister’s Office clarified to the Israeli media on Thursday that what Netanyahu meant was that the United States is considering “interim measures” that would allow for its embassy to be moved to Jerusalem within a year.

U.S. officials have said previously that simply renaming a building the U.S. Embassy would not meet the complex security protocols required of embassies, and have also said the move to Jerusalem would take at least three years.

Netanyahu had told the Israeli media earlier in the day that he anticipated a move soon.

“My solid assessment is that it will go much faster than you think — within a year from now,” he said.

Trump pledged during his campaign to move the embassy. Last month he recognized Jerusalem as Israel’s capital, causing a breach with the Palestinians and upending an effort led by the president’s son-in-law, Jared Kushner, to revive Israeli-Palestinian peace talks.