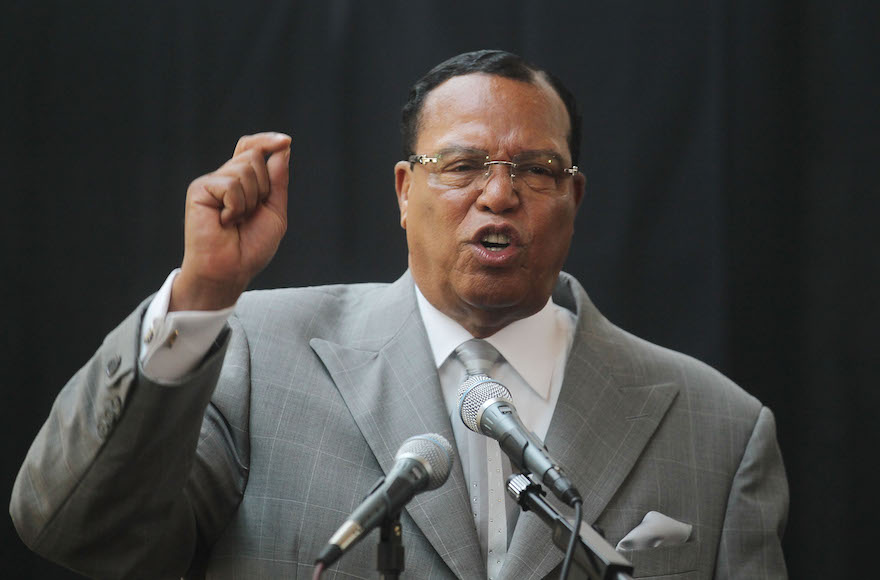 (JTA) — The leader of the Anti-Defamation League has called on former President Barack Obama to again denounce Nation of Islam leader Louis Farrakhan.

The request by Jonathan Greenblatt, the ADL’s national director, follows the release of a photo taken of the two men in 2005, when Obama was a U.S. senator from Illinois and a rising political star.

“Over his career, @barackobama has denounced the bigotry of Farrakhan. Time to do so again,” Greenblatt tweeted Sunday. “Leaders always should make sure that there’s no doubt: America is no place for those who advocate #antisemitism or hate.”

The Trice Edney News Wire first published the photo on Jan. 20 and quotes the photographer, Askia Muhammad, as saying that after snapping the picture at a meeting of the Congressional Black Caucus, an unidentified member of the caucus asked him immediately not to run the photo. As there was already talk in 2005 of Obama running for president, Muhammad said he and others did not want to harm the Democrat’s chances.

Farrakhan expressed support for Obama’s candidacy in 2008, and Obama’s pastor at the time, the Rev. Jeremiah Wright, had praised Farrakhan on multiple occasions. That made Farrakhan an issue during the primaries campaign that year, and Obama’s rival at the time, Hillary Clinton, called on him to repudiate Farrakhan. Obama did so during a primaries debate.

Obama has not commented directly about the photo.

Jewish leaders have repeatedly denounced Farrakhan as an anti-Semite, noting his speeches accusing Jews variously of conspiring to control the government, the media and Hollywood.