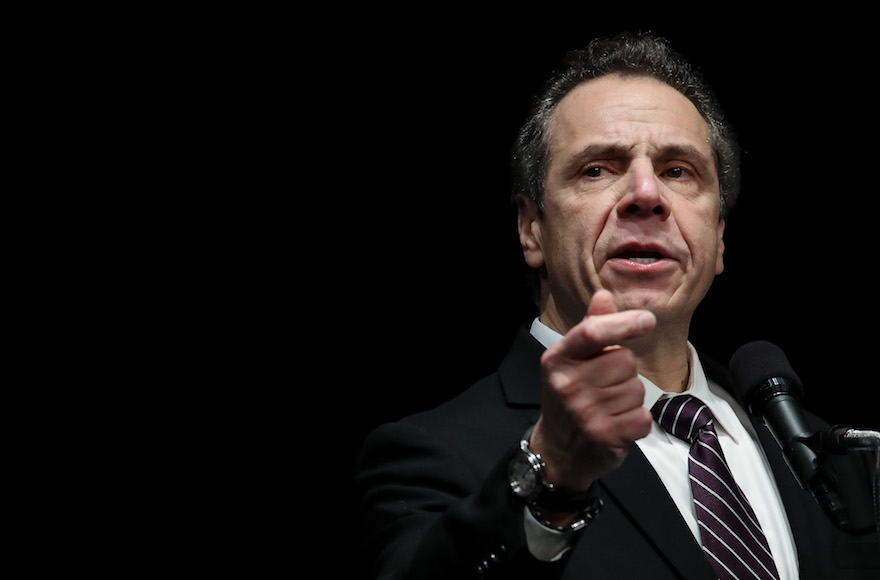 NEW YORK (JTA) — New York Gov. Andrew Cuomo has major name recognition and a profile he potentially hopes to parlay into a 2020 bid for president of the United States.

But Cuomo is facing a major obstacle in accomplishing much on his agenda, and it isn’t Cynthia Nixon, the actress who announced recently that she is running against the state leader in September’s Democratic primary as he bids for a third term.

Rather it is an Orthodox Jewish state senator named Simcha Felder who is providing the key roadblock. Felder, who is also a CPA and ordained rabbi, represents the 17th District, which is the most heavily Orthodox Jewish, and whitest, voting area in New York state. Within its boundaries are Borough Park, Flatbush and parts of Sheepshead Bay, conservative areas that are as culturally different from the progressive bubble of Brownstone Brooklyn as arranged marriages are from the love lives of Carrie and Miranda on “Sex and the City,” the popular TV show starring Nixon in the late 1990s and early 2000s.

Felder, who was elected as a Democrat, votes along Republican lines in the closely divided State Senate and has blocked the governor from achieving several things he would have accomplished with a truly Democratic majority, like the state budget. One example: Felder recently held up passage of the $168 billion fiscal plan until the state agreed not to interfere in the curricula at Orthodox yeshivas. The education of the approximately 57,000 students at New York yeshivas has been under a spotlight for failing to hold to the same standard of basic secular instruction as other schools.

Felder’s power was recognized when the New York Post recently crowned him “Albany’s unlikely kingmaker.” The tabloids call him “rogue” and a “turncoat.”

An effort to reach Felder for an interview was unsuccessful. His media liaison said he was unavailable.

While Cuomo reportedly is doing all he can to field a candidate to challenge Felder in the September primary election, the Orthodox legislator has little reason to feel much pressure. He is backed by a constituency that is growing both in size and self-confidence, say political observers. 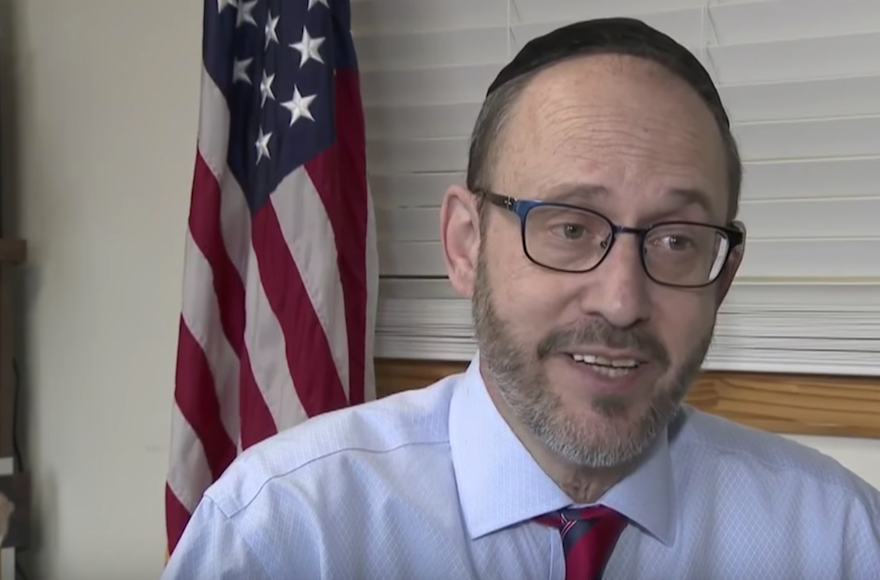 Simcha Felder held up passage of the $168 billion state budget until New York agreed not to interfere in the curricula at Orthodox yeshivas. (Screenshot from YouTube)

Attacks by the governor or anyone else on Felder will serve only to alienate those voters further from the Democratic Party, they say. The days when Jews, especially the Orthodox, automatically voted Democrat are over.

“The demographics in Brooklyn are shifting radically,” said Hank Sheinkopf, a longtime political consultant who works mostly with Democratic candidates, as well as an Orthodox-ordained rabbi. “The non-Hasidic Orthodox Jewish community is growing exponentially.”

The 17th is an overwhelmingly Jewish and Orthodox district — by design. Gerrymandered into existence in 2012, the district is 70 percent white voters and 60 percent Jewish voters, according to Blake Morris, a Brooklyn attorney who is the only declared candidate for Felder’s seat. Morris also is Jewish, though not Orthodox, he told JTA. At 42 percent, Orthodox Jews comprise by far the largest share of district voters.

Asians and Latinos each count as 12 to 15 percent of the electorate; African-Americans are less than 3 percent.

Morris said the district is “whiter than New York state as a whole.”

With Orthodox Jews comprising such a significant plurality of the district’s voters, it’s no wonder they support Felder’s conservative approach to policy votes.

His constituency’s voting represents “the Republicanization of Brooklyn,” Sheinkopf said.

“Younger [religiously] observant people are flooding Brooklyn, they have limited allegiance to the Democrats and their values put them in conflict” with liberal positions, he told JTA. “Over the next 10 to 15 years, they are likely to completely leave the Democratic Party, which they’ve already done at the presidential level, and that does not bode well for Democrats” in New York City.

Jerry Skurnik, a partner in Prime New York, a political consultancy that sells data to candidates’ campaigns, said it appears that the Orthodox vote is growing as a higher proportion of the overall vote.

“A higher percentage of Orthodox Jews are voting than non-observant Jews,” Skurnik said. Orthodox voters today “are voting more conservatively politically” than they have in the past.

Sheinkopf distinguishes between the haredi, or “ultra-Orthodox,” Jews of upstate enclaves like Kiryat Joel and Brooklyn’s Crown Heights and the more affluent, modern community in the 17th.

They are “less dependent for handouts” or government aid secured by elected officials than their haredi brethren, “and are coming into their own,” he said. “They’re going to seek their own way. If their symbols — like Felder — are attacked, they’ll seek to assert their own power.”

Morris said the Orthodox population isn’t the only one in the district that is growing.

“The Orthodox Jewish population is very robust but populations in Sunset Park, which are mostly Asian and Latino, are exploding in growth,” the candidate said. “Flatbush has had a very steady population and is now increasing in size because there’s a building boom.”

Will these changing demographics and voting patterns have any effect on the national scene?

“Simcha’s relative power in the Senate is based on the partisan balance of power more than the power of Orthodox Jews,” Pollock told JTA.

And yet, he said, the Orthodox Jewish community is also becoming more powerful because it is becoming more sophisticated in how it approaches politics. Pollock cited successful lobbying efforts by the Orthodox Union to get increased government funding for Jewish schools, and by Agudath Israel of America for security funding to protect nonpublic schools.

Teach NYS, a largely Orthodox coalition of private school educators, helped win $289 million in the new state budget for non-public school use, including a record-breaking $40 million for school security.