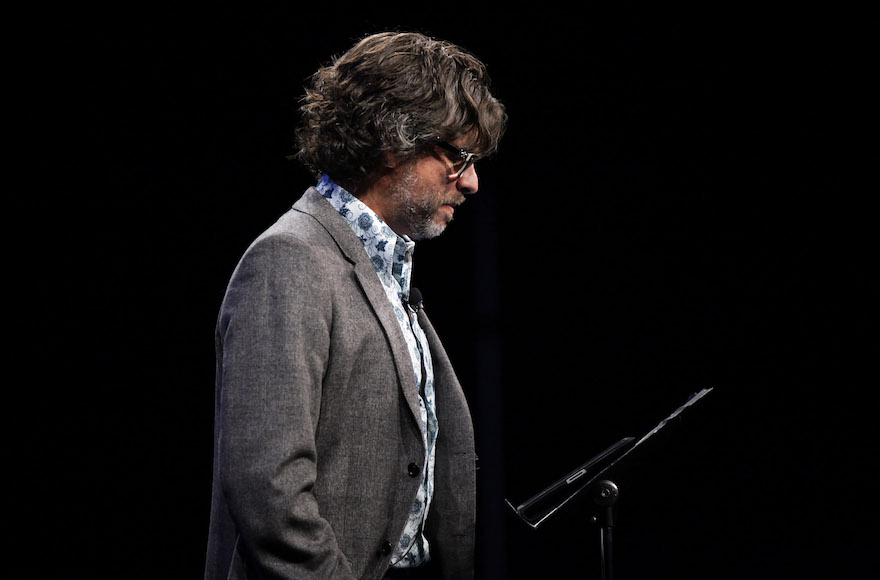 As a proud member of the left camp, I’ve never said that marriage between two Jews is a bad thing, and if that is what Chabon meant, he’s wrong. But in his commencement speech last month at Hebrew Union College-Jewish Institute of Religion, the novelist didn’t “inveigh against inmarriage itself.”

This is what he actually said: “Any religion that relies on compulsory endogamy [inmarriage] to survive has, in my view, ceased to make the case for its continued validity in the everyday lives of human beings.”

It’s also not fair to say that Chabon wants to “dismantle Judaism.” Remember, this was a speech to HUC graduates. He explains that division and boundaries ultimately can lead to the feeling that “we are not those people over there.” His real concern is that religious traditions have justified or prettified the dirty work of denying other humans their humanity.

In his charge to the graduates, Chabon urges them to move outward, opening hearts and minds to those on the other side; to knock down walls, find room in the Jewish community for all who want to share in our traditions; to expand the protective circle of Jewish teachings around the “other” and, yes, to seize the opportunity to enrich the Jewish cultural genome by the changes that result from increased diversity – i.e., intermarriage. It doesn’t sound like dismantling Judaism to say, as Chabon does, that it has reinvented itself over history by being mutable and flexible, and that could and must happen again.

Fishman and her co-authors write that those in the left camp don’t believe the right is sincerely committed to tolerance and welcoming. Their own words, perhaps unintentionally, undermine such a commitment. They talk about intermarriage as “a threat to the health of American Jewish life.” That analogizes intermarriage as an illness, sickness, virus, cancer. Saying that intermarriage is “a step toward Jewish self-destruction” is a self-fulfilling prophecy. With all respect, they don’t seem to understand the negative, off-putting impact that these kinds of statements have on interfaith couples who might otherwise be interested in engaging in Jewish life.

As they write, millions of Jews “cherish the cultural richness that the celebration of the Jewish calendar year brings to their lives and the lives of their families.” So, too, do many intermarried Jews and their families, just as they can be and are “captivated by the intellectual wealth, moral wisdom and cultural complexity of Judaic text study,” “the warmth of Jewish community” and the opportunity ” to “demand social justice in the name of Judaism” and to engage with Israel.

Wouldn’t including interfaith families in that conversation attract instead of repel them? How mainstream Jewish leaders think and talk about intermarriage is what’s important, not what Michael Chabon did or didn’t say or mean.

In order to engage interfaith families, Jews and Jewish leaders and organizations need to adopt radically inclusive attitudes – treating interfaith couples as equal to inmarried couples, and partners from different faith traditions as equal to Jews – and to embrace the radically inclusive policies that follow from those attitudes, supporting full and equal participation in Jewish life and community. That is the central thesis of the book I have written for publication in the spring of 2019. Radical inclusion is the opposite of the compulsory endogamy Chabon rejects, and opens up to the “other” distinctive Jewish traditions that offer ongoing validity for their lives.

We need to broaden our thinking about heirs to Jewish tradition and include not only those who are born Jewish or Jews by choice, but those who are in relationships with Jews. We need to adapt our concept of Jewish “people” to a broader Jewish “community” that includes everyone who is Jewishly engaged – Jews, their partners from different faith backgrounds and their children – to welcome and include all of those people as heirs to our valuable heritage.

The left is not indifferent to intermarriage and, unlike Chabon, does not celebrate intermarriage because it’s intermarriage. Instead, it celebrates any marriage involving a Jewish partner and seeks to maximize the Jewish engagement of those marriages.

I urge those who are holding on to distinctions between the inmarried and the intermarried to consider what it would mean to maximize the Jewish engagement of interfaith families – the Jewish partner, the partner from a different faith background and, most important, their children. What steps can be taken toward that end? What do we lose by turning our backs on those families? What do we gain by embracing them?

Which side of that question are you on?

(Edmund Case, the retired founder of InterfaithFamily, writes on intermarriage issues at www.edmundcase.com.)

Michael Chabon’s views on intermarriage are increasingly mainstream. They are also morally abhorrent.