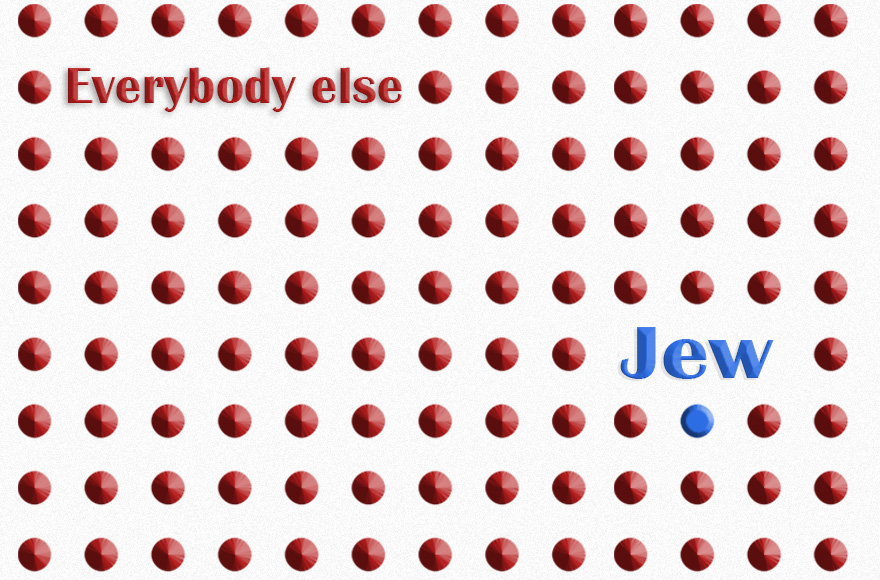 NEW YORK (JTA) — A few months ago I wrote a humor piece titled “Don’t eat off the seder plate, and other tips for non-Jews attending their first seder.” It drew a miffed response from a rabbi friend who often works with interfaith families. He suggested “it’s time to drop terms like ‘non-Jew’ and gentile.”

At the time I scoffed. Yes, it is a little weird that a people who represent less than 0.1 percent of the world’s population define everybody else as “not us.” It’s like someone with lactose intolerance saying he doesn’t eat “dairy ice cream.” Which is technically true, although it tends to over-privilege Tofutti.

And yet non-Jew and gentile have their uses, especially if you write about Jews for a living. Whether you are making demographic distinctions, writing about Jews in relation to their neighbors or talking about Jewish practices that cross over into wider culture, non-Jew comes in handy. Unless you want to pretend there are no distinctions between people who identify as Jews and people who identify as something else — and making such distinctions strikes me as about 85 percent of the entire Jewish enterprise, starting at Sinai — why would you retire two perfectly serviceable words? Who do you offend by keeping them?

Then I met Lindsey Silken, the editorial director at InterfaithFamily, a resource for people in interfaith relationships. Lindsey and I sat on a panel at a Jewish journalism convention last week, and she passed around her inhouse style guide. It explained why they don’t use terms like half-Jew, shikse, gentile and, yes, non-Jew.

I get why half-Jew could be offensive in that is assumes the subject can’t possibly identify as fully Jewish. (And here I am obligated to quote the famous Groucho Marx quip, when an anti-Semitic swimming club refused admission to his daughter: “She’s only half Jewish,” Groucho said. “How about if she only goes in up to her waist?”) Shikse, that awful Yiddish term that derives from Hebrew for an abominable creature, is obviously beyond the pale. And gentile just feels so smug and fusty, like, I don’t know, a 20th-century anti-Semitic swimming club.

But what’s wrong with non-Jew? InterfaithFamily says it is about the feelings of partners involved with Jews.

“By constantly leading with the negative in reference to a Jewish person’s partner, it can be perceived as derogatory,” according to the guide. “It can make the people it is referring to feel excluded and on the outside of the Jewish community.”

Instead of non-Jew, the guide suggests “partner who is not Jewish, partner from another faith, not Jewish, person from a different background, person who isn’t Jewish.” In other words, don’t reduce someone to what they are not, as if their entire identity is defined by their inverse relationship with a Jew.

There are a few centuries of debate behind the words InterfaithFamily hopes to retire. At the core of the debate is the traditional taboo on interfaith marriage. Traditionalists, sometimes called the “normative school,” want to reinforce the notion that Jews should marry Jews in the interest of continuity. Isaac Herzog, the newly elected chairman of the Jewish Agency for Israel, announced his membership in the normative camp this week when he referred to interfaith marriage as an “actual plague,” adding “there must be a campaign, a solution. We have to rack our brains to figure out how to solve this great challenge.” Other traditionalists nodded, noting that support for Israel and engagement with Jewish life plunges outside of Jewish-Jewish marriages.

Interfaith activists want to make the community welcoming to mixed families. Members of this “welcoming camp” also talk the language of continuity, saying that mixed families certainly will not raise their children as Jews if they don’t feel comfortable in Jewish settings. And they talk the language of post-modernity, saying Jews can’t stand at the shores of multiculturalism like King Canute, wishing away the inevitable waves of diversity that come with a free society.

For those of us who do write about Jews and their significant others, that means taking sides. Sort of. It’s not our job to judge the debate between the normative and welcoming camps. But our language has nonetheless evolved along with the Jewish community, and reflects shifts in the Jewish conversation. “Non-Jews” itself replaced “gentiles” over the years. “Jewess” went the way of the corset; “goy” shows up only in direct quotes or if modified by “Shabbos,” which is a term of art and not a slur. We now use “haredi” instead of “ultra-Orthodox.” And we long ago stopped assuming “rabbi” denoted a male, a “minyan” meant 10 men and “congressman” is the default for a lawmaker.

This week we’ve been sharing around the office a JTA dispatch from 1934 that is harrowing in its casual racism. (Residents of Harlem are referred to as “the dusky, happy-go-lucky denizens of Africa in Manhattan.” Wow.) How will we be judged in 84 years? What words will mark us as hopelessly mired in the prejudices of our times?

So I am not scoffing anymore. I think we can limit the use of non-Jew, especially to refer to individuals. It still remains a useful distinction if, for instance, we are reporting demographic perspectives on religious practice, genetic differences and voting patterns. But if it avoids insulting someone, why not refer to individuals as the “partner from another faith” or a “person from a different background”?

As for humor? A little flexibility is called for. I am reminded of the Jewish man who converts to Christianity and becomes a minister. Giving his first sermon, he stands before the congregation and says, “Fellow …”