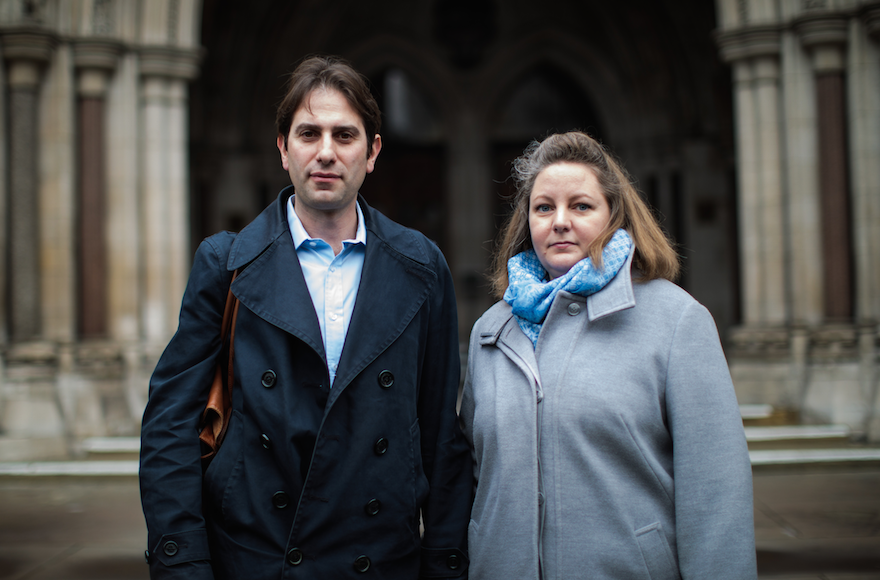 (JTA) — A heterosexual Jewish couple in Britain won the right to enter into a civil partnership.

Previously, only same-sex couples were eligible for civil partnership.

Britain’s Supreme Court ruled Wednesday that the couple was discriminated against when in 2013 they rejected traditional marriage, since they believe it is sexist, and applied to register their union as a civil partnership.

Rebecca Steinfeld, 37, and Charles Keidan, 41, of London have been together since 2010 and have two children, the BBC reported. The couple told British media the “legacy of marriage” has “treated women as property for centuries,” so they did not want to enter into that institution.

“We want to raise our children as equal partners and feel that a civil partnership — a modern, symmetrical institution — sets the best example for them,” they reportedly said.

The Civil Partnership Act 2004 says only same-sex couples are eligible for its protections, which include the same legal treatment as in marriage for inheritance, tax, pensions and next-of-kin issues. Since March 2014, when same-sex marriage was legalized, same sex-couples could choose to enter a civil partnership or to get married.

The court called the Civil Partnership Act “incompatible” with human rights laws on discrimination and the right to a private and family life. The ruling does not require the government to change the law, though it is likely that it will, according to reports.

Britain’s Court of Appeal rejected the couple’s request in February 2017, and in August the case was accepted by the Supreme Court.