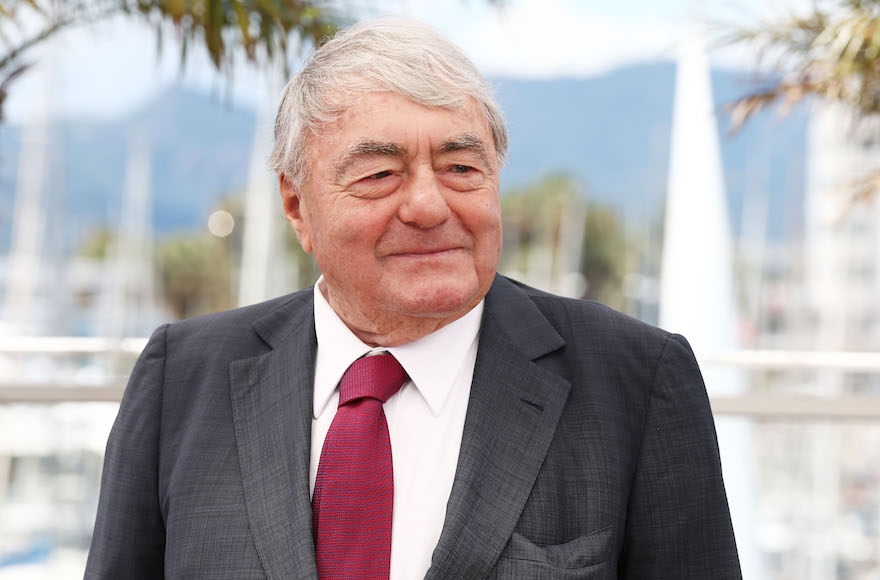 (JTA) – Claude Lanzmann, one of the world’s foremost makers of documentary films about the Holocaust, died Thursday at his home in Paris. He was 92.

Lanzmann, a French Jew, was best known for directing the canonical 1985 film “Shoah,” a nine-hour documentary bearing the Hebrew-language name of the Holocaust. But his many projects “have changed the history of filmmaking forever,” Le Monde wrote in an obituary for Lanzmann.

His works about the Holocaust were extensive and innovative in that they were among the first to tackle for a wide audience aspects of the genocide that had been scarcely discussed for their sensitivity, including the role and level of knowledge of locals in Eastern Europe about the mass murder of Jews in their countries. He also dealt with the divisive subject of Jews working in the service of the Nazis in the framework of the annihilation.

“‘Shoah’ is a work about the present, representing the way those who were there live with trauma and the memory of it,” said Liat Benhabib, the visual center director at Yad Vashem. “Holocaust films of all genres changed after ‘Shoah,’ which also served to shine a spotlight on survivor testimony in an unprecedented scope and manner.”

Lanzmann, who in 2011 received the French Legion of Honor, the country’s highest distinction of merit, had two children, one of whom, Felix, died last year of cancer at the age of 23. Lanzmann was deeply affected by Felix’s death, Le Monde wrote.

Parallel to his filmmaking career, Lanzmann also was an author and frequent contributor of essays to mainstream publications in France and around the world. In 2012, he published a biography titled “The Patagonian Hare,” which covers a range of subjects in which Lanzmann had been involved, including human rights violations in North Korea and the fate of Holocaust survivors who had been maimed in medical experiments.

One of Lanzmann’s most recent and profound cinematic works was released in 2013. “The Last of the Unjust,” a documentary, is based on interviews that Lanzmann conducted in 1975 with Benjamin Murmelstein, the only surviving president of the Jewish Council in the Theresienstadt concentration camp.

Shunned after the war as a collaborator, Murmelstein was imprisoned and then acquitted by the Czech authorities. Yet the perception of guilt over what was then largely a taboo remained and was analyzed openly in Lanzmann’s intimate interviews, which were conducted over the course of a week during which the two developed what looks like a friendship.

“Claude Lanzmann’s cinematic work left an indelible mark on the collective memory, and shaped the consciousness of the Holocaust of viewers around the world, in these and other generations,” said Yad Vashem Chairman Avner Shalev. “His departure from us now, along with our recent separation from many Holocaust survivors, marks the end of an era.”

Natan Sharansky, outgoing chairman of the Executive of The Jewish Agency for Israel, also paid tribute.

“Claude Lanzmann was singlehandedly responsible for keeping the memory of the Holocaust alive in the hearts and minds of so many around the world,” Sharansky said, adding “For that, we owe him a great debt of gratitude.