Conservative movement is closing its gender gap, but there is still work to be done 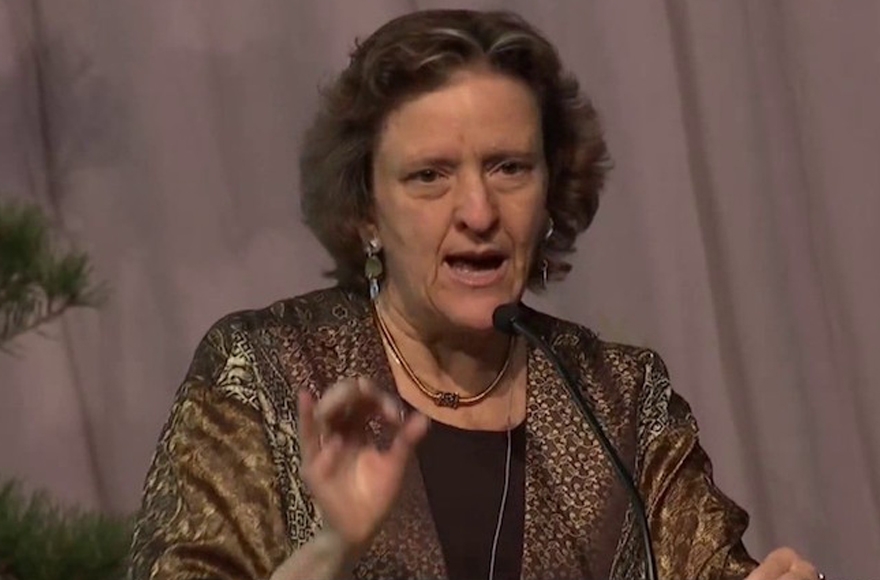 Amy Eilberg, the first woman ordained by the Conservative Movement's Jewish Theological Seminary in 1987, speaking at the Parliament of the World’s Religions, December 2016 (Screenshot from Youtube).
Advertisement

(JTA) — As the Jewish world this year marks Israel’s 70th anniversary, we recall that two years before Israel’s independence, a momentous change came in the Conservative movement: Its then new prayer book, known as the Silverman siddur, no longer contained the traditional words “Shelo Asani Eisha” — thank you God for “not making me a woman.” Instead, it thanked God for “making me a free person.”

That remarkable decision, made at least a year or two before the siddur’s 1946 publication, came as war was raging and the challenges that faced the Jewish community were almost unimaginable. Yet amid all that a group of men — we’d like to say a group of people, but we all know it was a group of men — concluded that the Conservative movement was going to treat women in a different way. Even then. That decision is a direct line to the roles we both have today.

As the presidents of the Rabbinical Assembly, which represents Conservative/Masorti rabbis, and of the Cantors Assembly, each of us is only the second woman to hold her position.

Women clergy still have a long way to go in the Conservative movement. We won’t be nearly close to parity with men until we can stop talking about “the first” or “second,” or even “the third” or “the fourth,” female leader to hold a given position.

Yet we would be remiss if we did not acknowledge the efforts and strides made by the Conservative movement since 1985, when Amy Eilberg became the first woman ordained by the movement’s Jewish Theological Seminary, and 1987, when Erica Lippitz and Marla Rosenfeld Barugel became its first cantors — even if it took another three years for the Cantors Assembly to vote to admit women and four years for them to be inducted.

In the years since, our movement has modeled what organizations should do if they are seeking to reach parity between men and women. Early in our careers, each of us was the only woman on a committee of our respective organizations, often the youngest and sometimes feeling too inexperienced even to be serving on the committee. But to their credit, those committee members went out of their way to select at least one woman for each committee.

Today, Rabbinical Assembly and Cantors Assembly committees — as well as synagogue committees and boards themselves — work hard for balance between men and women, with women just as likely as men to head these groups.

This isn’t to say that each of us didn’t face — and many female clergy still face — challenges. There are congregants and others who look askance at female rabbis and cantors. And there are the typical challenges that far too many working women confront everywhere: pay gaps, questions about how we will care for our children, comments about our clothing and appearance, worries that we are shortchanging our children and spouses, and symptoms of superwoman syndrome because we want to do it all.

Too many of us still have to remind ourselves we’re just as good as men — perhaps in some skills better. Too few of us hold senior positions, especially in large congregations.

And some among us sadly can say #GamAni, #MeToo.

Yet given that women’s tenure in the rabbinate and cantorate is just a drop in the bucket of thousands of years of men holding those positions, and that men in our professions still far outnumber women — the Rabbinical Assembly’s membership is some 1,700 men and only 350 women, while the Cantors Assembly can now boast that one-third of its 600 members are women — we marvel at how far the Conservative movement has come, appreciate that it still strives to be better and promise to use our platforms to push it further along.

We rejoice in the acceptance of Conservative Judaism’s next generation: In the little girl who asked to portray a rabbi in a class play or chooses the type of flowered dress and dangling earrings that her family rabbi wears. And in the young child who visits an out-of-town synagogue and exclaims, “I didn’t know men could be cantors, too!”