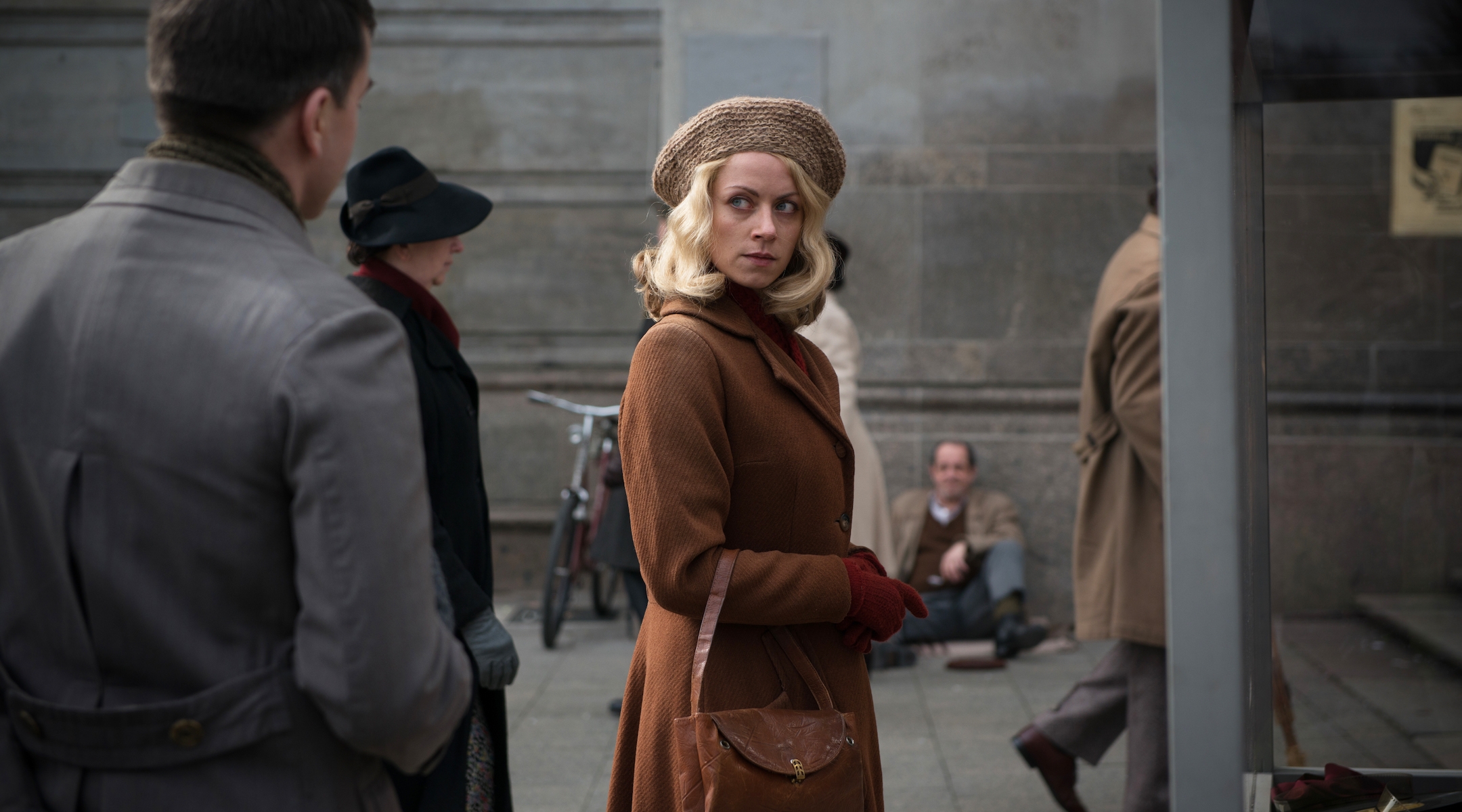 (JTA) — In May 1943, after years of killings and deportations, the Nazis declared Berlin “judenfrei,” or free of Jews. What they didn’t know was that approximately 7,000 Jews remained in hiding in the city, and not only in attics and basements — often in plain sight.

“The Invisibles,” a German film, tells the story of four of these real-life Jews who hid from their oppressors in everyday Berlin society. It’s a story that has been told before — in 1982, Leonard Gross published “The Last Jews of Berlin,” a critically acclaimed best-seller that covered similar ground — but never in such a unique way. Part documentary, part cinematic re-creation, the movie weaves together footage of interviews with four of these survivors into a slightly fictionalized docudrama.

For co-screenwriter and director Claus Rafle, the project started in an unlikely place: a bordello. He was shooting a documentary in 2004 about the legendary Salon Kitty, a brothel that German intelligence bugged to get dirt on high rollers, both Germans and visiting dignitaries. In the research phase, an old man told him that he had information about a young Jewish woman who was hidden by the establishment’s owner and immigrated to America after the war.

Supposedly, Rafle was told, she was a subject of the popular mid-1950s Ralph Edwards documentary show “This is Your Life.” That a Jew managed to survive in Berlin during the war amazed and fascinated Rafle, and his mind filled with cinematic possibilities.

With the help of historians, he tracked down and interviewed 20 or so of these survivors who stayed in Berlin. He ultimately decided to concentrate the film on two women and two men: Hanni Levy, Ruth Gumpel, Cioma Schonhaus and Eugen Friede.

They hid in abandoned buildings or were hidden by righteous Germans, and all had epic stories. Schonhaus, for instance, forged hundreds of passports and used one of them to cross the border into Switzerland just prior to his imminent capture. Friede joined the Jewish resistance, spending much of his time handing out leaflets and hunting Jewish traitors and informants cooperating with the Nazis.

“The Invisibles” is Rafle’s first theatrical film; his previous documentaries aired on German television. In part because of the bigger canvas, he decided to forego the traditional mix of head-and-shoulder interviews combined with archival footage. Instead he chose to add re-creations of actual events, believing it would provide audiences a “deeper understanding” of the events.

The approach has resonated. Only 55 prints of the film were made for German distribution — a comparatively small number, even for the small German film market — but over 100,000 Germans saw it. That led to an international release: It will open Jan. 25 in New York and Los Angeles, followed by a national rollout.

Rafle, 57, has a dark connection to the subject matter: His grandfather was a Nazi. 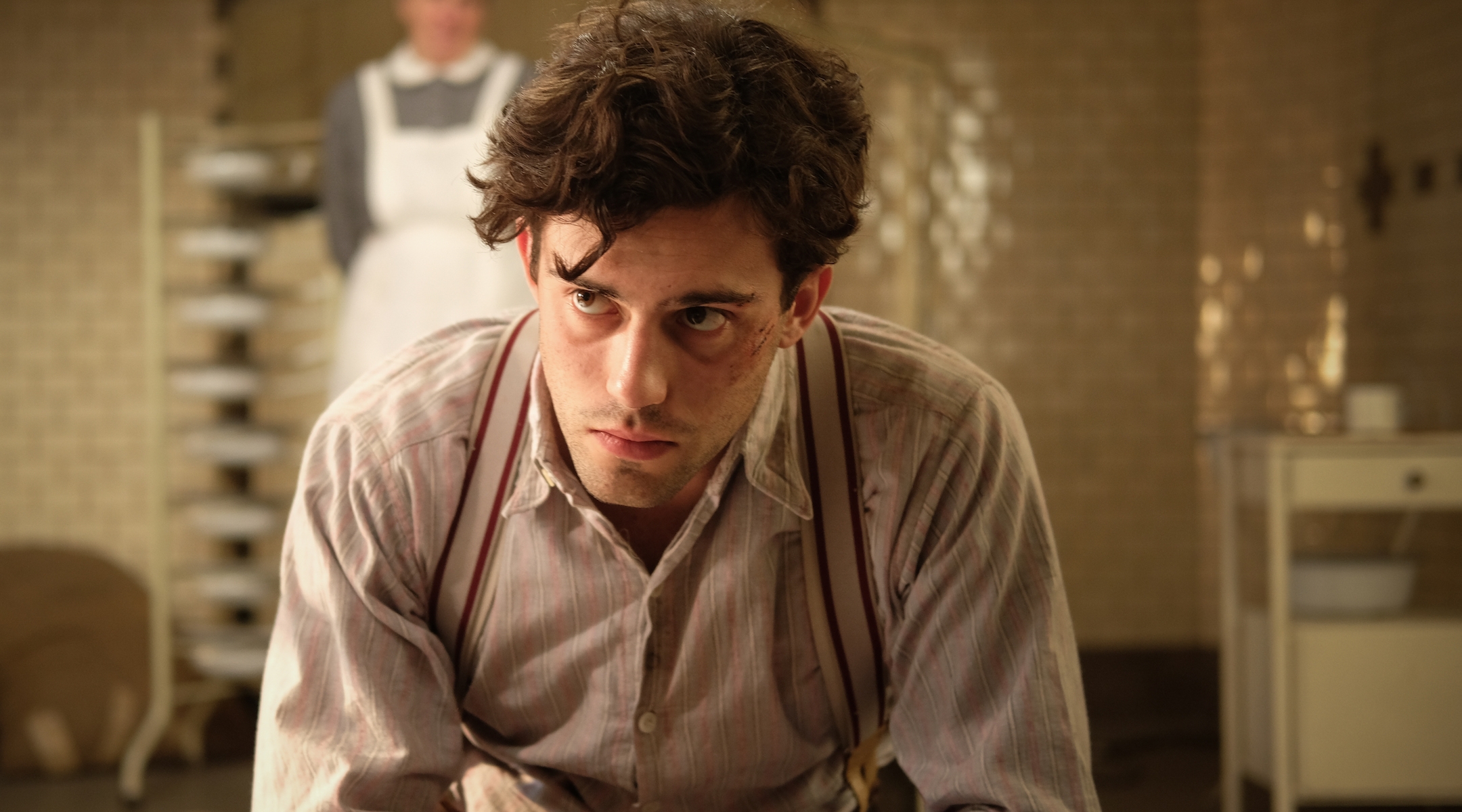 “He was one of those Germans who thought the Nazi movement was one of the best things to happen to Germany,” Rafle said. “I remember when I was 13 or 14 years old, I asked him if he was in the army. He just didn’t want to talk about it.”

In part because of this, Rafle was uncertain how the film would be received when it was shown in Israel in April.

“I was a little bit nervous about how the people would feel about it. I’m not Jewish. The movie touches a very sensitive point of [Jewish] history,” he said.

But crowds in Jerusalem and Tel Aviv liked it very much.

“The people of Israel liked it because it showed some [German] people with a heart, who wanted to do something to help,” Rafle said. “There weren’t many, but there were some. And there were people in this terrible dark age who survived in Berlin because of them.”

While in Israel, he visited the Yad Vashem Holocaust memorial and museum in Jerusalem and was happy to find that the people who aided the four survivors in his film were all honored as Righteous Among the Nations.

“I didn’t get emails or anything like that because I’m not really on social media,” Rafle said. “I heard about those negative comments, but I didn’t read them.”

After Hanni Levy appeared on a French television show with Rafle, she was subject to threats so potentially serious that the matter was turned over to the police.

But aside from that, reaction to the film has been positive and emotional.

“The Invisibles” debuted last year at the New York Jewish Film Festival, and Rafle remembers watching one of the last climactic scenes, when Russian troops capture two young men they assume are Nazis. They say they are actually Jewish, but the Russians can’t imagine Jews surviving the war in Berlin and don’t believe them.

One of the Russians is Jewish, and he insists his prisoners say a Jewish prayer. So they recite the Shema.

“My wife and I were standing at the side [of the auditorium] and we were watching the people, many of whom were Jewish, and some of them were moving their lips,” Rafle said. “They were saying the prayer as well.”