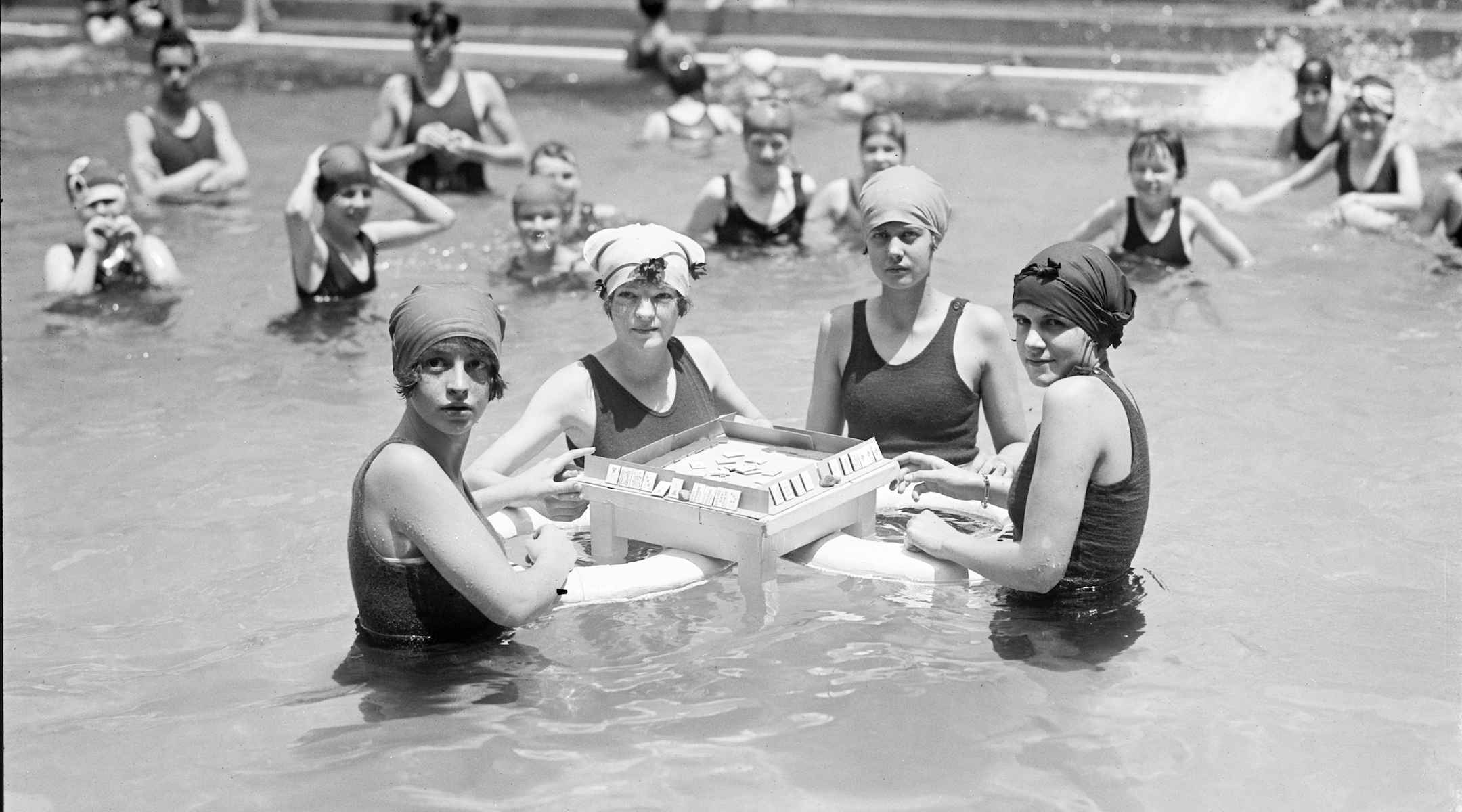 NEW YORK (JTA) — While looking at family photos, historian Pamela Nadell noticed how female relatives dressed differently with each generation. Her great-grandmother wore a high lace collar and covered her hair with a wig, like some Orthodox Jews. Her daughter’s go-to is a pair of skinny jeans.

Nadell, a professor of Jewish studies and women and gender studies at American University, saw an evolution in the images — not only in how her family members thought about being Jewish but of American Jewish women at large.

That inspired her latest book, in which she chronicles the history of American Jewish women. Nadell calls it “the culmination of a lifetime of scholarship.”

“America’s Jewish Women: A History From Colonial Times to Today,” which will be released on March 5, combines the stories of prominent Jewish women — among them poet Emma Lazarus, labor organizer Bessie Hillman and Supreme Court Justice Ruth Bader Ginsburg — with those of women whose names are much lesser known.

Nadell, 67, doesn’t like to refer to the latter as “ordinary” but rather as “women whose lives were spread over smaller canvasses.”

“I don’t want to just talk about the famous,” she said in a phone interview. “That’s not really women’s history. Women’s history is understanding the breadth and trajectory of women’s lives writ large.” 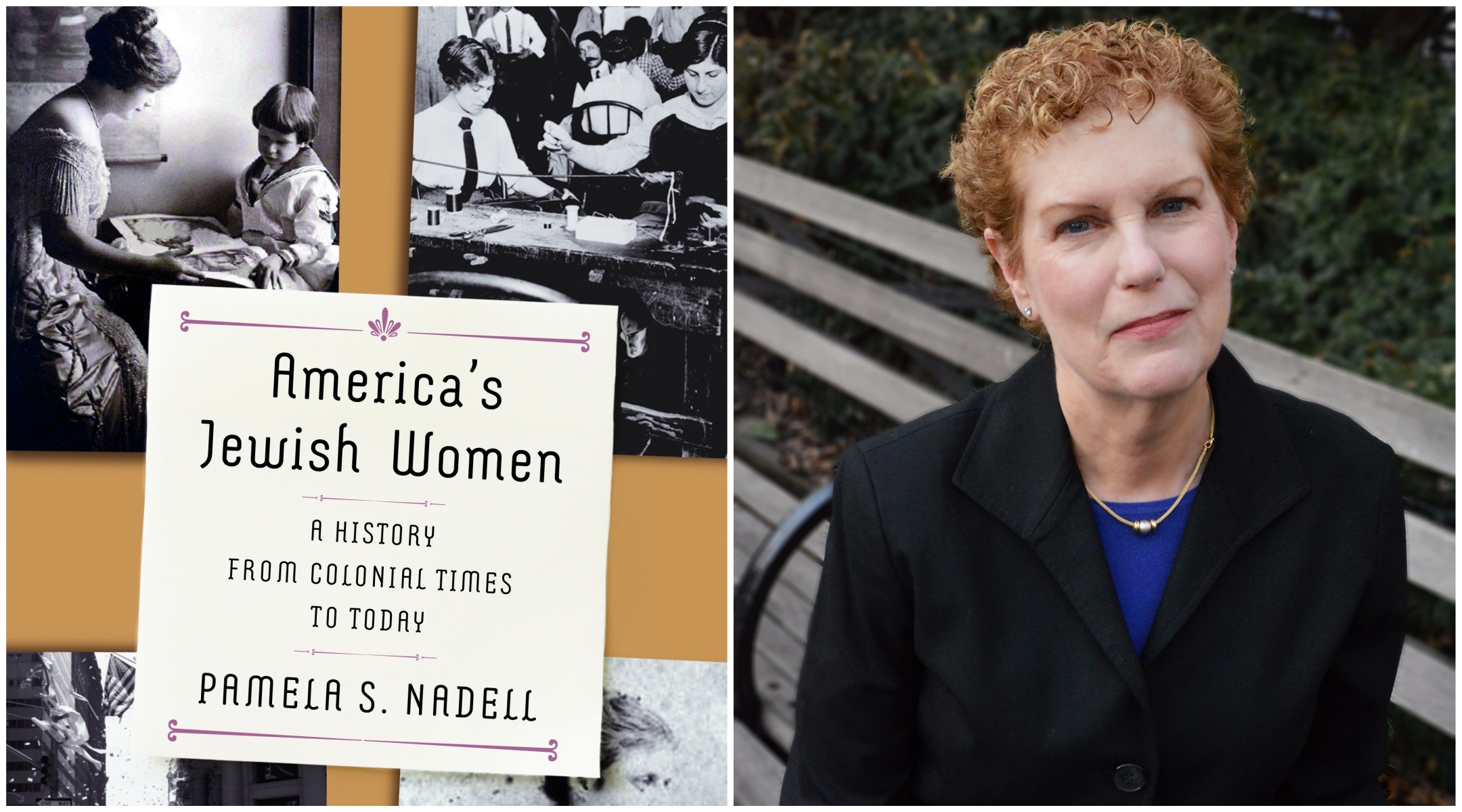 In the book, readers learn about Rachel Lazarus, who moved to Wilmington, North Carolina, in 1821 after marrying a widower. Disappointed by the small Jewish community and in search of a congregation, she and her husband started praying in an Episcopal church. Lazarus ended up converting to Christianity on her deathbed, against her husband’s wishes. Her letters to the mostly forgotten British novelist Maria Edgeworth offer a valuable portrait of Southern domestic life in the early 19th century.

There is also Rose Hatkin, an immigrant to the United States in the early 1900s, who “could feel grateful for her three-room domain that held her two brass candlesticks carried all the way from Poland, an icebox, a cabinet for meat and dairy dishes, and an inkwell, a souvenir from her Niagara Falls honeymoon.”

Nadell sees many parallels between the history she covers and issues facing American Jewish women today. She documents instances of anti-Semitism in the 20th-century women’s movement, such as at a conference in Copenhagen in 1980, when the Israeli delegates “were shouted down and even physically menaced” and a non-Jewish author “heard people say that having Jews … in the women’s movement ‘gave it a bad name.’”

Speaking to JTA, Nadell drew a line between those experiences and current allegations plaguing the Women’s March, whose organizers have been criticized for not doing enough to call out anti-Semitism and some of whom have expressed support for the openly anti-Semitic Nation of Islam leader Louis Farrakhan.

“I think it’s important that readers know that there was anti-Semitism in the women’s movement in the 1970s and 1980s and 1990s,” she said. “This isn’t new. How can you effect change if you don’t know the past?”

“Jewish women’s involvement today in fighting for better conditions or protesting changes they don’t want to see happen, like restrictions on abortion rights, I see a direct line to the earlier women that I talk about in the book,” she said. 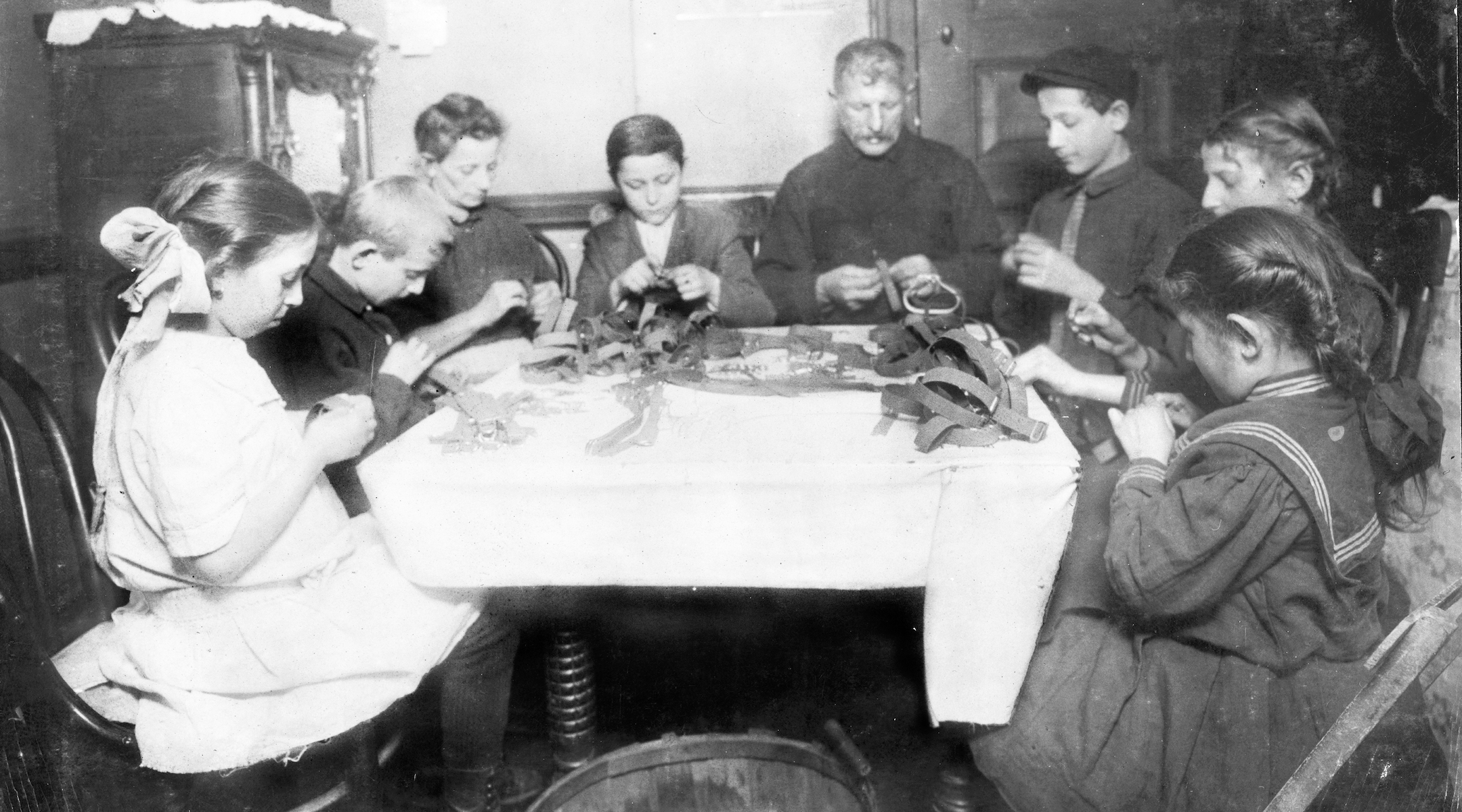 The Adolph Weiss family, along with three neighbor children, lived on New York’s Lower East Side. They made garters during weekday nights, 1912. (Library of Congress, Prints & Photographs Division, LOT 7481, no. 2881)

Some parallels concern internal community issues. Nadell shows that even in colonial times, Jewish families and congregations were worried about intermarriage.

A Jewish colonial-era woman named Abigail Franks wrote that she was “Soe Depresst that it was a pain … to Speak or See Any one” after her daughter Phila married a non-Jewish man.

Two centuries later, Nadell writes, another Jewish woman, Sarah Pene, secretly married a Catholic man after her mother refused to accept him despite his offer to convert. Around that time there was increased consternation about the phenomenon, though rates of intermarriage were far lower than today. In 1939, Nadell writes, “a Chicago rabbi denounced a recent spate of intermarriages.”

“I write about Abigail Levy Franks’ reactions to her daughter Phila’s intermarriage,” she said, “and I don’t think anyone having the conversation about intermarriage today knows anything about that.”

While writing the book, Nadell found that certain women stood out. One of her “favorites” is Caroline Spiegel, a Quaker woman who converted to Judaism before marrying her husband Marcus. At the end of 1861, Marcus enlisted to fight for the Union Army in the Civil War and the two corresponded by letters.

His letters survived while Caroline’s did not, so historians have mainly focused on his experience.

“I was really drawn to her story,” Nadell said. “His letters are published and they are so well known, but nobody has ever really thought to read them to see what they told us about the life of a wife whose husband was away during the Civil War.”

Ultimately, she hopes the book will help increase awareness of the importance of studying Jewish women’s history.