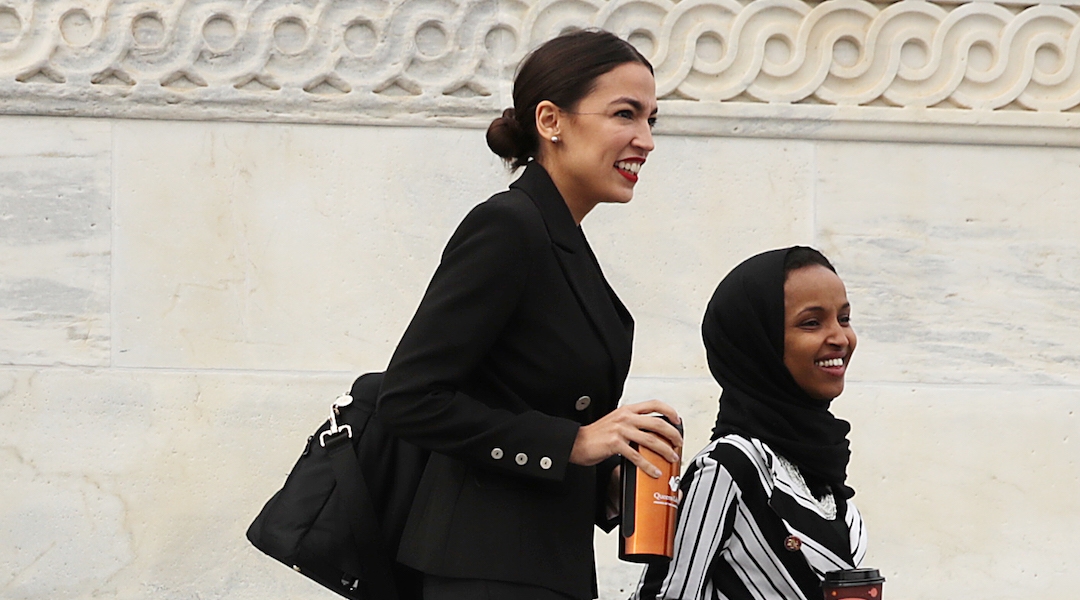 WASHINGTON (JTA) — Rep. Alexandria Ocasio-Cortez weighed in on the Ilhan Omar controversy, saying it is “hurtful” that colleagues have reprimanded her fellow House freshman over alleged anti-Semitic remarks but have been less forthcoming about bigotry aimed at other groups.

House Democrats have taken to Twitter and advanced a resolution to condemn anti-Semitism — without naming Omar — after the Minnesota Democrat twice suggested that supporters for Israel are demanding “allegiance to a foreign country.”

Ocasio-Cortez, the New York Democrat who has become a party superstar, counseled a less confrontational approach in dealing with comments like Omar’s.

“One of the things that is hurtful about the extent to which reprimand is sought of Ilhan is that no one seeks this level of reprimand when members make statements about Latinx and other communities,” Ocasio-Cortez said Tuesday morning on Twitter.

“‘Calling out’ is one of the measures of last resort, not 1st or 2nd resort,” Ocasio-Cortez said. “We do it when repeated attempts to ‘call in’ are disrespected or ignored. And I believe that Ilhan, in her statement a few weeks ago, has demonstrated a willingness to listen+work with impacted communities.”

One of the things that is hurtful about the extent to which reprimand is sought of Ilhan is that no one seeks this level of reprimand when members make statements about Latinx + other communities (during the shutdown, a GOP member yelled “Go back to Puerto Rico!” on the floor). https://t.co/MwrRN4v4DG

Omar has apologized for past and more recent tweets that invoke anti-Semitic tropes, including one from 2012 in which she said Israel “hypnotized” the world, and another more recently in which she said that pro-Israel lobbyists pay off lawmakers for their support. After the second incident she thanked “Jewish allies and colleagues who are educating me on the painful history of anti-Semitic tropes.”

But last week she reset the fire when she said at a town hall that supporters of Israel “push for allegiance to a foreign country.” That prompted a fraught exchange on Twitter with Jewish members of the caucus who said her remarks recall the “dual loyalty” charge often leveled at Jews. The resolution that Democrats are advancing this week decries anti-Semitism.

“If we called [for] resolutions on sexist statements, a good chunk of Congress would be gone,” Ocasio-Cortez said in her Twitter thread. “To jump to the nuclear option every time leaves no room for corrective action. So I ask *everyone* that we practice calling in before calling out.”

On Monday, Ocasio-Cortez took on a fellow Democrat, Juan Vargas of California, who also criticized Omar. Vargas said on Twitter: “It is disturbing that Rep. Omar continues to perpetuate hurtful anti-Semitic stereotypes that misrepresent our Jewish community. Additionally, questioning support for the U.S.-Israel relationship is unacceptable.”

“I‘m curious if Rep. Vargas will further explain his stance here that it’s unacceptable to even *question* US foreign policy,” Ocasio-Cortez said.

I‘m curious if Rep. Vargas will further explain his stance here that it’s unacceptable to even *question* US foreign policy.

Plenty of Dem members have asserted that discussion + debate on this issue is fair and merited. Is this stance a departure from that? https://t.co/2tcelsxFCU

Reviews of Ocasio-Cortez’s comments were mixed. Supporters of Omar were angry that Ocasio-Cortez didn’t defend Omar unequivocally from charges of anti-Semitism, tweeting messages with variations of “she didn’t do anything wrong.”

Ocasio-Cortez herself has on several occasions since joining Congress accused others of bigotry. In addition to repeatedly describing President Trump as a racist, she has complained that media coverage of her has been racist and sexist. Just last week she appeared to suggest that a Republican lawmaker,   Mark Meadows of North Carolina, was engaging in racism when he pointed to a black Trump administration official as evidence that President Donald Trump is not racist.

“Tokenism *is* racism,” she tweeted. 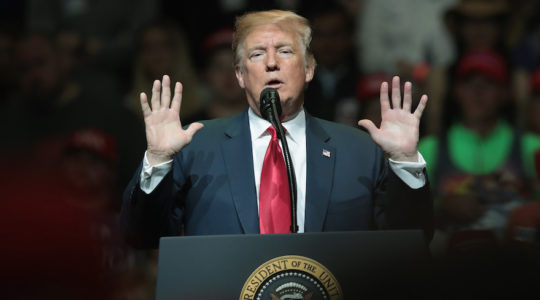 Trump calls out Ilhan Omar for ‘terrible’ comments on Israel