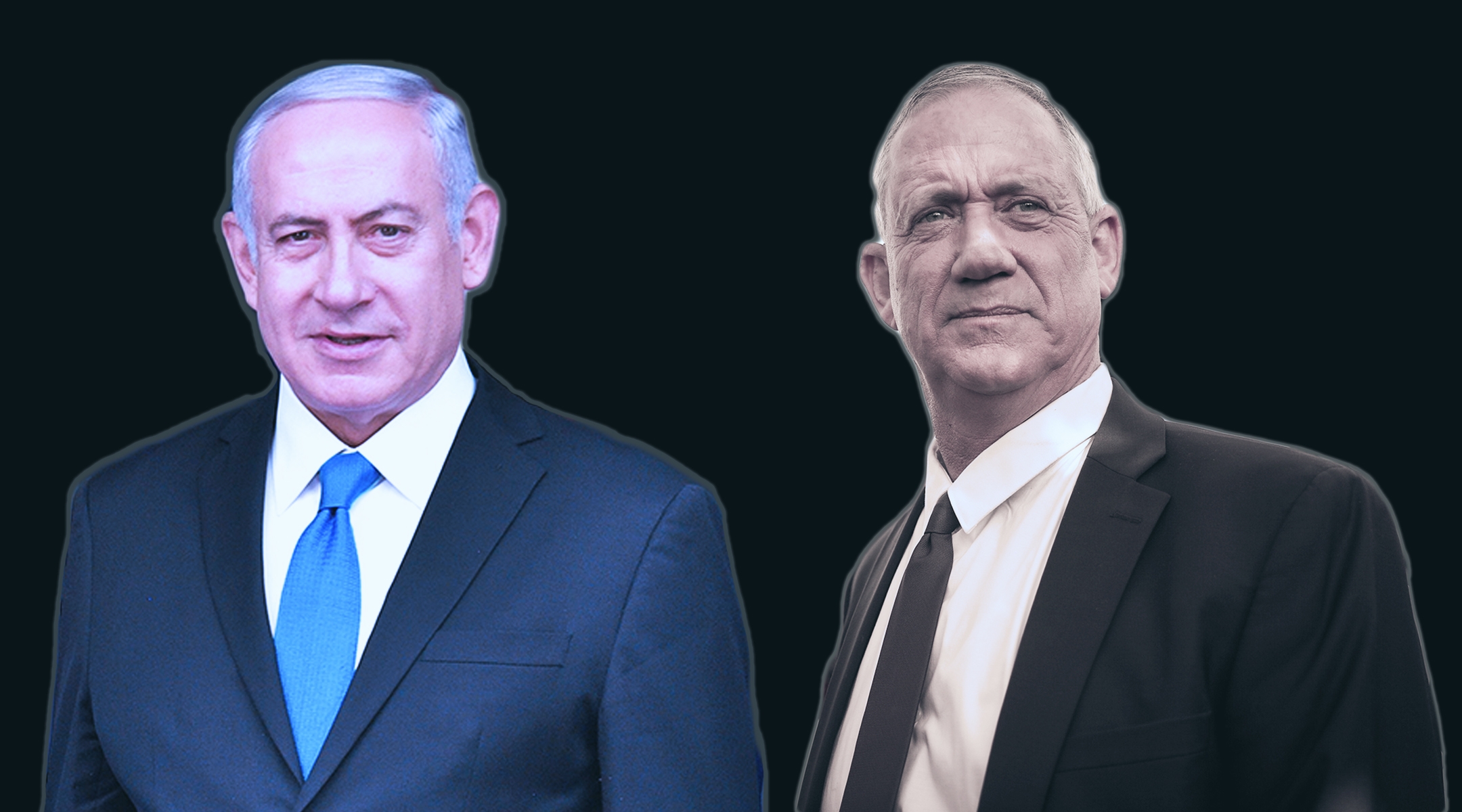 With most of the vote counted — some 300,000 votes from soldiers, diplomats and other Israeli officials working abroad have yet to be tallied — Benjamin Netanyahu seems poised to become the longest-serving prime minister in Israel’s history with the help of his strengthened right-wing parliamentary bloc. But the results also brought some surprises.

Here are the big takeaways.

No Israeli party had ever garnered more than 1 million votes in an election, but two did on Tuesday: Netanyahu’s Likud and former Israeli military chief of staff Benny Gantz’s centrist Blue and White, which included other prominent politicians Yair Lapid and Moshe Yaalon. Each party won 35 seats, but Netanyahu’s right-wing coalition is better positioned to form a government. Still, Gantz’s showing was impressive, and his bloc could become a formidable opposition in the years to come.

There’s always the chance that Netanyahu forms a unity government with Blue and White — but it’s unlikely.

Two haredi Orthodox parties have gained seats in the new Knesset, or parliament, and reportedly have pledged to support Netanyahu in the prime minister sweepstakes.

The United Torah Judaism and Sephardic Orthodox Shas each won eight seats, a gain of two and one, respectively. Their combined 16 votes could put them in the driver’s seat when it comes to legislation dealing with a host of issues they care about, such as the enlistment of yeshiva students, public transportation on Shabbat and the push for egalitarian prayer at the Western Wall.

3. Arab parties are getting weaker.

In the last election, the Arab parties united and called themselves the Joint List. They won 13 seats in that election. This time, however, squabbles split the list into separate parties. Two Arab party coalitions made it into the new Knesset: The Hadash-Taal list received six seats and the Raam-Balad List barely squeaked past the electoral threshold of 3.25 percent of the total vote to garner four seats, for a total of 10 seats representing Arab-Israelis.

But Arab voter turnout was historically low — nearly half the traditional rate. That was despite calls by Arab politicians and religious leaders, with the latter taking to muezzins to encourage the public to vote.

One reason was likely disgust with the parties that ran in the 2019 election for not being able to find a way to continue together as the more powerful Joint List. Some were disappointed as well with the parties’ inability to prevent pieces of legislation such as the nation-state law, which codified Israel as a Jewish state. Election Day reports also showed that some 1,200 cameras were placed in Arab polling stations by Likud, which claimed it was protecting against voter fraud. Arab leaders said the tactic intimidated members of the Arab community and kept them from the polls.

If nothing big changes in the coming days, the new Knesset will have the same number of women as the last: 29 out of 120. That puts Israel 76th internationally in terms of women’s representation in government, down from 66th in 2015. 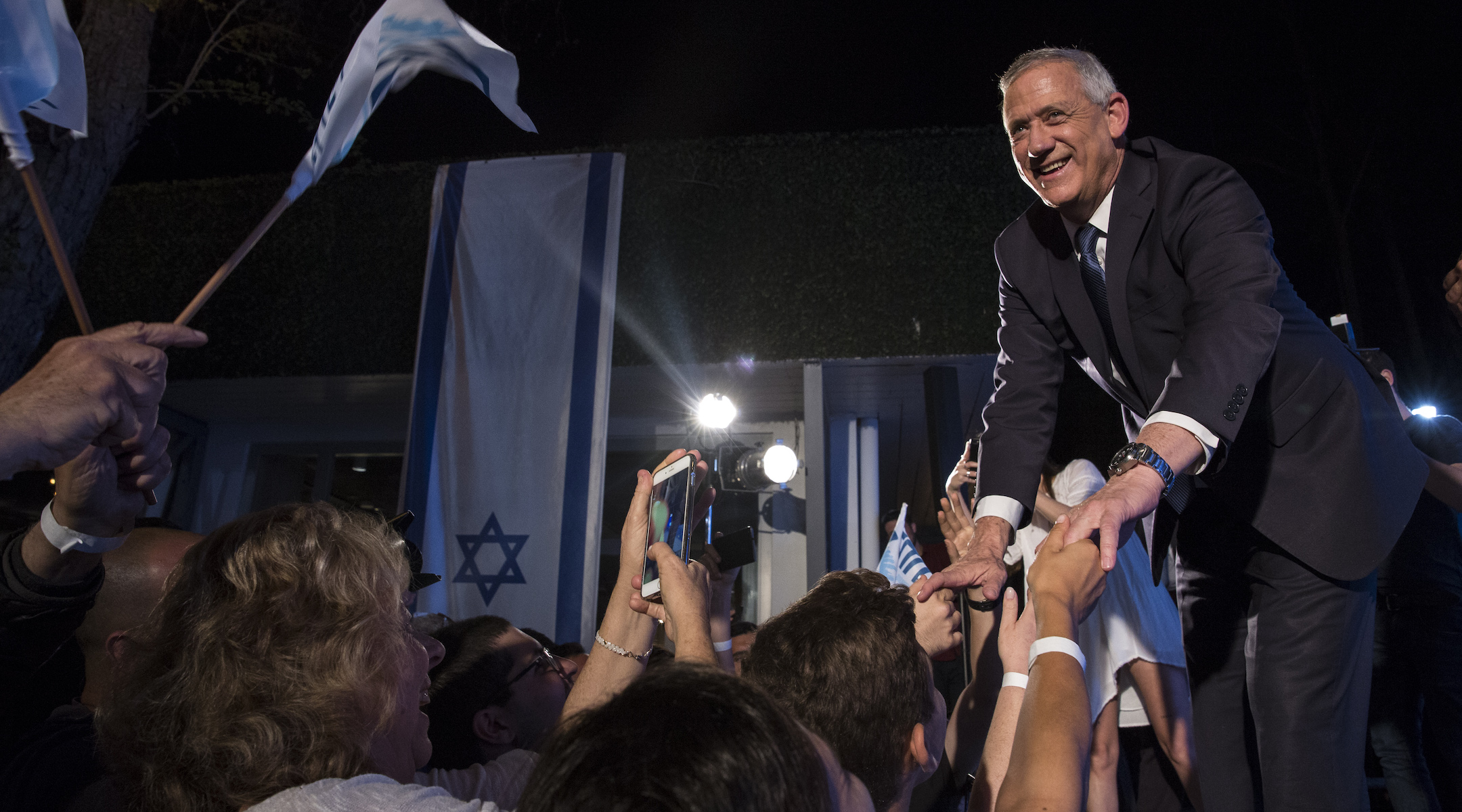 5. It was a worse day for two right-wing stars.

Education Minister Naftali Bennett and Justice Minister Ayelet Shaked will likely not make it into the next government.

The two prominent and outspoken right-wing lawmakers broke away from the Jewish Home party formerly headed by Bennett to form The New Right party, which they called a party based on a “full and equal partnership” between Orthodox and secular Israelis. The party was designed to give secular right-wingers a comfortable place to put their vote and increase the size of the right-wing bloc.

The attempt seems to have backfired: Jewish Home, which joined with the Kahanist Jewish Power, or Otzma Yehudit, and the National Union Party for the 2019 vote, had five seats in the last Knesset and earned the same number on Tuesday. But The New Right does not appear to have passed the electoral threshold.

6. It was a letdown for stoners, too.

In the few months leading up to the election, Moshe Feiglin was hailed as among the more important players in any upcoming Knesset coalition. He seemed to be attracting a large following of young people with his libertarian policies — including support for full legalization of marijuana. But his Zehut party also failed to pass the electoral threshold.

(Feiglin, like Bennett, has said that the soldier’s ballots will push him over the line.)

The final total was 67.9 percent, down from the 71.8 percent in the 2015 election, even though Election Day is a national holiday and all public transportation between cities was free to help voters get to their polling places. More than 150,000 Israelis managed to visit national parks — hopefully after they went to the polls.

8. One man makes the final decision.

Israel’s president, Reuven Rivlin,  decides which party head gets a chance to form the new government. With Likud and Blue and White tied at 35 seats, or even if that total changes by a seat or two in either direction, Rivlin will look at which leader will be more likely to form a government. To do so, Rivlin will meet with each party head and ask who he or she (there is one she, Tamar Zandberg of the liberal Meretz party) recommends to lead the government.

On Wednesday, Rivlin announced that the consultations will be broadcast live, and the party heads will be able to give official statements at a press center set up at the president’s residence. The post-election press center is nothing new, but the live broadcast certainly is, and is being done “in the name of transparency,” according to a statement from the President’s Office.

During the campaign, Netanyahu told members of the Likud in a statement captured on tape that Rivlin “is just looking for an excuse” to tap Gantz to form the next government, so the end of this process could be interesting.

Netanyahu would become the country’s longest-serving prime minister, and it looks like his coalition — projected to be 65 seats, giving him a strong 10-seat cushion over the opposition — will allow him to govern comfortably and effectively. Still, expect big bumps for him along the way.

Netanyahu promised at the very end of the campaign to annex the West Bank. If he follows through on the pledge, he is certain to provoke an enormous amount of international scrutiny, especially since the move would likely mean the end of a traditionally formulated two-state solution to the Israeli-Palestinian conflict. The Trump administration is slated to roll out its Middle East peace plan not long after the dust settles from the election, and all signs have indicated that it will include full Israeli control of the West Bank.

Finally, Netanyahu’s apparent crowning as “King Bibi” does not mean that his corruption scandals and looming indictments are going away. News reports the day after the election indicated that Attorney General Avichai Mandelblit, who announced in February that he would indict Netanyahu in three cases pending a pre-indictment hearing, would schedule that hearing for some time in the coming three months. Netanyahu denies any wrongdoing in the cases.