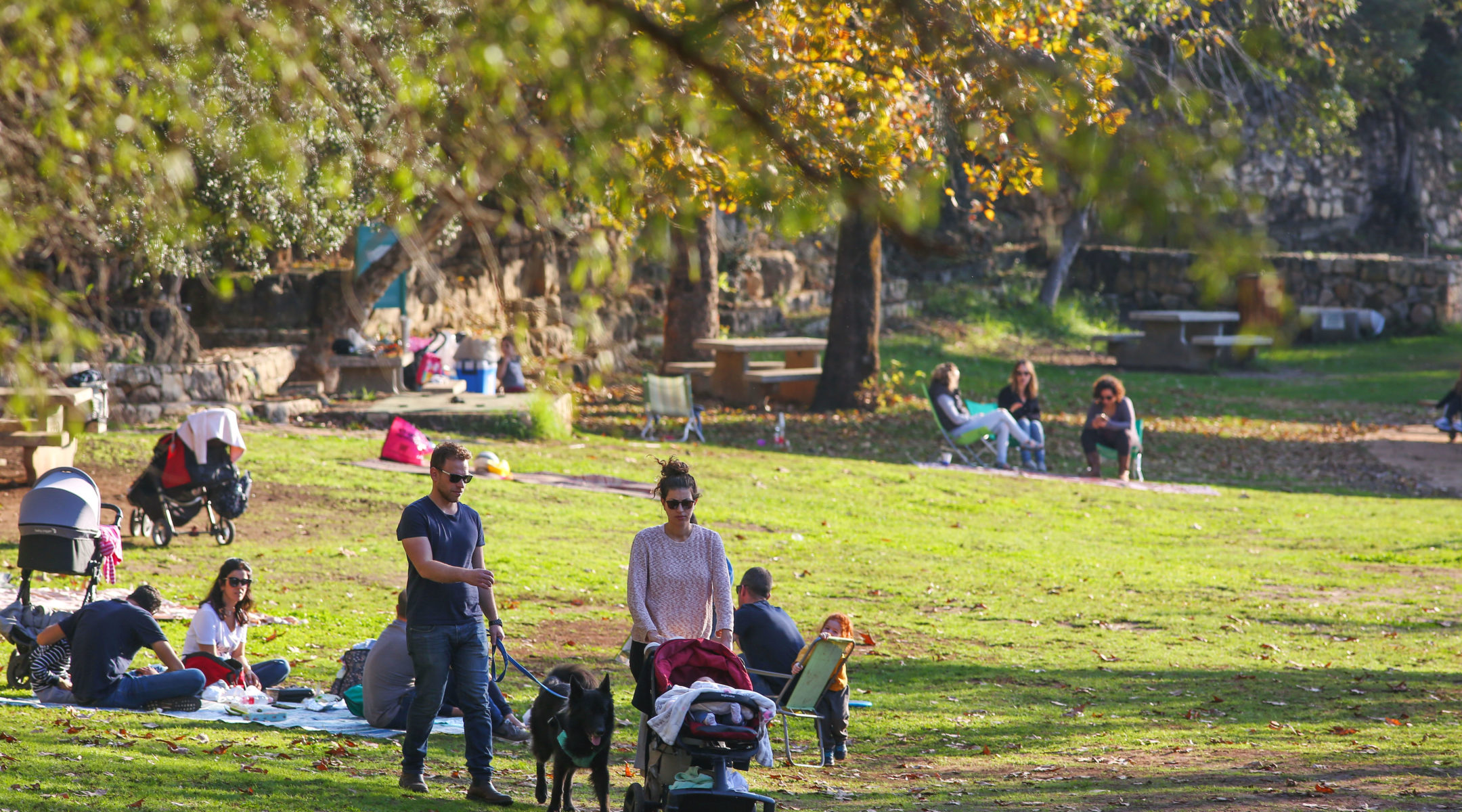 JERUSALEM (JTA) — Tens of thousands of Israelis visited national parks or were abroad on Election Day.

Election Day in Israel is a national holiday, and a rare Sunday-like day for Israelis.

The Nature and Parks Authority announced later on Tuesday afternoon, Election Day in Israel, that more than 150,000 people were visiting the country’s extensive network of national parks.

The most-visited sites are national parks at Caesarea, Masada and Tel Aviv, and nature reserves at Banias in the Golan Heights, Ein Gedi in southern Israel, Ayoun in the Galilee and Tel Dan in northern Israel.

Israelis also visited the beach in large numbers on the exceptionally warm day.

Interurban public transportation was free for the public for Election Day.

Meanwhile, some 60,000 Israelis were out of the country on Election Day. Ynet reported from Ben Gurion Airport on Tuesday that some of the Israelis leaving the country had scheduled their trips before new elections were called at the end of last year. Others said they used the opportunity of a free day off to plan a vacation. Still others said they had business meetings they could not reschedule.

Israel does not have the option of absentee voting except for diplomats and emissaries serving abroad.