The best bagels in unexpected places around the United States 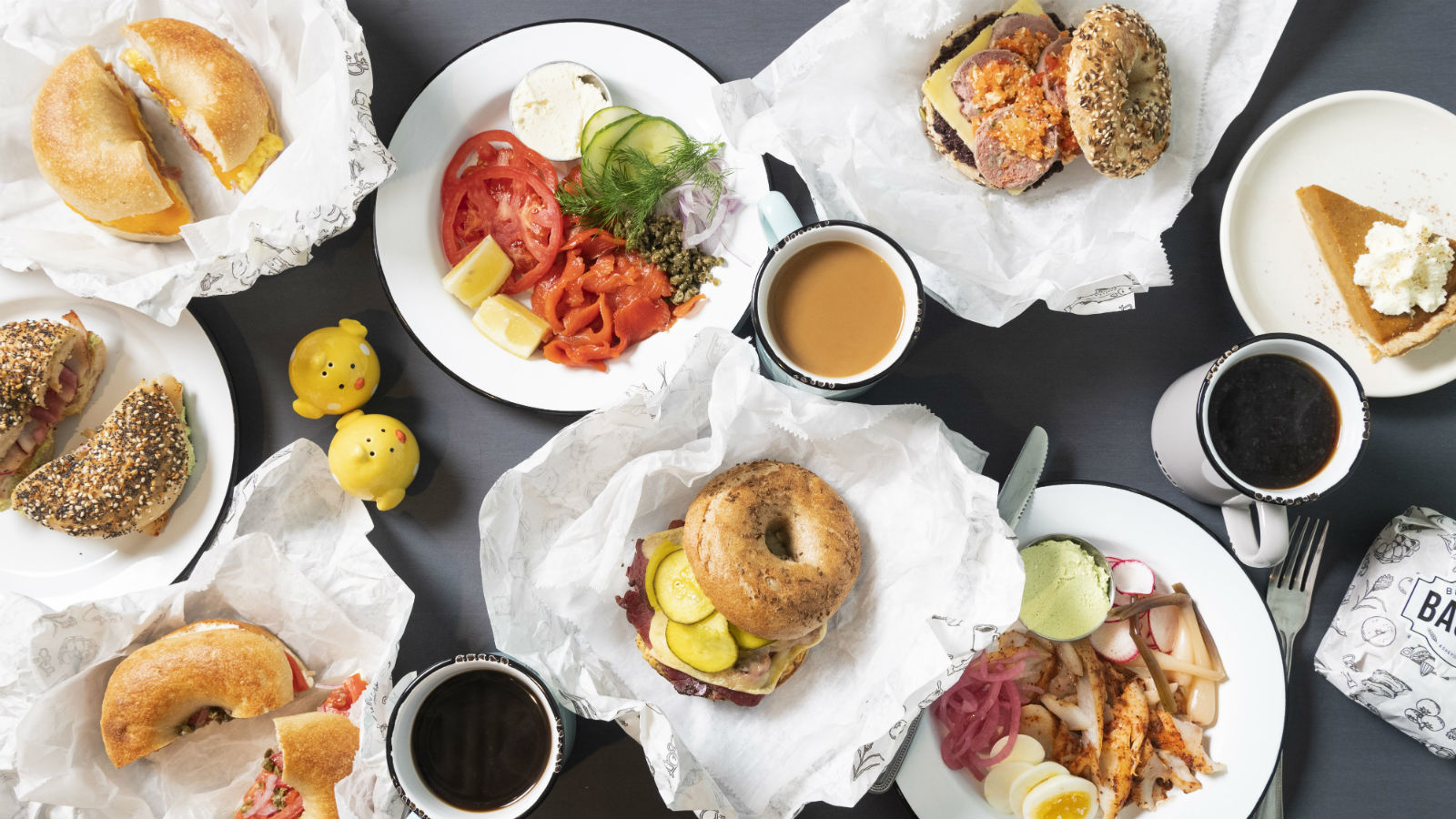 New Yorkers love to bagel-brag. We’ve all heard them yammer on about how the city’s soft tap water is integral to achieving a perfect texture — chewy but not too tough, blah, blah, blah. But last I heard, they managed just fine without NYC water in the shtetl.

Truth is, a good bagel really only relies on the process — the shaping, the proofing, the boiling and baking fresh batches daily.

A first-class bagel can be made anywhere; you might just have to look a little harder for one outside New York. To help you out, here’s our guide to America’s best bagels hiding out in unexpected places.

BernBaum’s took a risk by challenging Midwestern palettes with its Nordic-Jewish fusion concept, but it’s paid off. So much so that BernBaum’s is moving out of its quirky, ’50s-inspired cafe to a bigger space. Go for the fresh-baked bagels, stay for the bagel chips. There are plenty of vegan-friendly options, too. 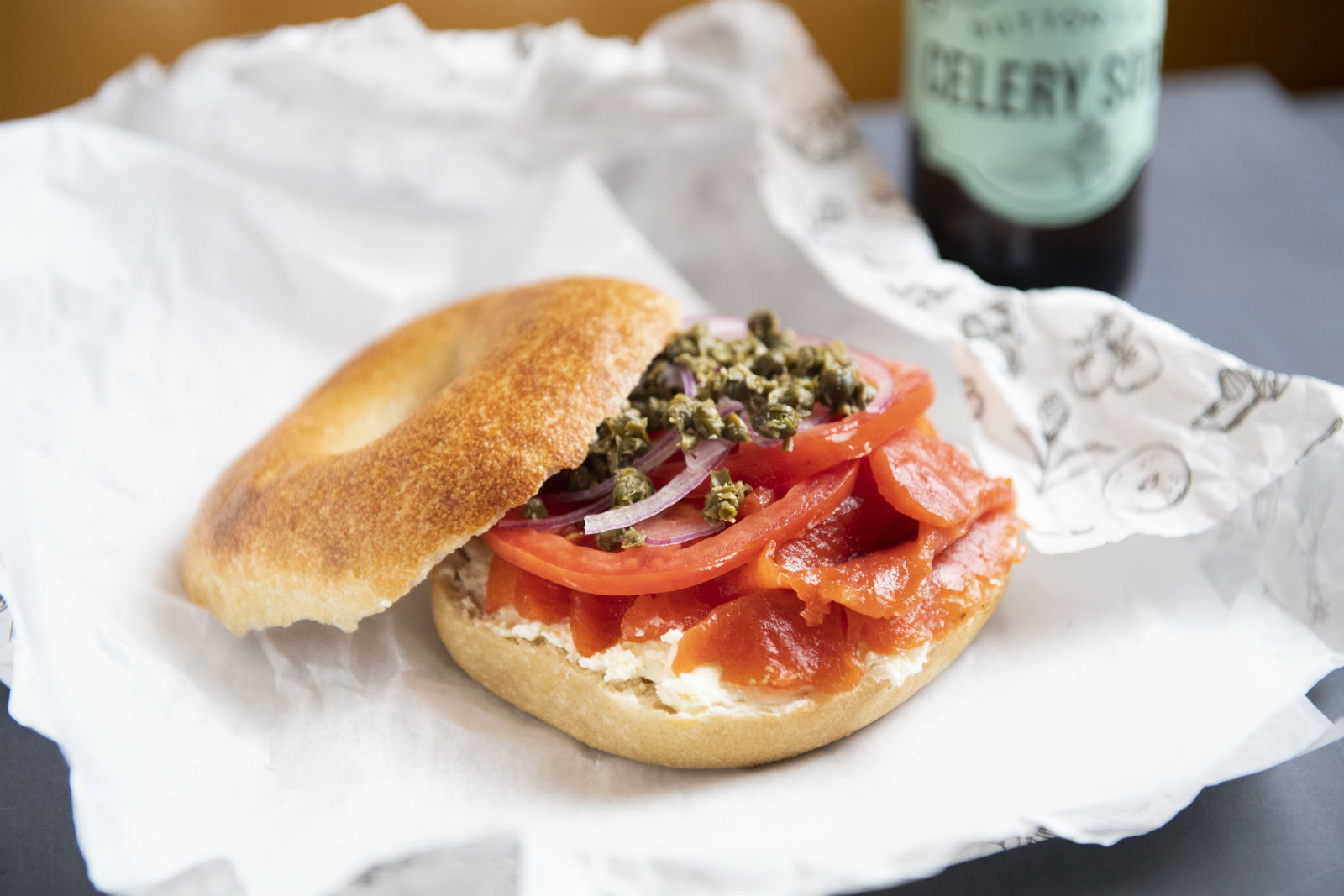 Button & Co. may be a newbie on the bagel scene, opening just last year, but it has bagged a loyal following, with lines often out the front door. These are new wave bagels focusing on sustainable, local ingredients with a unique Appalachian twist. Highlights include the fig and sorghum bagel and wild sumac-rubbed black cod sable.

Atlanta voted BB’s New York-style bagels the best in the city — no others, they say, come close. As you’d expect, BB’s bagels are hand rolled and kettle boiled, and come in all the traditional flavors, with some fun additions like cheddar and French toast. If you’re of the belief that bigger is better, BB’s ginormous bagels are for you and a serious bang for your buck.

Odelay’s Bagels are widely considered to be as good as any you’ll find in New York. This small family business isn’t afraid to throw in some of its own creations alongside the classics — like garlic-sriracha cream cheese and a black pepper and parmesan bagel.

If you like your bagels with a side of cool, head to this minimalist spot expertly run by native New Yorkers. Proper Bagel describes its menu as “old school flavors with a new school edge,” offering unconventional cream cheese options that we’re not at all mad at — like lavender-honey and peanut butter cup. 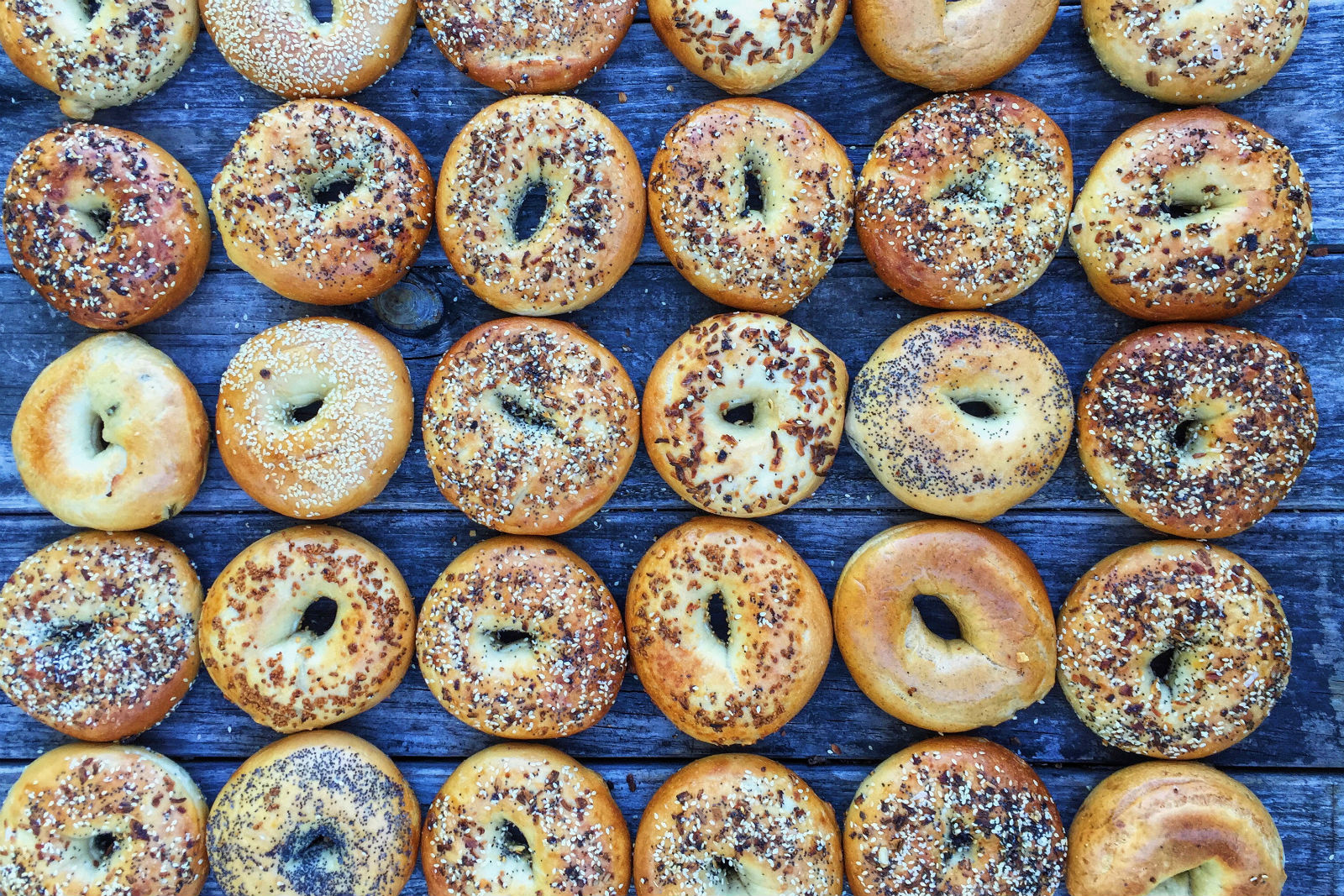 The New Jersey expats behind Wholy Bagel aren’t messing around. Their New York-style bagels are the real deal — proved overnight, kettle boiled, not too tough and baked every morning at the crack of dawn. They’re not opposed to a little local flare, however, like the Texas Loaded cream cheese packed with bacon, scallions and cheddar.

Bagel traditionalists may be outraged by Scratch’s unorthodox take on the bagel, made with a sourdough starter that’s adorably named Lulu. But locals have embraced this twist and can’t get enough of these carefully crafted bagels. Chances of catching a freshly baked batch are high, and flavors are classic with a local spin — like the Maine sea salt bagel, perfect in its simplicity.