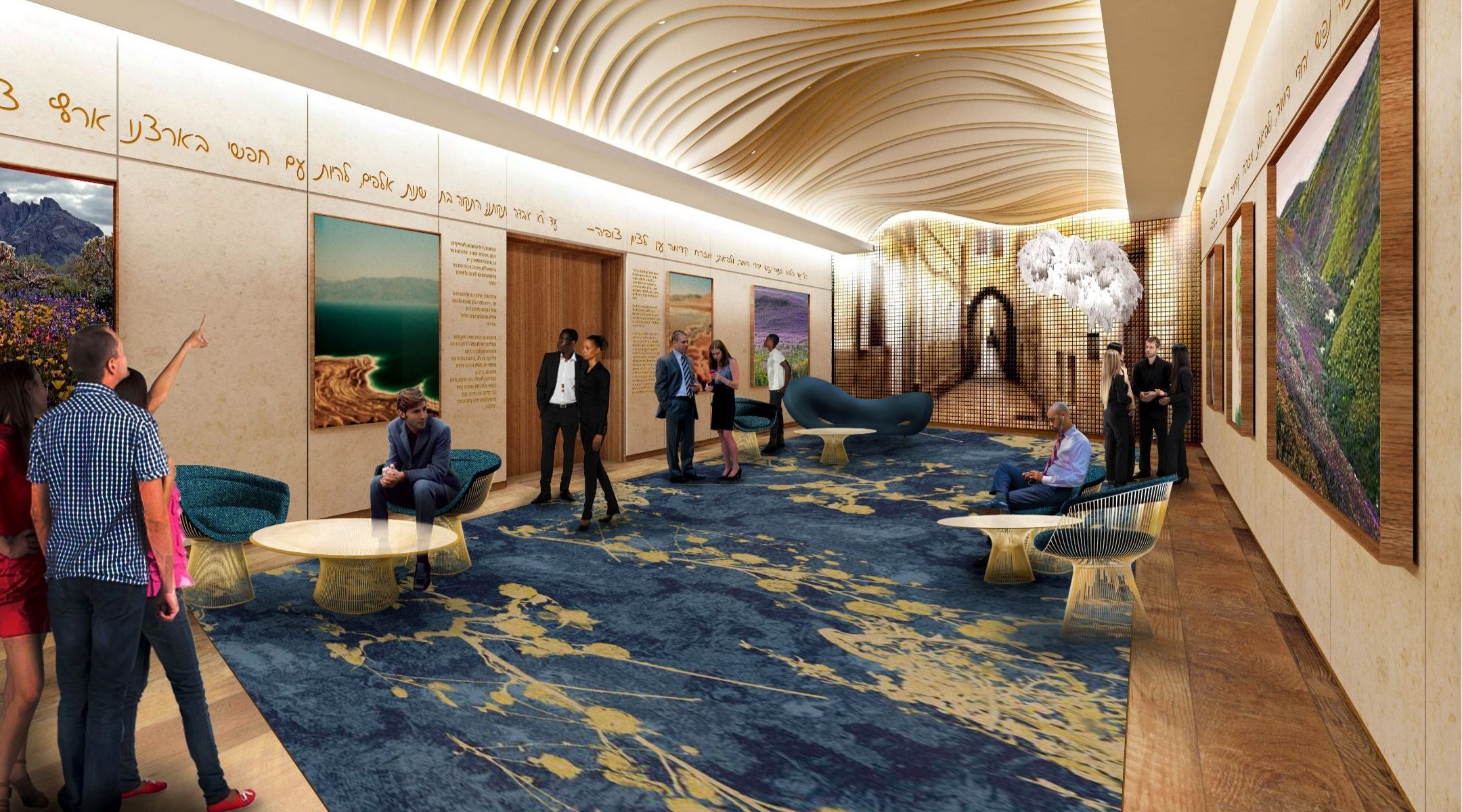 WASHINGTON (JTA) — The John F. Kennedy Center for the Performing Arts named the winner of a redesign competition for its Israeli Lounge.

Often overlooked by visitors, the lounge was Israel’s gift to Washington D.C.’s signature performing art space when it opened in 1971. Mikhail Fridman, a Russian-Israeli philanthropist, is paying $1.25 million  through his investment shop, LetterOne, to renovate the lounge, whose 1970s vibe had grown outdated.

A team of three women from EYP, an American design firm that focuses on institutions of “higher education, government, healthcare, and science and technology,” will lead the redesign of the room, which is expected to be completed in a year, according to a statement Wednesday from the Kennedy Center.

The lounge “will feature a dramatic curved ceiling that echoes the topography of Israel,” the statement said. “Gallery walls will feature one of Israel’s premier materials, Jerusalem stone, as a warm, neutral backdrop to a curated selection of artwork. Thirteen stone panels will be placed along each wall, symbolic of the 13 tribes of Israel. A tile mosaic wall made from Israeli-American photographer Richard Nowitz’s photo of Ha Yehudim Street in Jerusalem’s Jewish Quarter will anchor the north wall of the room.”

There were 38 submissions, a spokeswoman for LetterOne said.

“Their winning concept is based on the Declaration of the Establishment of the State of Israel: ‘pioneers, defiant returnees, and defenders, they make deserts bloom’,” the spokeswoman told the Jewish Telegraphic Agency. “This text, inscribed in Hebrew and English over the doors, will welcome visitors to the lounge.”

Yitzhak Rabin, then the Israeli ambassador to Washington, inaugurated the lounge in 1971. Plenty of countries donated artwork to the center, but only one originated a lounge: Israel. The architect of the lounge, Raphael Blumenfeld, also designed the interior of the Knesset.

“Original artwork in the Israeli Lounge by Nehemiah Azaz and Shraga Weil will be removed, restored, and preserved, and displayed at the Kennedy Center,” the statement said.