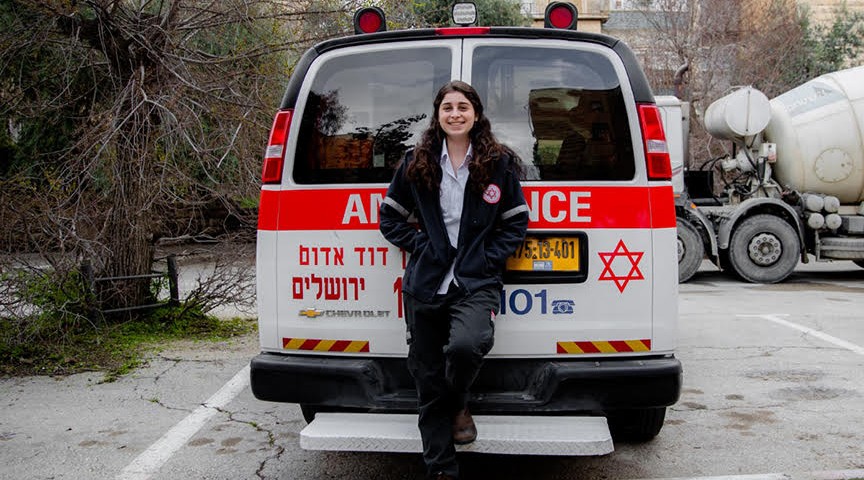 Miriam Serkez, 20, originally from Passaic, N.J., is a medic with Magen David Adom in Jerusalem. (Courtesy of Serkez)
Advertisement

Serkez’s job is part of her national service in Israel — an alternative to military service for religious women. She wasn’t forced to do this work. As a recent immigrant who came to Israel on her own, Serkez could have avoided serving.

“It’s hard for some of my friends to understand what I’m doing,” Serkez said. “National service is not a concept in America. There you finish high school and go into college. There’s no giving back.”

“We get sent to anything and everything, usually car accidents,” Serkez said. “A few months ago there was a terrorist attack on Har Habayit” — the Temple Mount. “This morning I did CPR on someone.”

One morning prior to her shift, Serkez treated a severely injured accident victim right in front of her own apartment building, running outside in her pajamas and stabilizing the bleeding woman until an ambulance arrived.

To become a medic, Serkez enrolled in a 230-hour course taught by Magen David Adom. The fact that it was all in Hebrew was a big challenge.

“I almost dropped out. Every night I had to stay up translating everything,” Serkez recalled.

For young women who make aliyah, or immigrate to Israel, on their own, the experience can be fraught with loneliness, financial pressure and bureaucratic difficulties.

“These girls need someone to be there for them, both on a personal level to help them with their day-to-day lives, and also on a bigger level to advocate for them,” said Na’ama Degani-Rabin, who coordinates a program meant to ease the transition into their new lives.

Called Ori, the program serves some 150 women aged 18-21. Approximately half are from North America, and the remainder are from France, Australia, Italy, South Africa and a few other places. Most are religious.

Launched in September and still in its pilot phase, the program is run by Nefesh B’Nefesh, which assists North American Jews with aliyah and absorption in Israel in partnership with Israel’s Ministry for Aliyah and Integration, the Jewish Agency for Israel, Keren Kayemeth Le’Israel and the Jewish National Fund-USA. Ori is modeled on Nefesh B’Nefesh’s services for lone soldiers.

As lone “b’not sherut” — the Hebrew term for young women who do national service — the young women get some extra assistance, such as a slightly larger housing stipend, some financial aid and 15 extra days off, which many of the women use to visit their parents overseas for the High Holidays. In addition, Ori sets up the women with adoptive families in Israel, organizes social events, helps them navigate Israel’s government bureaucracy and runs workshops on subjects like how to manage a budget. 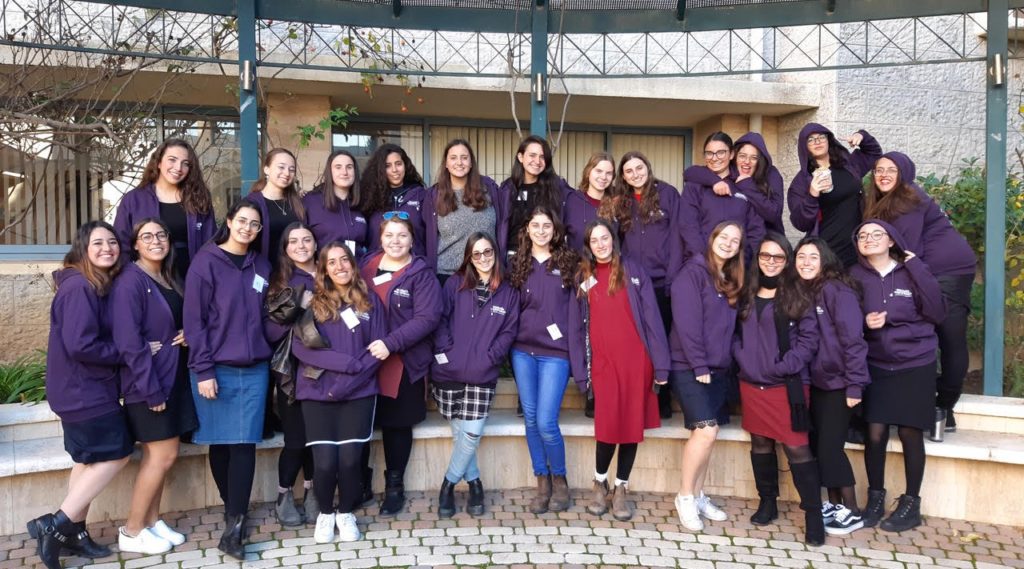 A program run by Nefesh B’Nefesh assists young women who immigrate to Israel without their families and sign up for national service. (Courtesy of Nefesh B’Nefesh)

“In Hebrew, ‘Ori’ means ‘my light’ and these girls bring a lot of light to Israel,” Degani-Rabin said. “Also, earlier this year, Ori Ansbacher” —a 19-year-old religious Israeli woman doing her year of National Service — “was murdered near Jerusalem. She talked about spreading the light of goodness in the world, so we named the program in tribute to her.”

Jodi Fishbein, 19, made aliyah in December 2017 from Livingston, New Jersey. For now, she shares an apartment with another American, a Belgian and five native Israelis.

Thanks to her superb English speaking and writing skills, Fishbein landed a National Service position at the Foreign Ministry, where she has a ghostwriting job in the director general’s office dealing with countries with whom Israel doesn’t have formal diplomatic ties.

She describes the job as a lifelong dream.

“I grew up in a very Zionist house, where everyone was pushing a very Zionist agenda. But it was conceptual, not practical,” said Fishbein, one of four siblings. “I’m interested in advocating on behalf of Israel. As a religious Jewish woman, I wouldn’t have the opportunity to do that in America, at least not at the government level.” 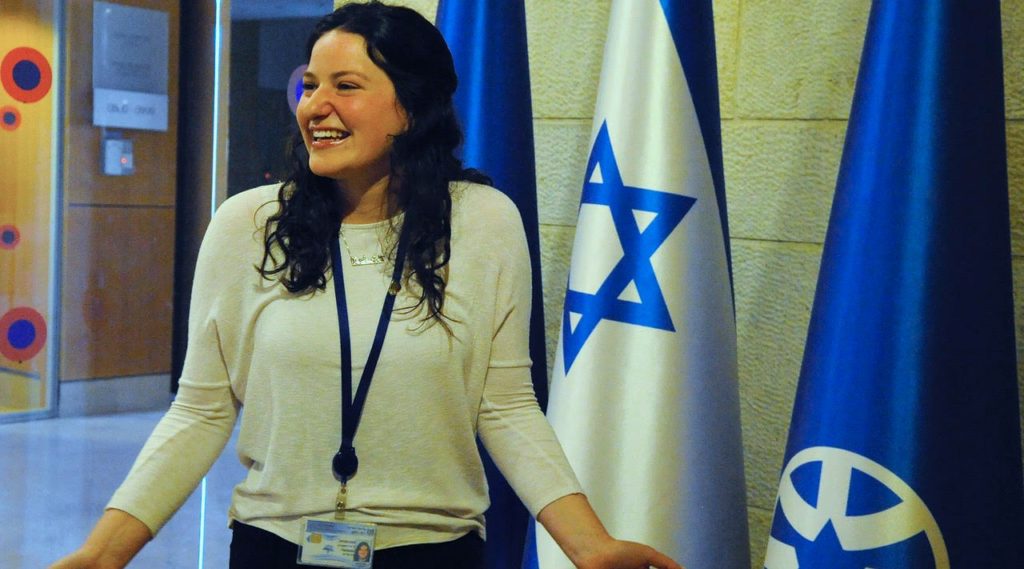 Michal Engel, 20, a native of New York’s suburban Long Island, went to Israel nearly two years ago to attend a religious seminary in Jerusalem’s Old City. When her gap year ended, she decided to stay for good and officially made aliyah. For her national service, she landed an assistant teaching job at an elementary school in this city’s Talpiot neighborhood.

Engel said some religious Jewish women like her are reluctant to do military service.

“In the army, you don’t get put where you really want to be put,” she said. “These girls want to express themselves in a different way and use their skills in order to serve their country.”

Unlike many of the lone b’not sherut, Engel has no family in Israel — not even distant cousins. But she has no complaints about the situation.

“My job is beyond amazing,” she said. “Every day I come, I’m happier. Working in a school with these kids gives me the love and support that I lack without my family here.”