Who’s running the show in Israel between elections? An explainer. 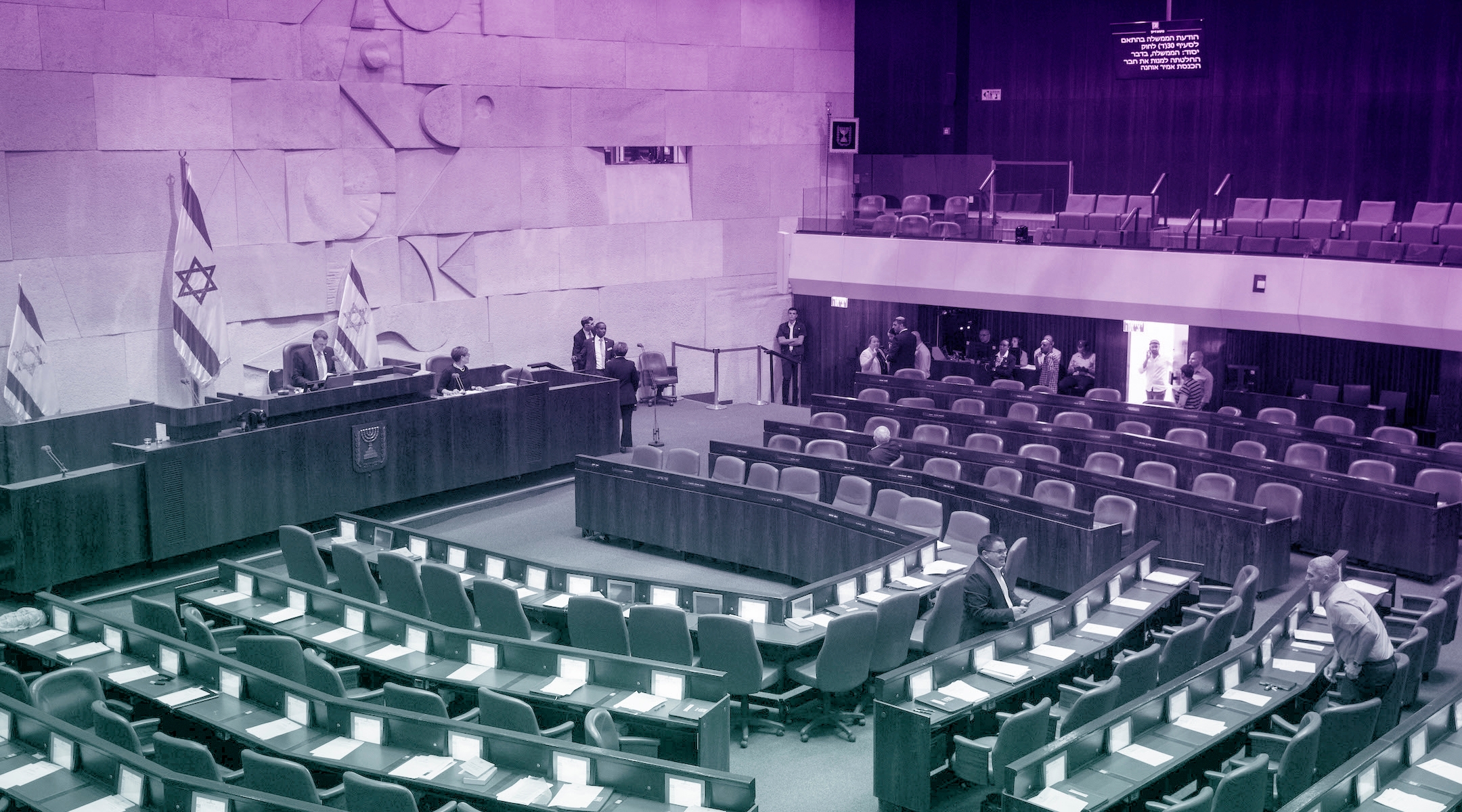 JERUSALEM (JTA) — With Israel coming up on its second election in five months with no ruling coalition in power, some may be asking who is actually running the government. They needn’t worry — at least not very much.

Israelis went to the polls in April expecting to elect a new government. The incumbent prime minister, Benjamin Netanyahu, seemed to be in position to form a majority coalition out of the 120 seats handed out by voters. The 21st Knesset was sworn in on April 30.

However, he failed to attract enough coalition partners on the right. In order to prevent the possibility of the center-left Blue and White party headed by former military chief of staff Benny Gantz from being tasked with forming a government, Netanyahu moved to dissolve the newly elected parliament.

On May 30, just minutes after midnight, the Knesset voted to dissolve itself and opt for another election. That Knesset had lasted for only 51 days and managed to pass one piece of legislation: the bill that ended its record-short tenure.

So with the parliament dissolved, who’s running the show?

In Israel’s parliamentary democracy, Knesset elections are held every four years — unless the body votes to dissolve itself and move to new balloting. That happened in late December, several months early. Between then and the April elections, Israel was led by a “transitional” government.

And here we are again. With a new vote now scheduled for Sept. 17, and the likelihood that it will take another six weeks to form a majority coalition, Israel will have been led by a “transitional” government for nearly one year, making it possibly the longest transitional government in the country’s history.

But that doesn’t mean there is a vacuum.

That’s because Israel has its Basic Laws, which together form a de facto constitution. The Basic Laws deal with issues including the government, the presidency, the military, the judiciary, “human dignity and liberty” and Jerusalem.

The Basic Law on the Government accounts for dissolving and reforming parliaments due to, for example, a no-confidence vote, dissolution, the conviction of a prime minister for an unnamed offense or the death of a prime minister. A transitional government has the same authority as a regular government.

“There is a government and she has all the authority to function,” according to Amir Fuchs, the head of the Defending Democratic Values Program of the Israel Democracy Institute. However, he cautions, there are limits.

Over the years, the Israeli Supreme Court has ruled that while a transitional government should continue to run the country on a day-to-day basis, it should only announce new initiatives that are “important or necessary,” Fuchs told the Jewish Telegraphic Agency.

Netanyahu is still in charge.

Since the dissolution of the 21st Knesset, Netanyahu has fired two government ministers – Ayelet Shaked (Justice) and Naftali Bennett (Education) — and appointed several new ministers, which he still has the authority to do under the Basic Law.

Shaked and Bennett had remained in their ministerial positions even though they were not re-elected in April. They could have stayed in the posts until the September vote had Netanyahu not fired them, saying they clearly had lost the confidence of the people who did not re-elect them. Pundits, however, say Netanyahu wanted to lower the profile of his two right-wing rivals in a new election campaign.

Netanyahu earlier this month replaced Shaked with loyalist Amir Ohana. He gave the Foreign Ministry portfolio, which he had been holding himself since the formation of the government in May 2015, to Transportation Minister Yisrael Katz. On Monday he named Union of Right-Wing Parties head Rafi Peretz to fill Bennett’s education slot and the same union’s Bezalel Smotrich as transportation minister. He also reportedly will add members to the high-level Security Cabinet.

Only Agriculture Minister Uri Ariel of the Jewish Home party remains in the Cabinet as a hold-over from the 20th Knesset. He was not re-elected in April.

Jonathan Rynhold, a political studies professor at Bar-Ilan University, said that while firing a government minister between elections is “legitimate, it just doesn’t smell quite right.”

Rynhold noted that each ministry is staffed with career civil servants and that during an interim period such as the current one, they may operate with “some more leeway than normal.”

The prime ministership has its advantages.

Netanyahu’s firing and appointing of new ministers does not look like a leader who is trying not to rock the boat, said Gayil Talshir of the Department of Political Science at The Hebrew University of Jerusalem.

The moves are “making a lot of noise in the system,” she told JTA.

Talshir suggested that Netanyahu might have held on to the justice minister’s portfolio had he not been reprimanded for keeping it while under the threat of indictment in three corruption cases against him. He continues to hold the title of defense minister, but could potentially give it up if he thinks the move could help him form a coalition government following the September election — one “he is sure he is actually going to win,” she said.

Netanyahu is using his time at the head of the transitional government to attempt to delegitimize his opponents, Talshir said, in particular the Yisrael Beiteinu party headed by Avigdor Liberman, who Netanyahu blames for the failure to form a government after the April elections.

Talshir said Netanyahu is working “to make sure that come the new election he has a stronger coalition which is loyal to him personally and not an ideal.”

While Netanyahu hopes that Yisrael Beiteinu will fail to cross the electoral threshold in September, the party is polling at about eight seats, up from the five it won in April.

Meanwhile, Talshir said, the announcement on Thursday of across-the-board budget cuts to government ministries in a bid to halt the growing state deficit is an example of a major policy decision that should not be implemented during a transitional government.

It’s not exactly business as usual.

So how does the interim status of the government affect Israel right now?

The government cannot even make a final decision on establishing the new Golan Heights community of Ramat Trump, which it dedicated on Sunday, until a permanent government is in place.

This, he said, is the “real cost of the new election.”

The current Knesset lawmakers “continue to run the country,” he said. “What they can’t do is pass laws.”