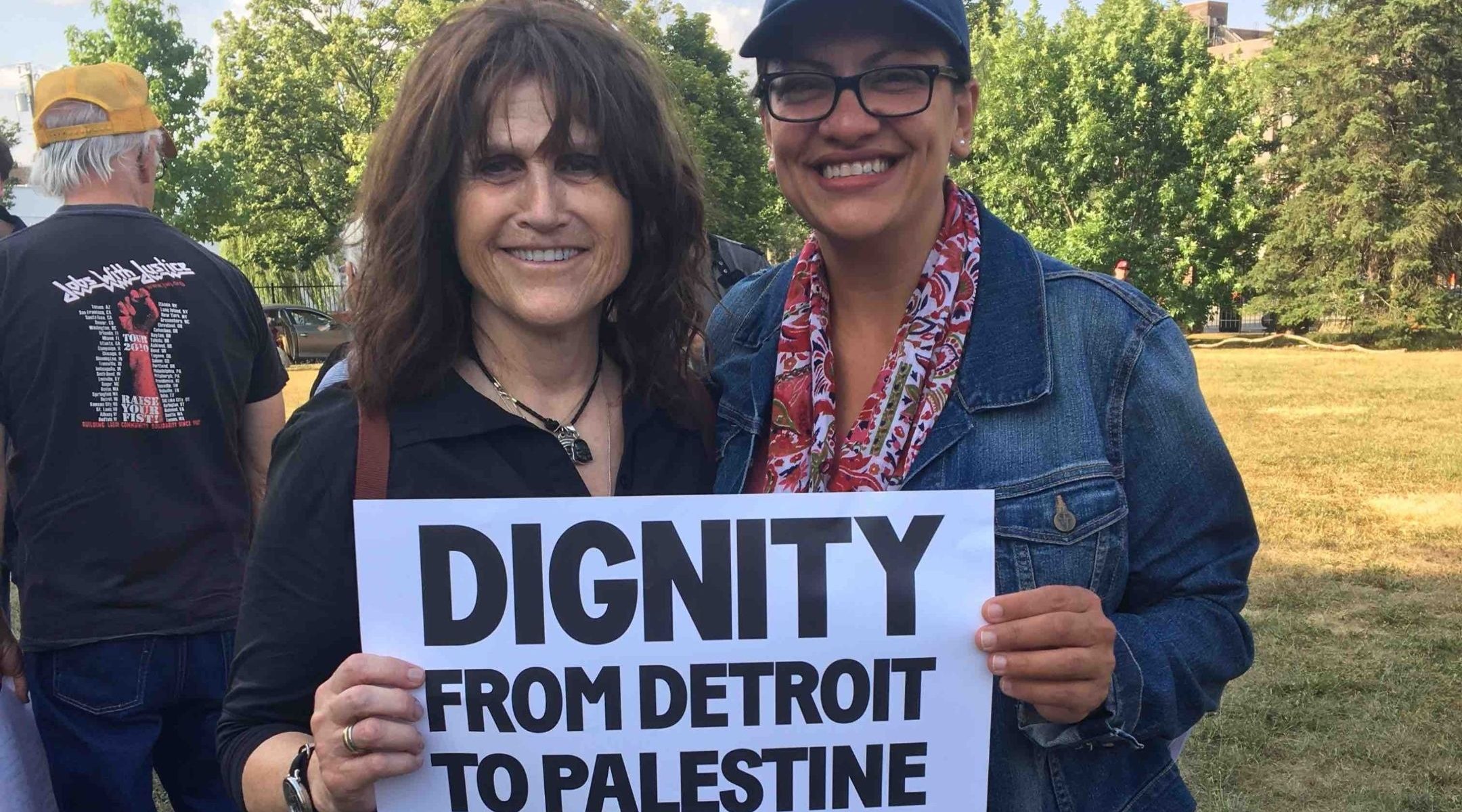 Rep Rashida Tlaib, D-Mich, attends a Shabbat service in a Detroit park arranged by Jewish Voice For Peace Action arranged to show the freshman congresswoman support after she was denied entrance to Israel. (Courtesy of JVP)
Advertisement

(JTA) — Rep. Rashida Tlaib, D-Mich., joined a Friday night Shabbat service in a Detroit park arranged to show the freshman congresswoman support after she was denied entrance to Israel.

The program in Detroit’s Pallister Park, attended by about 60 people, according to The Detroit News, was organized by Jewish Voice for Peace Action, the political and advocacy arm of Jewish Voice for Peace, a left-wing organization that supports the Boycott, Divestment and Sanctions movement against Israel.

“I cannot tell you how much love I feel here,” Tlaib told supporters at the event, according to a statement from JVP. “Thank you for lifting up peace, love and justice…I’m proud of my Palestinian roots, and I’m also strong because I grew up in the most beautiful, blackest city in the country, in the city of Detroit.”

Tlaib on Thursday submitted a humanitarian request to visit her aging grandmother in the West Bank, and Israel’s interior minister approved it. She changed her mind Friday morning, saying that in the end she could not enter Israel “under these oppressive conditions,” referring to the requirement that she agree not to promote boycotts against Israel during her trip.