Israel confirms it is banning Tlaib and Omar from entering country 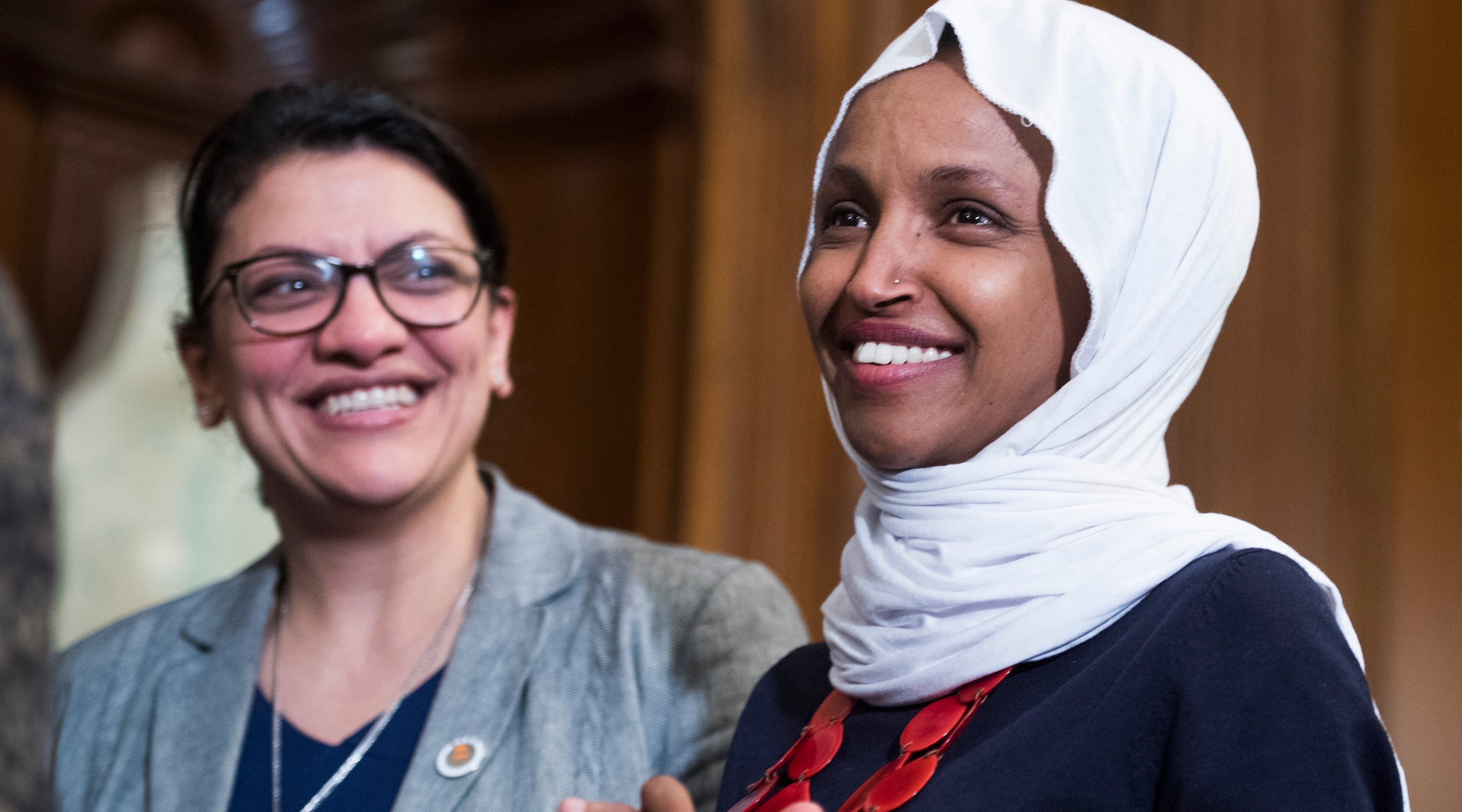 (JTA) — Israel’s deputy foreign minister confirmed that Reps. Rashida Tlaib and Ilhan Omar will not be allowed to enter the country.

“We won’t allow those who deny our right to exist in this world to enter Israel. In principle this is a very justified decision,” Tzipi Hotovely told Israel’s public broadcaster Kan.

The statement came shortly after a Washington Post report claimed that Prime Minister Benjamin Netanyahu was weighing banning the two Muslim congresswomen, both supporters of the Boycott, Divestment and Sanctions movement targeting Israel. Under Israeli law, BDS supporters can be prevented from entering the country.

Tlaib, D-Mich., and Omar, D-Minn., are outspoken critics of Israel and both at times have been criticized for relying on anti-Semitic tropes in their criticism. They were scheduled to visit the Jewish state on Sunday.

Shortly after the Post report, President Donald Trump wrote on Twitter that Israel “would show great weakness” if it let in the two congresswomen.

Israel’s envoy to Washington, Ron Dermer, said last month that the country would not deny entry to any member of Congress.

The president has repeatedly attacked Tlaib, who is Palestinian-American, and Omar, who was born in Somalia, at times invoking rhetoric widely described as racist.