How should Jews treat each other? Jewish thinkers have come up with a plan. 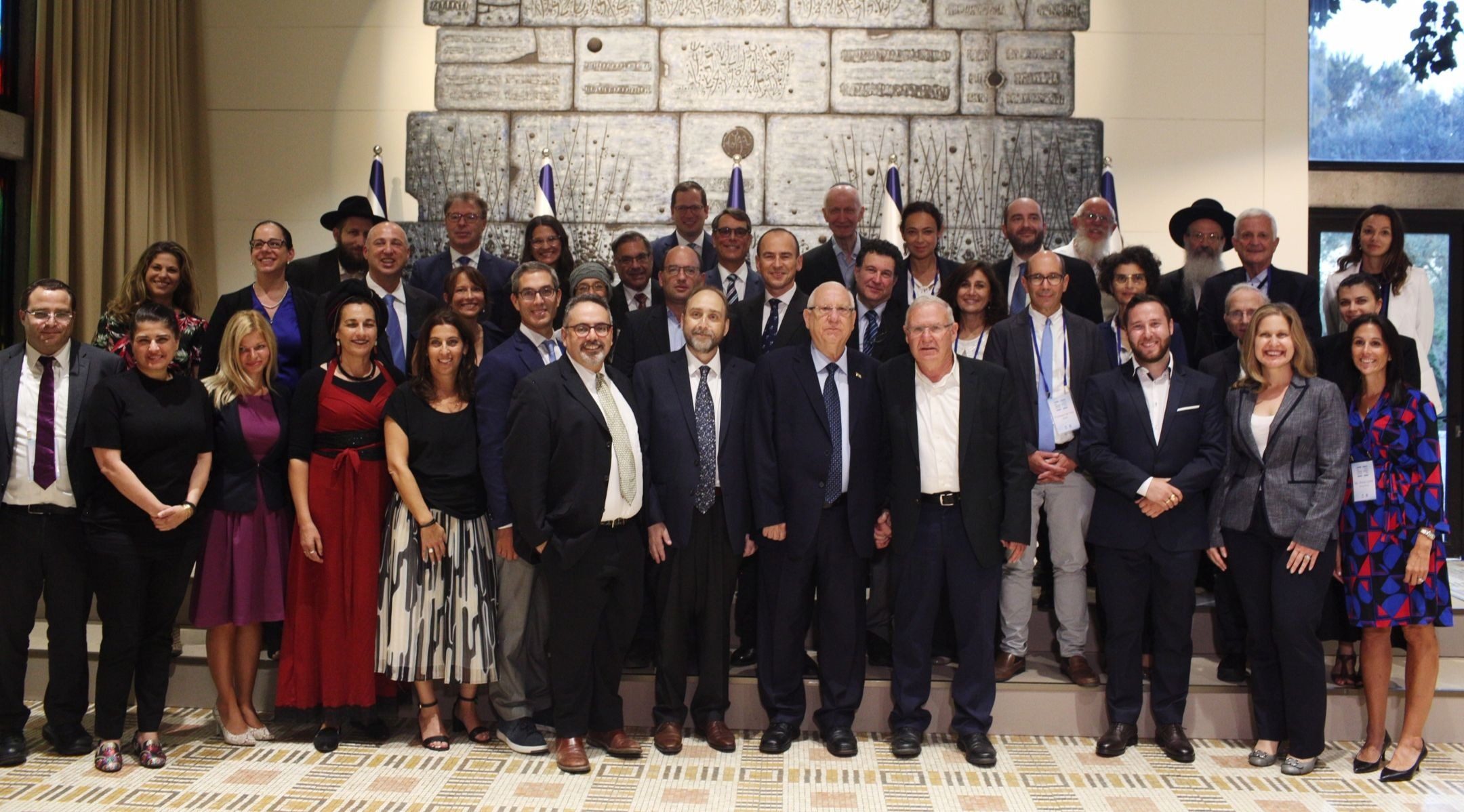 Jeiwsh thought leaders and activists from around the world present the Declaration of Our Common Destiny to Israeli President Reuven Rivlin, Sept. 10, 2019. (Avishag Shaar-Yashuv)
Advertisement

JERUSALEM (JTA) — Despite our differences, Jews around the world have remained bound together by a shared history, by the Torah and by our core values, Israeli President Reuven Rivlin told Jewish thinkers from around the world.

The 30 scholars and activists met this week in Jerusalem to hammer out a Declaration of Our Common Destiny, meant to start a worldwide discussion about the shared values and principles by which world Jewry will treat, support and engage one another.

The project is a joint initiative of the Genesis Philanthropy Group and the State of Israel under the auspices of Israel’s president.

“The future of the Jewish people depends on three things: preserving our core values, traditions and identity; mutual respect for our differences; and mutual responsibility to each other,” Rivlin said in receiving the declaration. “We must embrace our unity and our diversity. We must see our diversity not as a source of weakness, but a source of strength.

The declaration says: “The purpose of this shared vision is to strengthen and deepen unity among our People brought together by celebrating our shared destiny, to endorse and enhance our common values and moral code, and ground Jewish practice in every aspect of life on a broad and commonly accepted set of principles stemming from Jewish tradition and its vision for the world.”

The document calls to strengthen the Jewish people by improving security and well-being through mutual responsibility and connection, and strengthening Jewish identity. It commits to promoting ethics and morality, to being a “light unto the nations,” and to help develop and improve the world.

The document will travel to Jewish communities around the world to promote discussion and an expansion of its ideas.

“We are inviting Jews living in Israel and elsewhere to join in the crafting and completion of a document as ambitious as the Declaration of Our Common Destiny because we believe doing so has the potential to excite and engage Jews of all backgrounds and worldviews,” Ilia Salita, president and CEO of Genesis Philanthropy Group, said in a statement. “We know the initial draft of the Declaration will be vastly improved by the input it receives from the world Jewish community. This is Jewish crowdsourcing on a whole new level.”