7 things to look for in Israel’s elections on Tuesday 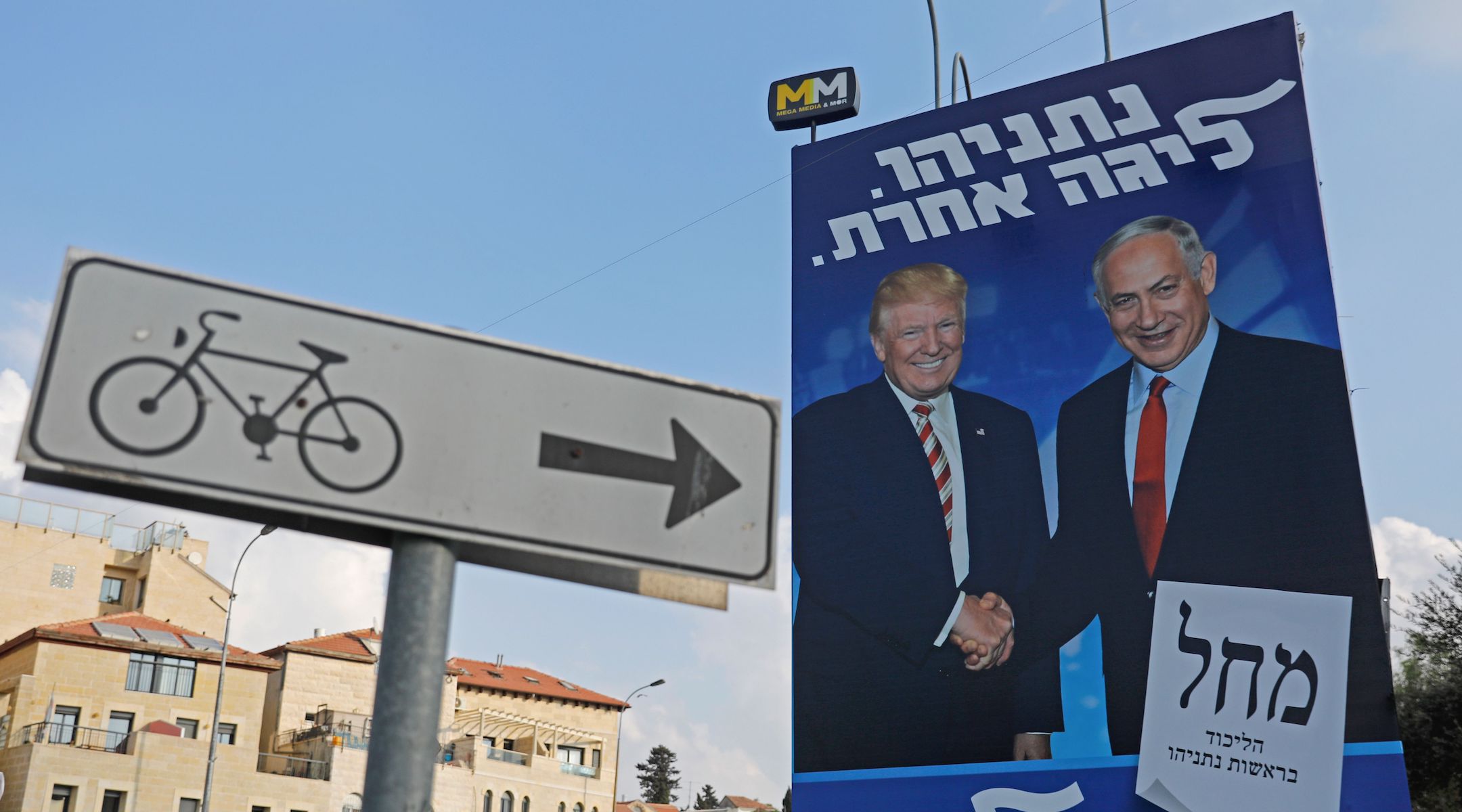 JERUSALEM (JTA) — Israelis head to the polls for the second time this year on Tuesday.

Prime Minister Benjamin Netanyahu is fighting for his political life after a decade in power. But it’s unclear if his centrist opponents have the votes to beat him. If he wins, he’s promised to annex a large section of the West Bank — dealing one more blow to any prospect of Israeli-Palestinian peace.

Israelis are also voting on how much influence Orthodox Judaism should have in their government. This is the second time Israel is holding elections this year. The first elections, in April, ended inconclusively because of an impasse between Orthodox and secular right-wing parties.

Exit polls from the country are notoriously fickle, so the real results of the election may leave onlookers in suspense for a bit.

Here are some of the more important things to look for on Election Day and their consequences going forward.

Are Netanyahu and his rivals heading for another tie?

It sure looks that way. In April, Netanyahu and his largest opponent, an ex-general named Benny Gantz, tied atop the voting results. And it might happen again. Two major polls that came out Friday showed Netanyahu’s Likud party and Gantz’s Blue and White alliance deadlocked at 32 seats apiece – below the 35 seats each party received in the April vote. Israel’s president, Reuven Rivlin, will determine which candidate should form the government based on which he thinks has the best chance of forming a stable governing coalition. Sixty-one seats in the 120-member Knesset is the number to reach. Netanyahu’s failure to form a coalition was what triggered this second election.

Will a third party be the kingmaker?

It seems likely. Yisrael Beiteinu, a right-wing party that wants less religious influence in government, may be able to decide who becomes prime minister. Both the right- and left-wing blocs appear to need the party’s seats to hit the magic number of 61, which guarantees a majority in the Knesset. Yisrael Beiteinu was firmly in the right-wing camp until the last election, when it refused to join a governing coalition unless the coalition endorsed a bill obligating haredi Orthodox men to participate in the mandatory military draft. Now the party is expected to pick up eight or nine seats, and has said it will only support a candidate for prime minister who is willing to negotiate a unity government of the two biggest parties, Likud and Blue and White. But Netanyahu’s rivals are determined to unseat him, so it’s unclear if a unity government could happen.

Will the far-right Jewish Power party pass the electoral threshold?

The short answer is maybe. Final polls show the party squeaking past the 3.25 percent minimum to acquire four seats in the Knesset. Still, Israeli voters aren’t always honest with pollsters, and some could change their mind on Election Day if they feel like Likud needs their votes to win. Netanyahu has been calling on Jewish Power voters for days to cast their ballots for Likud after sowing fear that Jewish Power will not pick up enough votes to enter the Knesset. If that happens, Jewish Power’s votes would get thrown away.

Will Netanyahu sound the alarm on Arab voters again?

In the hours before the polls closed in the 2015 elections, the prime minister warned in a video posted on Facebook that Arab Israelis were turning out to the polls “in droves” and thus threatening the formation of a right-wing government. That didn’t go over very well internationally. In the April election, Netanyahu appealed to right-wing voters by saying that if they voted for the smaller parties, he would not have enough seats to be tapped to form the next government. It’s an appeal he has been making with regularity during the current campaign. Maybe this time Netanyahu will try both tactics.

Will Arab-Israeli voters turn out this election?

Arab-Israeli turnout is traditionally lower than the national average, since their parties never sit in Israeli governing coalitions and are usually at odds with both the Israeli Jewish left and right. But in 2015, the four major Arab-Israeli parties put aside their own differences to form the Arab Joint List, enabling them to become Israel’s third largest party. For April’s election, the list split into two, factions. Arab voter turnout dropped to 49.2 percent and the combined Arab parties won only 10 seats, down from 13. They have reunited for Tuesday’s election, and there has been a major push to get Arab-Israeli voters to the ballot box.

How about general voter turnout?

Political experts believe that Israeli voters, frustrated by the need for an expensive and redundant second election in five months, may stay away from the polls.  The election with the lowest voter turnout, 63.5 percent, was in 2006. April’s balloting, meanwhile, had a 68.5 percent turnout, down from 72.3 percent in 2015. Thousands of Israelis reportedly are taking advantage of the day off from work to leverage vacation time to travel abroad, and with only a lead time of a few months, some Israelis had trips scheduled that they were unwilling to cancel.

Will there be cameras in the voting booth?

Not this time. For the April elections, Likud placed 1,200 hidden cameras in polling places, mostly in Arab communities. Party officials said the cameras were aimed at preventing voter fraud, but critics said it was a tactic meant to scare away Arab voters. Proposed legislation that would have allowed activists from any party to have cameras at polling places failed to pass prior to the elections.

Here we go again: A beginner’s guide to Israel’s 2nd election in 2019