Activism is the most Jewish thing I do 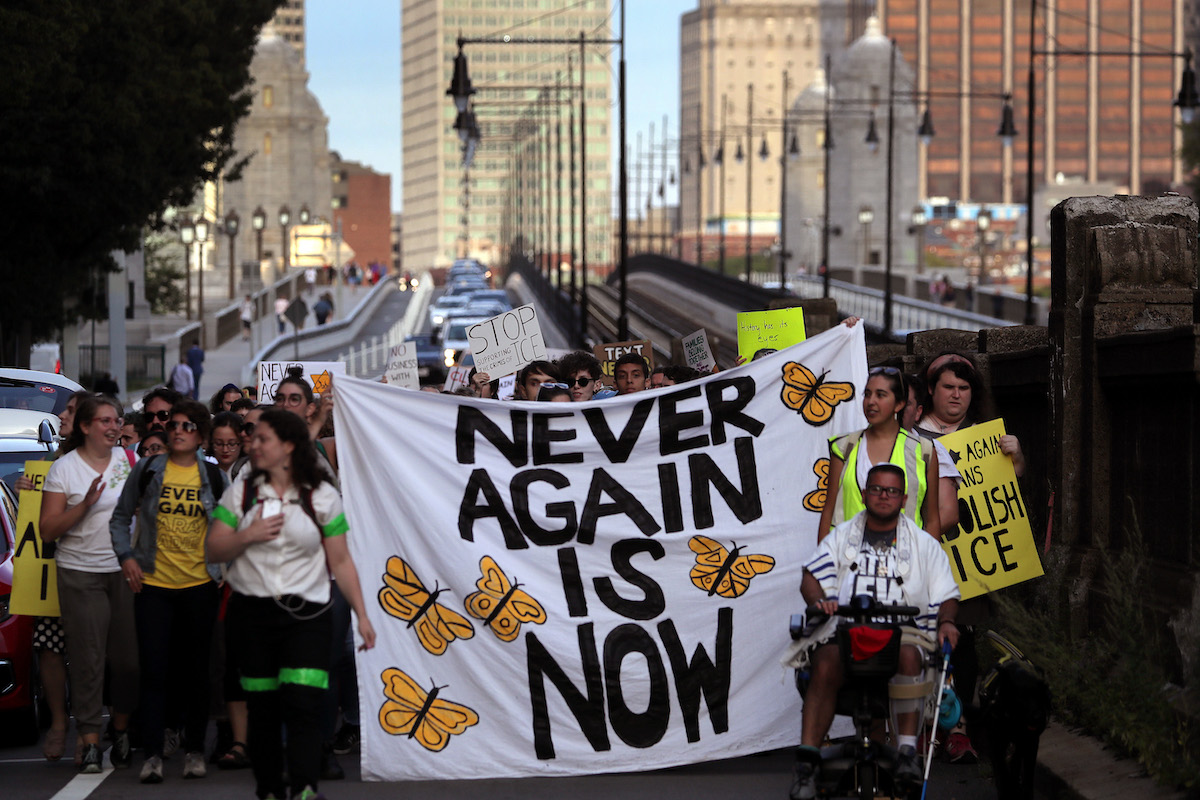 In March 1965, the civil rights movement led a three-day march across a bridge from Selma to Montgomery as an act of protest against prejudice and segregation-based voting laws that ultimately disenfranchised African-American voters. The march in Alabama was attempted three times.

On the first try, nonviolent demonstrators were met with police brutality, an event now known as Bloody Sunday.

During the second, the marchers crossed the bridge but were turned back due to a restraining order by the state’s courts.

For the third, President Lyndon Johnson ordered the Alabama National Guard, federal marshals and FBI agents to escort the demonstrators for the entire march. They finally arrived in Montgomery on March 24, 1965.

One of the demonstrators was Rabbi Abraham Joshua Heschel. Upon his return to New York City, several individuals asked if he found time for prayer while he marched in Alabama. He famously replied, “I prayed with my feet.”

On July 2, 2019, in Boston, I looked down at my own feet as Hebrew words escaped my lips among a cacophony of voices around me. My gaze drifted toward the ICE detention center looming before me, where I was among demonstrators protesting the inhumane treatment of those seeking refuge and asylum in the United States. My voice grew louder, my feet felt more grounded.

Perhaps for the first time, I truly prayed.

I have never been particularly religious. I was raised loosely interfaith, mostly participating in religious ceremonies as a performance rather than to prompt a deep connection to any faith or higher being. While I always had a cultural investment in my Judaism, it wasn’t until I was an adult that I began to look deeply at my religious beliefs. I was still not necessarily interested in finding a connection to God, per se, but I was searching for a sense of community surrounded by a core belief.

I took classes at a local synagogue, met monthly with a rabbi and completed an affirmation process, visiting the mikvah earlier this year. I chose a Hebrew name, attended services on the High Holidays and followed the steps that I thought would lead to a more Jewish life.

Yet I never felt like prayers belonged in my mouth. Any melody that wasn’t the “Prince of Egypt” soundtrack seemed to be as foreign as the first time I hummed it. I still felt this void and inability to claim my Jewishness as my own, despite doing Judaism “correctly.” And I wasn’t finding the Jewish life or community that I sought.

Two years ago, the Boston Holocaust Memorial was vandalized twice in a single summer. Neo-Nazis took to the streets in a mockery of a public demonstration. There was a rising heat and palpable fear not just in Boston but nationwide. There was Charlottesville, Pittsburgh, Poway, the Wyatt Detention Center. And again earlier this month, Boston was the home for a Straight Pride Parade, a cover-up for white supremacy and neo-Nazi ideology to march freely down my city’s streets.

It was because of those events in Boston two years ago that I felt compelled to study Judaism more closely. Instead of being afraid of the rising hatred around me, I would ground myself further into my own identity. At the time I thought that was by becoming more traditionally religious. But what I learned is that my identity as a Jew is directly tied to my ability to protest, to demonstrate, to stand firmly for what I believe in.

My Judaism is not about trying to force a disingenuous relationship with God or memorizing prayers. It is about my feet. It is about movement and movement building. It is about applying my abilities as a Jew to practice “tikkun olam” fervently, diligently and in community.

It is incredibly disheartening that this sort of practice is even necessary. The events from two years ago are resurfacing in more destructive and dangerous ways, not just against Jews but against marginalized communities across the country. Every day I am presented with an indigestible amount of information about a new demoralizing policy, another mass shooting or a political scandal that either puts lives in jeopardy or ends them.

Yet every day, I also make the choice to pour energy into the Jewish movements that demand change and are not afraid to use our identities as Jews to combat the political ideologies that tokenize us for their own gain. Whether I am on the ground marching or providing support remotely, each demonstration I help organize is an act of prayer.

When we act in solidarity with other ostracized and marginalized groups, there is real progress and the ability to redirect the trajectory of our society. It is exactly what those against us are most afraid of because when we act as a collective, we harness an immutable power to create actualized change.

Organizing with these movements is the closest phenomenon to religion I have felt. They have taught pertinent Jewish learnings and given me a community to lean on, where we can breathe deeply, where solidarity is valued above individualistic gain, and where you can hear the sound of thousands of feet praying with every step forward.