But the 35-year-old Christian artist, who just spent four days painting a 30-by-40-foot mural of the late Jewish poet, learned about Senesh earlier this year and was struck by her bravery. A national hero in Israel, Senesh parachuted into Europe to help anti-Nazi forces in 1943. She was captured and killed at the age of 23, but despite being tortured refused to reveal any details of her mission.

“To be able to hear the story of such a young girl that had such conviction to do something so dangerous, and then she never gave up information when she was captured, that’s my hero,” she told the Jewish Telegraphic Agency on Wednesday in between finishing work on the mural. “So I really wanted to paint her.”

Robertson, who goes by the name JUURI professionally, painted the mural in the East Village neighborhood of San Diego. She learned about Senesh earlier this year while on a trip to Israel organized by Philos Project, a Christian pro-Israel group. She had been to Israel two other times as part of delegations organized by Artists 4 Israel, a group that brings creatives to the Jewish state. 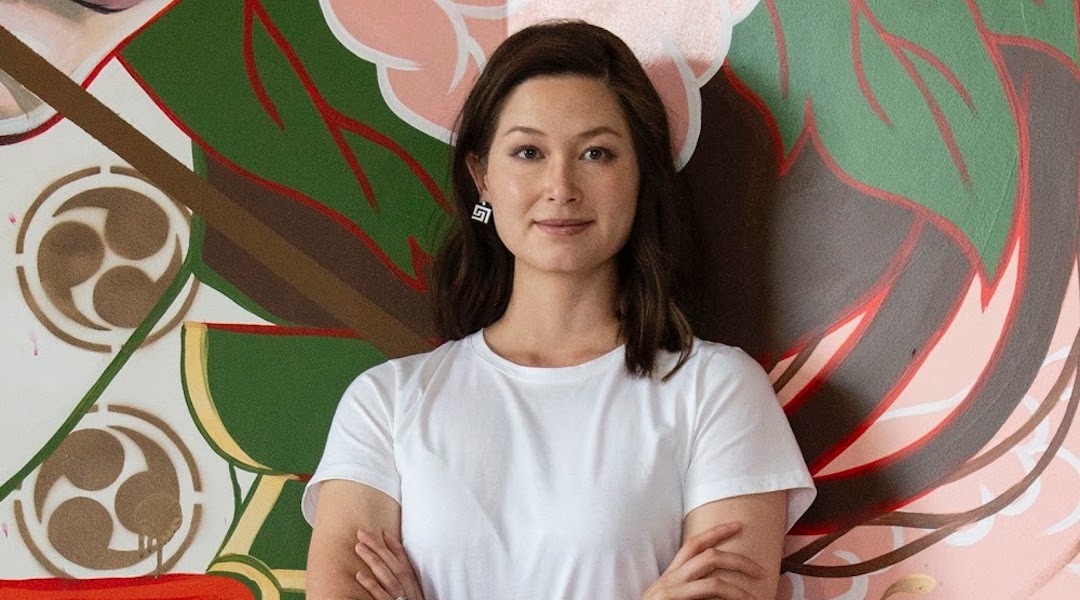 Julie Robertson draws inspiration from Japanese art in her murals. (Courtesy of Robertson)

The Oklahoma City-based artist says she had always wanted to go to the Jewish state because “[i]t’s the starting place of my faith.”

“I’ve always heard about Israel my entire life, but you can’t really know what it is until you go there,” she said.

As part of the Artists 4 Israel trips, Robertson painted murals throughout the country, including on a wall on the border with Lebanon, an experience she describes as “unique.” It took her seven days to complete the 13-by-30-foot mural, which shows a woman’s face surrounded by horses looking at a dove holding an olive branch.

“It was a little bit different because [of] the soldiers going back and forth all the time,” she said. 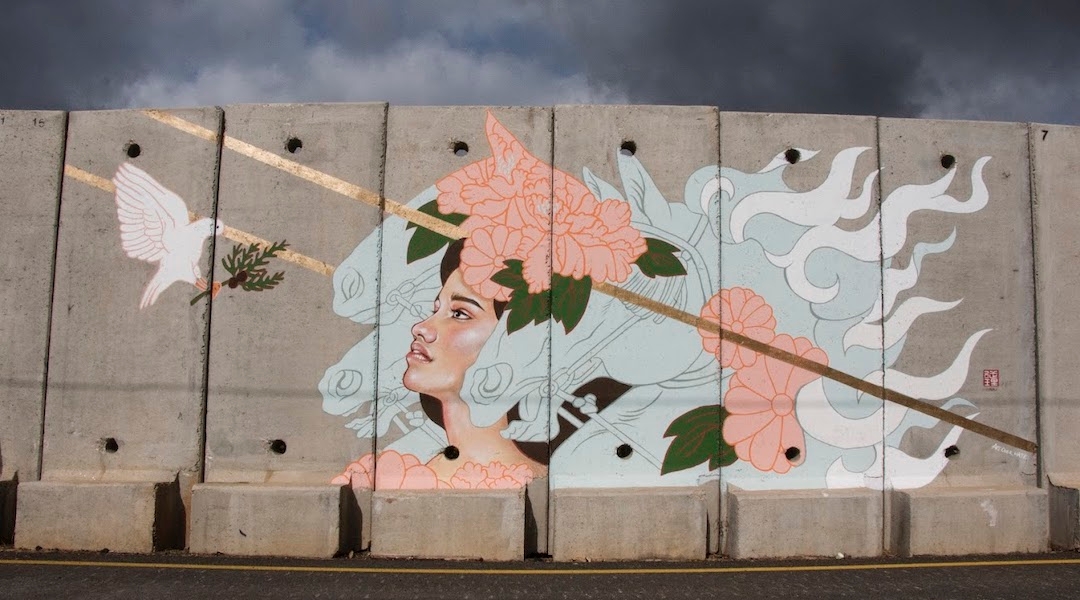 Robertson painted a mural at the Israeli-Lebanese border. (Courtesy of Robertson)

She draws on influences from her native country in her art, often combining Japanese floral patterns with images of female faces. In the Senesh mural, Robertson juxtaposed flowers from a Japanese kimono on to the Jewish fighter’s uniform.

The mural is part of Ladies Who Paint, a weeklong festival that runs through Saturday and brings 12 female artists to paint murals in San Diego. Robertson wasn’t sure if the organizers would be on board with her idea, since few of the other murals feature historical figures.

“But I showed them the design and told them what it was and said, ‘This was the ultimate female empowerment, she was such a hero,’ and they thought it was really cool,” she said.

There’s an added layer of meaning since the mural is only about a half-hour drive from the city of Poway, where a synagogue shooting in April left one dead and three injured.

“I want to get a message of hope and beauty here and just encouragement that everyone is thinking about them,” Robertson said.

Though the mural does not include Senesh’s name, the figure is wearing a uniform with a British paratrooper insignia. Robertson hopes that her art will inspire both those who get the reference and those who don’t.

“I think it just shows goodwill to the city and for the Jewish community, and for everyone else it’s beautiful,” she said. “Even if they don’t know what it means, there’s something about humongous art that gives a big impact on people.”