By withdrawing from Syria, Trump has abdicated responsibility and abandoned allies 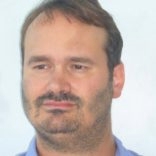 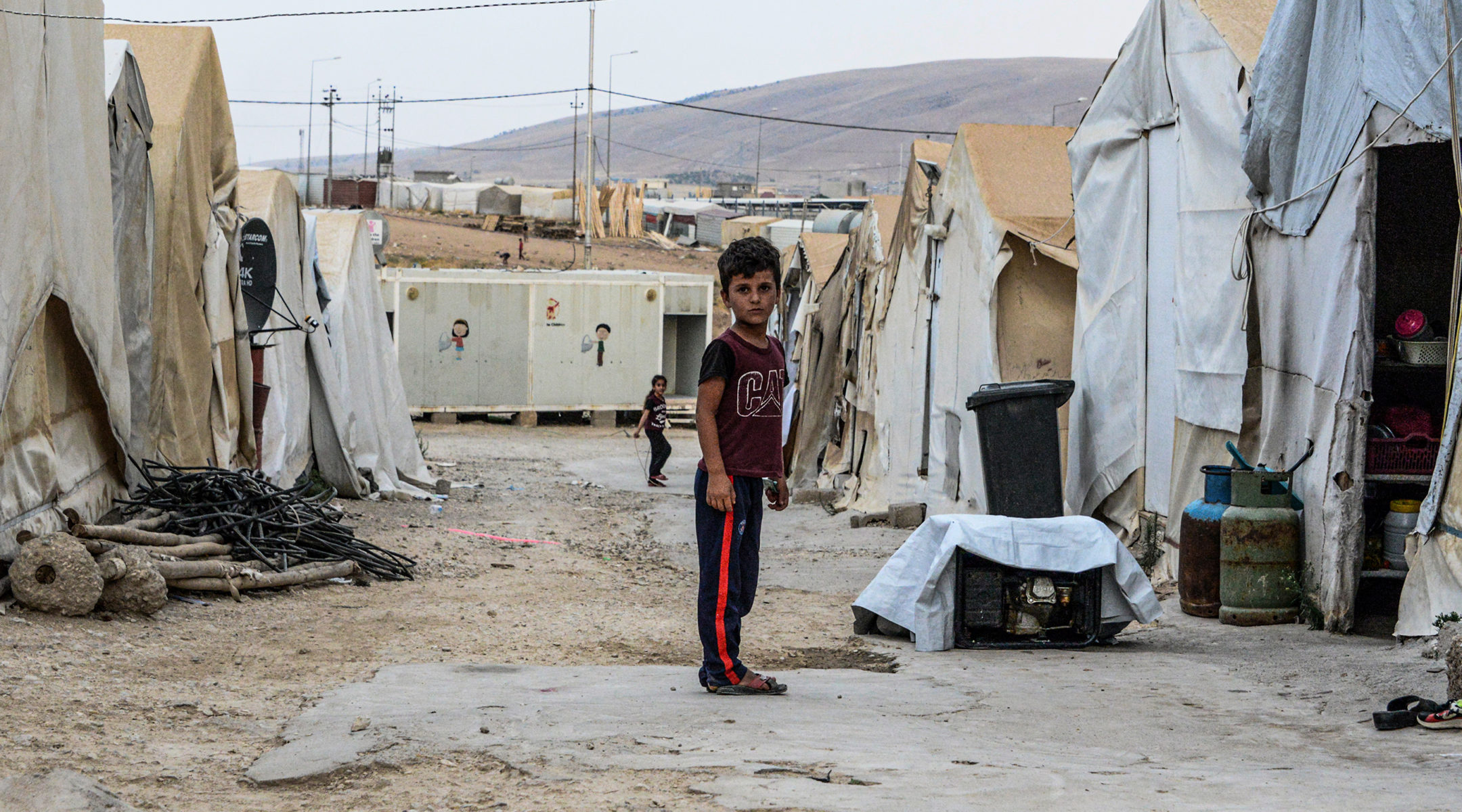 A boy stands in an alley between tents at a camp for internally displaced persons of Iraq's Yazidi minority in the Sharya area, about 10 miles from the northern city of Dohuk in the autonomous Iraqi Kurdistan region, Aug. 30, 2019. (Zaid Al-Obeidi/AFP/Getty Images)
Advertisement

JERUSALEM (JTA) — President Donald Trump has been on a foreign policy roller-coaster this month that seems more jarring than usual. It began with him announcing a withdrawal from part of Syria on Oct. 6 and apparently will end with a speech on Oct. 27 about the killing of ISIS leader Abu Bakr al-Baghdadi.

Trump was widely excoriated for the withdrawal for betraying America’s Kurdish allies in eastern Syria and letting Turkey unleash an attack on them. Those of us in the Middle East are left wondering what comes next.

The president has said the U.S. presence in Syria is one of America’s “endless wars,” which reflects a long-term fatigue in Washington over the nation’s involvement in the Middle East and a feeling that the United States can’t solve all the world’s problems.

While that is an understandable feeling, the United States became involved in Syria to fight ISIS and promised the people there that it would “stabilize” the country. In 2018, the United States also said it would stay in Syria until Iran, a supporter of the brutal Assad regime in Syria, leaves.

There was a time, in the 1990s, when the United States was committed to helping refugees, stopping ethnic cleansing and trying to play peacemaker in places like the Balkans and East Timor, or in the Israeli-Palestinian conflict. But the fact that 200,000 people were displaced in eastern Syria after Trump’s actions, without even one visit by Washington envoys to seek to aid the refugees, demonstrates that America’s role in the Middle East has fundamentally changed.

The story of eastern Syria and America’s dwindling role has large regional ramifications. In neighboring northern Iraq, the autonomous Kurdistan Regional Government, or KRG, has counted on U.S. support. It is a stable area, safe and pleasant to travel to with beautiful mountains and gushing rivers. The government helped fight ISIS and keeps extremists at bay but is concerned about the surrounding instability.

For the residents of eastern Syria, the U.S. role, while a bit confusing, inspired hope for security. Under American flags flapping behind MRAPs and Humvees, they could go about their lives.

But in Baghdad, south of the KRG capital of Erbil, horror is now unfolding. More than 200 protesters have been shot this month by the government. Pro-Iranian parties in Baghdad weave stories of conspiracies blaming Israel and the United States for the protests. It is unsurprising that this is part of rising rhetoric against Israel in Iraq as Iranian-backed militias seek to move arms across Iraq to Syria and Hezbollah.

Turkey had vowed for more than a year to launch an operation targeting the Syrian Democratic Forces, a group with which the United States partnered in 2015 to fight ISIS. Turkey says the SDF are “terrorists” linked to the Kurdistan Workers Party. The Pentagon says the SDF are great fighters and has trained 100,000 of them.

That was all turned upside down when Trump said U.S. troops would leave. On Oct. 13, the United States announced a complete and orderly withdrawal. The Syrian regime of Assad and its Russian backers jumped at the opportunity, spreading forces into eastern Syria where U.S. bases had been. While the United States could not stop the Turkish invasion that forced 200,000 people from their homes, Russia was able to get a deal with Turkey’s leader, Recep Tayyip Erdogan.

Under that deal, the Syrian Democratic Force will withdraw from the border and hand over a swath of eastern Syria to the Syrian regime. In return, Russia will prevent further Turkish attacks.

For locals, that is a difficult bargain, giving up hard-won freedoms in exchange for protection the United States was unable to provide. Their future will now be decided by Moscow, Damascus and Ankara — a sad fate for people who helped defeat ISIS and only asked for the United States to halt attacks on them in return.

It is a fate made more harsh by lack of clarity from Washington. The only fig leaf is the chance that SDF members might be invited to meet Trump, as the White House now wants to keep Syria’s oil and have the SDF keep guarding ISIS detainees.

I have covered the ISIS war since it began, making frequent trips to Iraq, Turkey and other countries affected by the heinous crimes of Baghdadi’s caliphate. Last month, I flew to northern Iraq to meet with Yazidi refugees who are still living in camps in the Kurdistan region where they fled in August 2014.

Survivors are in desperate need of trauma care and support. For them, the war on ISIS or the killing of Baghdadi is not closure because they still can’t return home for fear of renewed ISIS attacks and due to Iraq’s instability. Some 3,000 Yazidis are still missing. They were enslaved by ISIS and murdered, their bodies dumped in mass graves.

The Yazidi refugees in northern Iraq are now witnessing the arrival of new refugees from Syria, 12,000 Kurds who are fleeing a Turkish offensive. Before Oct. 6 and Trump’s decision, they were living peacefully along the border with Turkey.

There is something surreal about the disconnect that appears to cloud Washington’s view of Syria and the actual situation in the country. Millions of Syrians became refugees as a result of the civil war and Assad’s bombing of Syrian rebel-held cities, such as Aleppo. Today, a shaky cease-fire holds across Syria brokered by Iran, Turkey and Russia in a series of deals they have worked on since 2017.

The United States, despite getting into Syria with good intentions, first to oppose Assad and then to fight ISIS, has been pushed into a corner. Local residents, especially members of the Kurdish minority, had hoped the U.S. might stick by their side the way Russia was backing the Syrian government in Damascus and the way Turkey has backed the mostly Arab Syrian rebels.

The increasingly transactional nature of Trump’s view of the Middle East has ramifications for Israel as well. Although Secretary of State Mike Pompeo came to Israel in the wake of the Syria decision and supported Israel’s actions against Iran in Syria, Israel is concerned about Iran’s growing attempt to supply precision-guided missiles to Hezbollah and its other activities in the region. An Iranian attack on Saudi Arabia in September, harming a key oil installation at Abqaiq by using drones and low flying cruise missiles, shows Israel what a threat might look like.

Eastern Syria was both an important strategic area for the United States and also a peaceful area filled with U.S. allies that helped defeat ISIS. It’s hard to see how much can be salvaged now, especially if official U.S. policy has shifted to focusing only on “securing the oil” in eastern Syria.

In a roller-coaster three weeks, the U.S. has abdicated responsibility and abandoned allies. Washington is viewed in the region as increasingly erratic, and an unstable, untrustworthy ally. That will affect generations to come — not just the people sitting in refugee camps in northern Iraq, but people across the Middle East.

Seth J. Frantzman
is executive director of the Middle East Center for Reporting and Analysis. A former assistant professor of American Studies at Al-Quds University, he covers the Middle East for The Jerusalem Post. He is the author of “After ISIS: How Defeating the Caliphate Changed the Middle East Forever.” Follow him on Twitter @sfrantzman.
The views and opinions expressed in this article are those of the author and do not necessarily reflect the views of JTA or its parent company, 70 Faces Media.