Being a Jewish person without a Jewish last name 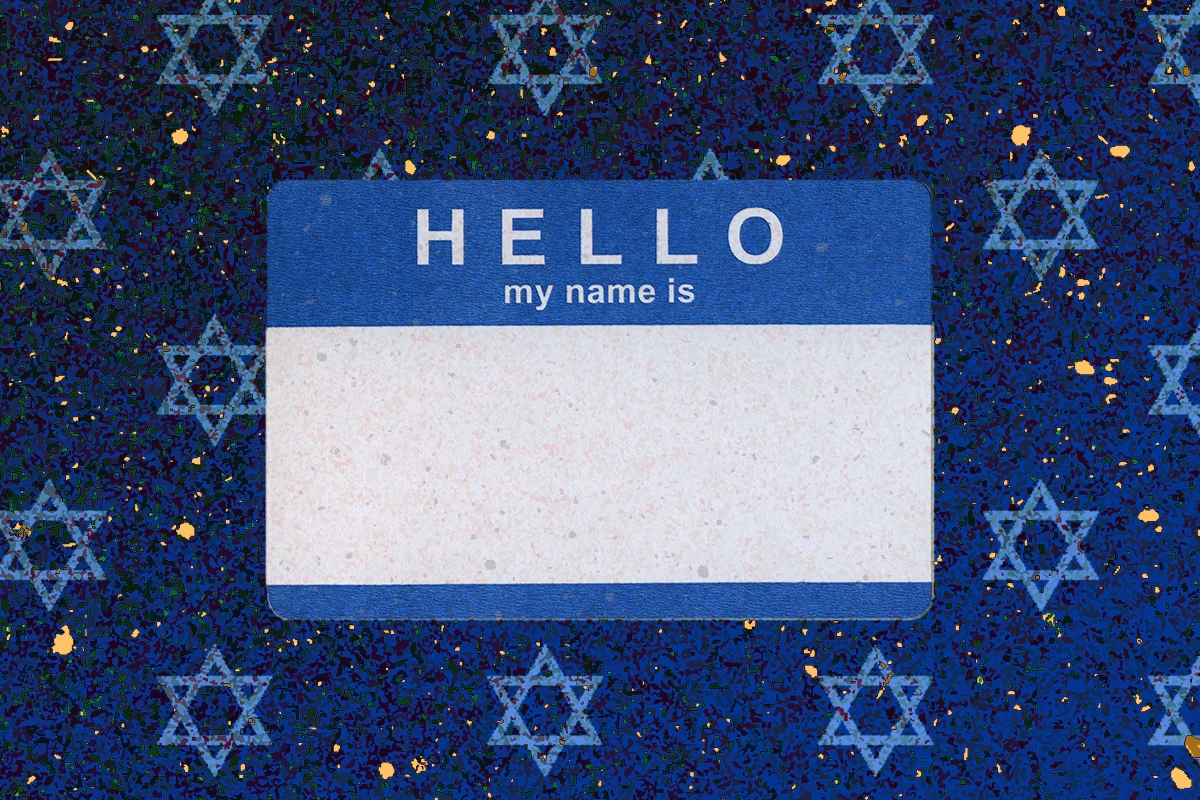 The first thing I noticed were all the Confederate flags. They weren’t in front of every house we passed, but they waved in enough windows for their sentiment to be apparent. My partner Ryan and I were camping at Mammoth Cave National Park, and our trip to Kentucky was the first time I had really left my liberal bubble. Everyone we encountered was friendly and polite, but those flags were enough to put me slightly on edge.

Two days into the trip, we decided to rent a canoe. That’s how we found ourselves in a van on a Kentucky dirt road with a man named Corey from the canoe company. We were making small talk as he drove us to the Green River. I told Corey that his first name was my last name, and he was fascinated by the revelation.

“I don’t think I ever met anyone with my name as their last name,” he said.

Corey asked about the origin of my last name and all I could think about were those Confederate flags. While I hemmed and hawed, Ryan started to provide an answer, but I interrupted him to give a vague and concise explanation: “Um, my grandpa changed it and made it our last name years ago.” I changed the subject and continued our small talk without any mention that I’m Jewish.

It is for that very reason my grandfather changed our last name from Cohen to Corey over 70 years ago. When my great-grandmother got sick, my grandfather and his brother moved with their mother from Brooklyn to Arizona. But anti-Semitism was lurking, and getting jobs proved difficult with a last name descended from one of the tribes of Israel. So in order to get work, the Cohens became the Coreys.

My grandfather eventually traveled back east, which is where he raised my dad and my uncle. It’s where I was born and raised, too. I grew up in a New York City suburb on Long Island, where the majority of my friends had “-berg” or “-stein” tacked onto their last names. My public school closed each year for the High Holidays, and there were at least five synagogues within a 10-mile radius. At my liberal arts college, the Jewish program house (called the Bayit) was one of the most popular housing options.

Growing up, being Jewish wasn’t something to hide. If anything, I wished I had a last name that announced my Jewishness more loudly. At the most petty level, a more Jewish last name would help me fit in better and, more nobly, it would help me to claim a part of my identity right from the moment I introduce myself.

My dad first explained to me how our last name came to be when I was 5 or 6 years old. I started insisting that we change it back.

“Cohen is our real last name,” I told him. And he said no, our family name is the one we have now, the one that he grew up with. The one that his father made for us. It would take me years to fully understand what he meant.

After I graduated from college, a few things happened that changed my relationship to Judaism. I began dating Ryan, who’s not Jewish. That means that with each holiday, or Yiddish exclamation thrown into conversation, or reference on “Broad City,” I need to pause and offer a brief lesson. It also means that each time I do this, I stop and reflect on my Judaism, claiming it a bit more, something I rarely did when I was growing up.

After I graduated, the U.S. saw Donald Trump’s election and the rise of the “alt-right.” Suddenly I was more aware of anti-Semitism than ever before. I’m white and I have all the privileges that come with being a white person. But I became aware that there are many people out there who definitely would not consider me white. Did that mean that I just passed as white? And that my non-Jewish last name helped me to pass even more?

That trip to Kentucky, which took place the summer after Trump was inaugurated, was one of the first times in my life when I felt like I might be unsafe because of my cultural background. The plethora of Confederate flags reminded me that I might not be very welcome if my name were Sarah Cohen. But the combination of my whiteness and ambiguous last name saved me the uncomfortable (at its mildest) or dangerous conversation (at its most extreme) about my background.

Normally I don’t hide my Jewishness. In my day-to-day life, when my sixth sense for danger isn’t tingling, I wear my Jewishness loudly. I literally wear it; one of my favorite pieces of clothing is a T-shirt that says “Oy vey.” My favorite holiday (among both secular and Jewish ones) is Passover. The mezuzah Ryan gave me during our first Hanukkah in our shared apartment is one of my most prized possessions. Judaism is an important part of my identity and I don’t want it to be hidden.

In a way, my non-Jewish last name has made me feel more Jewish than any other part of me. Now that I finally understand what my dad told me a couple of decades ago, I understand the history and power of our last name. It carries some inherited trauma, something that cannot be denied when talking about much of Jewish history, and for that matter, many family histories as well. But it’s also strengthened my identity.

Because I must assert myself each time I explain my last name, I know who I am. I can’t let my name speak for itself. Instead, I must say it out loud myself. I am Jewish.