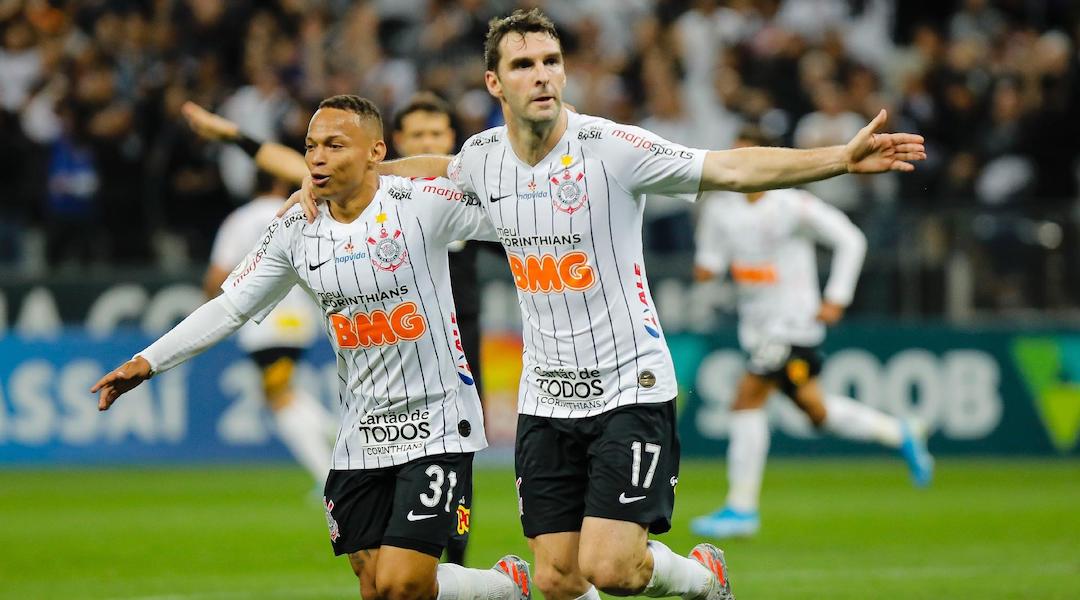 Members of the Corinthians soccer team wore yellow Stars of David on their jerseys, Nov. 6, 2019. (Courtesy of Corinthians)
Advertisement

SAO PAULO (JTA) — Players for one of Brazil’s most popular soccer teams wore Stars of David on their jerseys on Wednesday to remember Kristallnacht, or the 1938 Nazi pogrom that most mark as the beginning of the Holocaust.

The Corinthians team’s players took the field with yellow stars embroidered above the club’s logo. Some 22,000 supporters watched them defeat Fortaleza by a score of 3-2.

Many of the seats in the stadium also displayed yellow stars, with the message “A star not to forget” printed on them. The team additionally opened a photo exhibit about the Holocaust. 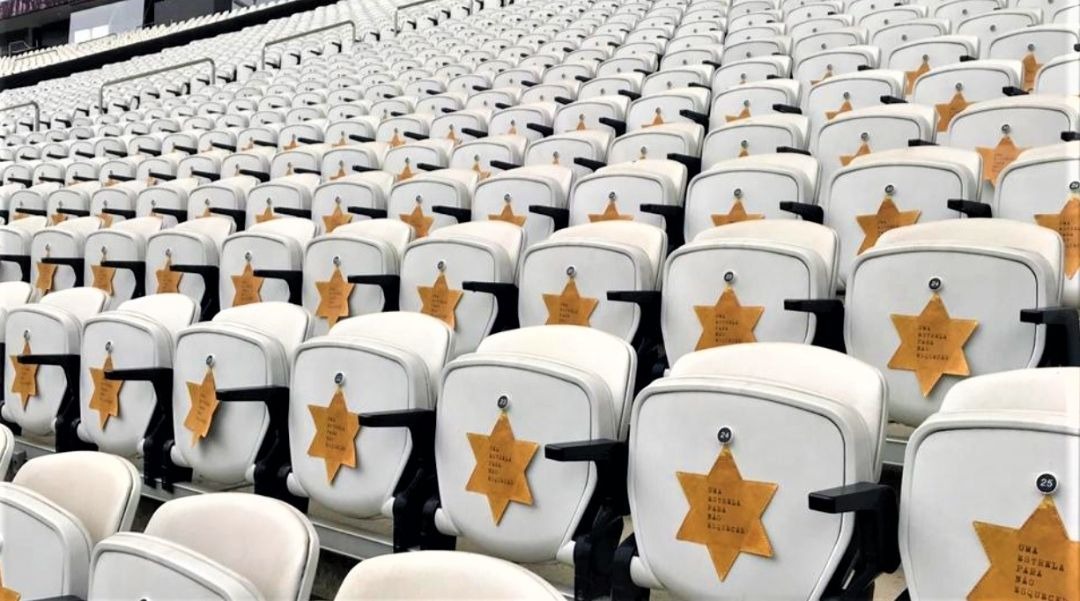 On Nov 9-10, 1938, dozens of Jews were left dead and hundreds of Jewish storefronts were ruined, along with other buildings and synagogues in Germany and Austria. Tens of thousands of Jews were arrested by the Nazis in the days following the pogrom. The night’s name, which translates to the “night of broken glass,” refers to the shards of broken glass that littered the streets the following morning.

“In times of so much intolerance, hate speech, xenophobia and racism, this initiative is an example of love for the other, of commitment among peoples and nations,” Rabbi Toive Weitman, head of the Sao Paulo Holocaust Memorial, told the Jewish Telegraphic Agency.

The Corinthians team has the most support among Sao Paulo’s 60,000 Jews. Corinthians was founded in Bom Retiro, the Sao Paulo neighborhood that was once heavily populated by Jewish immigrants who arrived in the early twentieth century and is still today home to several Jewish institutions, including the Holocaust memorial.

A Portuguese-language video about the team and why it decided to remember Kristallnacht publicly was premiered before the match and quickly went viral on social media, gaining massive media coverage in Brazil.

“Corinthians’ message shows that Brazil is an example of peaceful coexistence, everyone must respect one another,” Daniel Bialski, who serves as Corinthians’ attorney and is president of the Hebraica Jewish sport club, told JTA.

In January, the Corinthians posed for a photo on their home field holding a poster with the hashtag #WeRemember in honor of International Holocaust Remembrance Day, which got some 50,000 likes on social media. In 2018, the team wore uniforms featuring the names of the 11 Jewish victims of the Pittsburgh synagogue shooting.

“I feel greatly represented by the (team’s) message. Fighting the hatred against Jews must be emphasized and disseminated for all,” Persio Bider, president of the Organized Jewish Youth organization, told JTA. 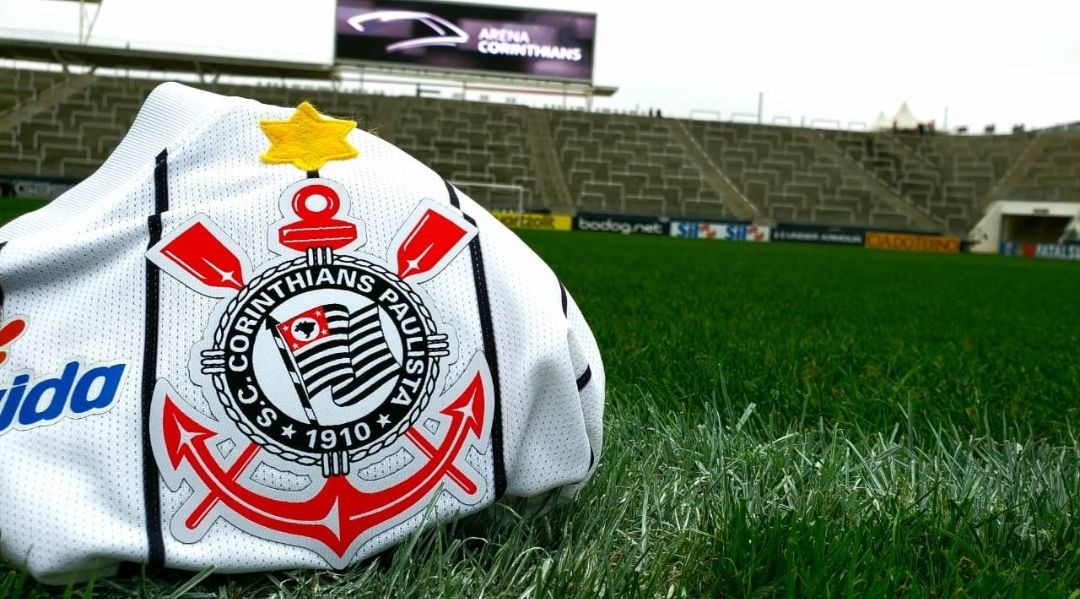 A yellow Star of David was stitched on the jersey of Sao Paulo’s Corinthians soccer team to commemorate Kristallnacht. (Courtesy of Corinthians)

“On behalf of the State of Israel, I would like to praise you for your inspiring decision,” Israel’s Minister of Culture Miri Regev wrote in a letter to the president of the team, Andres Navarro Sanchez, on Thursday. “I hope that many will adopt your most motivating campaign against Holocaust denial, hatred, prejudice, racism and antisemitism.”

Founded in 1910, Corinthians is one of Brazil’s most popular soccer teams with over 30 million fans. It was listed by Forbes as the most valuable soccer club in the Americas in 2017, worth $576.9 million.