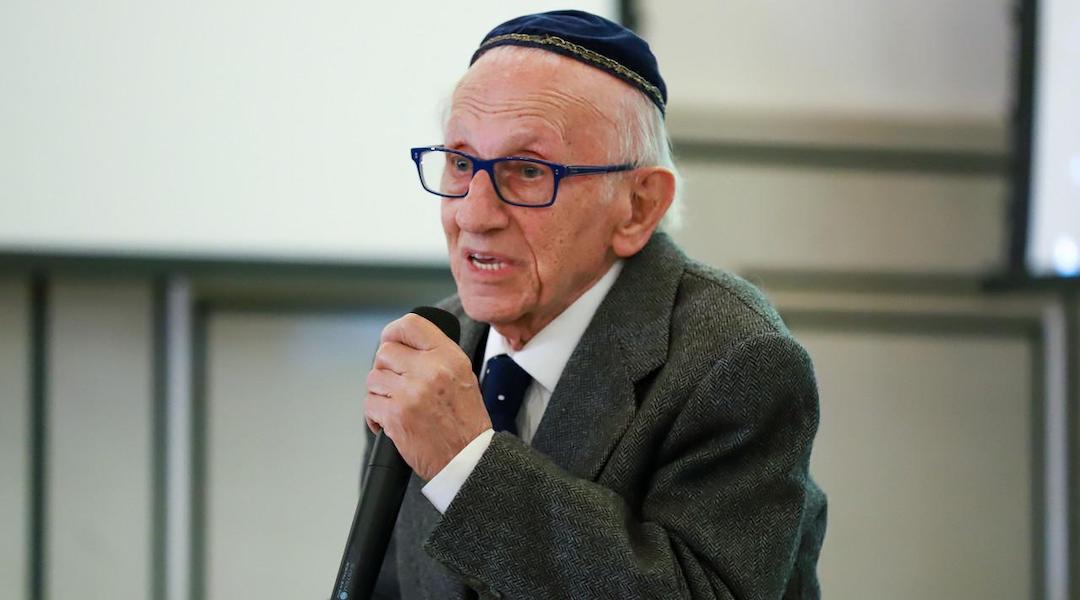 RIO DE JANEIRO (JTA) – At 91, Holocaust survivor Andor Stern no longer fears the Nazis who imprisoned him in Auschwitz. Living in his native Sao Paulo, Brazil’s largest metro area of nearly 25 million, what scares him today are burglars – his modest house has been broken into twice in the city where he was welcomed back after his escape from Europe.

Monday was a unique day in his life: Stern, who is recognized by the Brazilian Association of Holocaust Survivors and across the country as the only Brazilian-born Holocaust survivor, celebrated his bar mitzvah a mere 78 years late.

Full of symbolism, the touching ceremony was held at Sao Paulo’s oldest synagogue, Kehilat Israel, on the day that the association marked the 81st anniversary of Kristallnacht, the 1938 Nazi pogrom in Germany and Austria that most mark as the beginning of the Shoah.

“This is our answer to Hitler and Nazism,” Rabbi Toive Weitman, the head of the Sao Paulo Holocaust memorial who led the ceremony, told the Jewish Telegraphic Agency. “Hitler’s goal was not only a physical slaughter of the Jewish people, but also a spiritual extermination. He failed. Mr. Stern continues, connected to his essence, celebrating life with his family.”

Carlos Reiss, director of the Curitiba Holocaust Museum, said that Stern’s example — an older Holocaust survivor returning to his or her religion and having a bar or bat mitzvah — has become increasingly common in recent years around the world. 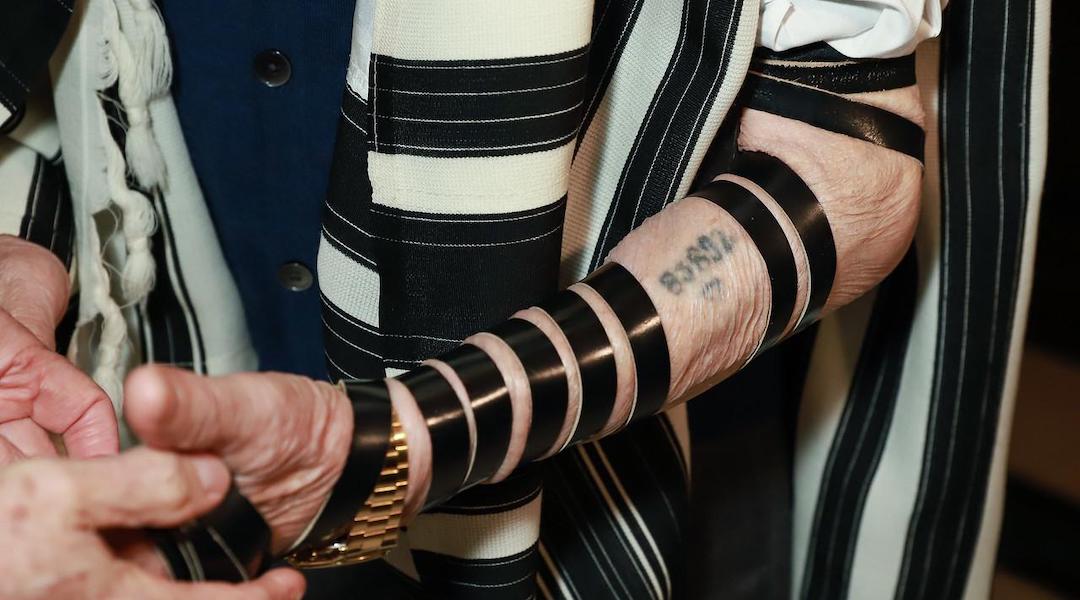 “It helps build the memory of the Shoah by highlighting the resilience and importance of Jewish identity,” Reiss told JTA. “However, there are thousands of children who have not had this opportunity because their lives were shortened.”

Stern was 3 when his father was transferred to India in the early 1930s by the multinational mining company he worked for. In 1936, the family moved to Hungary, where his grandparents lived. He later hid with them when the first anti-Semitic acts began.

Besides being a Jew, Stern was Brazilian. When Brazil entered World War II and sent troops to fight for the Allies in Italy, the boy was considered an enemy of the state and interned in a labor camp in the Lower Carpathian region, from which he fled.

But his freedom was short lived. In April 1944, the Sterns were thrown into the wagon of a freight train headed to Auschwitz, and he spent 13 months there. His mother and grandparents were killed in the death camp’s gas chambers.

“I saw my mother coming out of the chimney on Oct. 6, 1944. It’s a drag having to remember that, but I remember everything,” he said in a recent interview with Folha de S.Paulo newspaper. “I was out of the world until May 1, 1945, when we were released by the American soldiers. I was 17 and weighed 60 pounds.”

Freddy Glatt, the German-born president of the Brazilian Association of Holocaust Survivors in Rio, lived through a situation similar to Stern’s after his family was forced to move to Belgium. But he miraculously escaped deportation to the camps by moving near the German-Dutch border.

“There was no rabbi, no tallit, no tefillin or Torah. Andor has my age today. I wish him mazel tov,” he said, proud of his own bar mitzvah at the age of 85 in Rio. Stern returned to Brazil in 1948, married and had five daughters. He has nine grandchildren and can’t keep track of the number of great-grandchildren.

“A psychiatrist once told me that everyone who goes through what I did in war will never be whole again, will never leave the concentration camp. I left it behind,” Stern said. “I’m lucky.

“I’m not a hero. Despite everything, I am very grateful to life for everything.”