Where does Julián Castro stand on anti-Semitism, Israel and other issues that matter to Jewish voters in 2020? 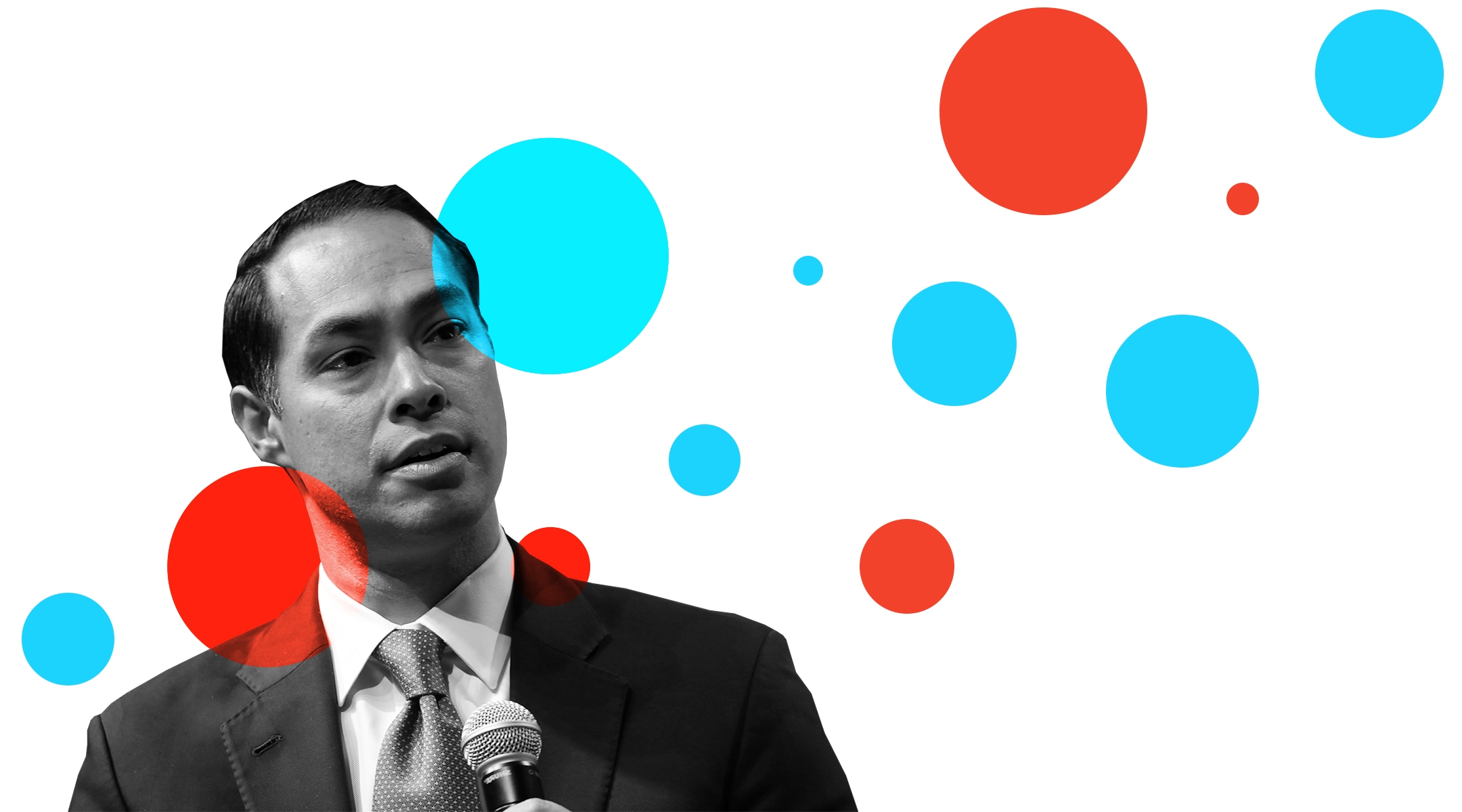 (JTA) — Secretary Julián Castro was the youngest member of President Obama’s cabinet, serving as housing secretary, and was previously the youngest mayor of a major U.S. city, as the former mayor of San Antonio, Texas.

He’s the only Latino candidate in the race and has worked to bring together Hispanic and Jewish leaders in the past. As he explained to Hadassah Magazine in 2013, “Both communities know about crossing borders, about struggle.”

What has Julián Castro said about anti-Semitism?

“Our fight against anti-Semitism is far from over,” Castro tweeted on the anniversary of the Pittsburgh syngagogue shooting. “We have to stop the rising tide of white supremacist violence.”

On his campaign website, Castro lays out a “People First Plan to Disarm Hate: Combating White Nationalism and the Gun Violence Epidemic.” While the plan does not explicitly name anti-Semitism, it mentions the Pittsburgh shooting and discusses how he will combat white supremacist violence. He writes, “White supremacy is not only an ideology of America’s past, it is one that persists today. Building a more inclusive society must start with condemning white supremacy.”

His Twitter account has tweeted in response to the Yom Kippur attack in Halle, Germany, the Chabad of Poway attack and the Pittsburgh synagogue shooting anniversary.

I am appalled by the hateful attack on a synagogue in Germany. That Jewish people cannot worship in safety on Yom Kippur, seven decades after the Holocaust, shocks the conscience.

It is on all of us to condemn and root out anti-Semitism.https://t.co/D8D7tZ5nav

Castro told CNN at the time that he did not believe Omar was an anti-Semite “in her heart” but said her comments “gave life to some old tropes, biases against Jews as having dual loyalties.”

Regarding the House resolution, Castro said he was “glad to see the House condemning bigotry.” He rejected claims by some, including Democratic Rep. Ted Deutch of Florida, that the resolution was watered down to appease progressives.

What does Castro say about the movement to boycott, divest from and sanction Israel — commonly referred to as BDS?

“I don’t agree with BDS, I don’t support BDS, but I also do not support cracking down on political speech. People should be able to express themselves,” he said in October 2019.

Castro led a San Antonio delegation to Israel to sign a “friendship-city agreement” with Tel Aviv. While there, Castro and Peres, then Israel’s president, “hit it off.” The pair talked for over an hour, nearly double what had been planned, until “aides to Peres finally reminded the president he had another meeting.” 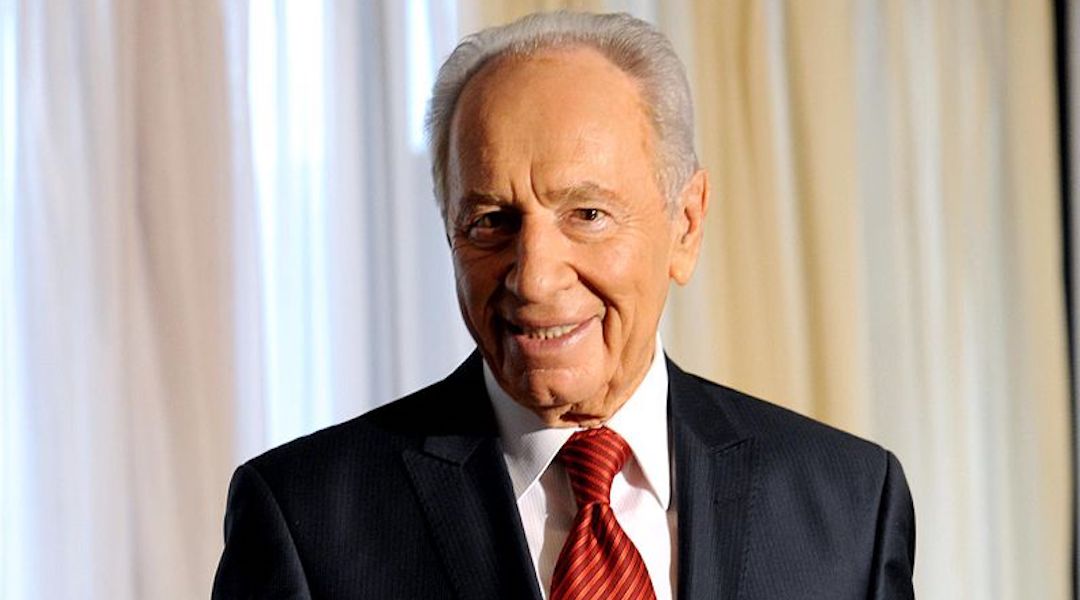 Rabbi Barry Block, a San Antonio rabbi who was part of the delegation, told the Jewish News Syndicate three years later, “It really was extraordinary. I mean when you’re talking about a president who at that time was near 90 and the mayor in his thirties, and I think that we can see that President Peres saw a little bit of his younger self in Mayor Castro.”

Castro said of Peres, “He told me never to lie, but to be daring. Those were the two main things. He told me to always be prudent of the public’s money and to stay focused on my priorities. It was overwhelmingly positive and inspiring.”

After Peres’s death in September 2016, Castro said he was “saddened” to hear the news — he was a “peacemaker, true statesman and great man.”

Saddened to hear of the passing of Shimon Peres. Visited with him years ago in Israel. A peacemaker, true statesman and a great man.

Castro is not as enthusiastic a fan of current prime minister Benjamin Netanyahu. In response to Netanyahu’s campaign promise in April 2019 that he would begin annexing the West Bank, Castro tweeted, “In abandoning our position as a good faith partner in the Middle East peace process, the Trump admin has enabled reckless actions like this from Netanyahu. US support for a two-state solution is on the line in November 2020.”

What about his relationship with Jewish groups?

In an AIPAC speech in 2012, Castro praised Israel’s democratic and free market values. He praised AIPAC for helping lawmakers “understand the importance of the relationship between the United States and Israel.” He also reflected on his 2011 Israel trip.

He also received a warm welcome at J Street’s 2019 conference.

So where does Castro stand exactly on solving the Israeli-Palestinian conflict?

“A two-state solution is the only acceptable outcome of a peace process between Israelis and Palestinians,” Castro told the Council on Foreign Relations in November 2019.

“I believe that only a two-state solution can serve as the foundation of a long-term peace while protecting the dignity, security, and freedom of both the Israeli and Palestinian people. In a global context of rising anti-Semitism, ensuring the Jewish people have a safe and democratic home is more important than ever. I will continue the United States’ policy to defend Israel’s security and its right to exist, which I believe can only be secured through a two-state solution.”

In a conversation at South by Southwest in March 2019, Castro said, “More and more, Israel is going to have a hard time being both a democratic state and a Jewish state. I think the two-state solution is best for that reason. Support Israel, remain strong allies, but recognize the value of Palestinians and that they should be treated in a way that we can support on behalf of the country.”

He echoed this in his Q&A with The New York Times: “Israel has to choose. It’s gonna be a Jewish state, or a democratic state. That’s why I believe a two-state solution is the best solution for Israel.”

So what does Castro think about leveraging aid to Israel to try to force policy change?

Castro won’t take it off the table, but said he hopes it won’t be necessary, telling J Street in October 2019, “I hope we can avoid that. Netanyahu has been counterproductive for many years. I hope we can have a more productive government in Israel.”

He was the one candidate identified with the party’s left who has taken nuanced position — others, like Elizabeth Warren and Pete Buttigieg, said that aid could definitely be up in the air. Some, like Joe Biden, have stated unequivocally that aid to Israel won’t be used as leverage.

During the impeachment hearing involving Alexander Vindman, the Jewish National Security Council staffer who testified about the consequential phone between President Trump and the president of Ukraine, Julian’s identical twin brother Joaquin let it slip that Julian made him grow a beard, for differentiation’s sake.

“It’s great to talk to a fellow identical twin,” said Joaquin, a rep from Texas on the House Intelligence Committee, to Vindman, who also has a twin. “I hope that your brother is nicer to you than mine is to me. And doesn’t make you grow a beard.”

Julian had a sharp comeback.

Let’s be clear—if I knew it’d look like that I wouldn’t have suggested it. https://t.co/CLeRBskQfJ