Sanders and Buttigieg sidestep aid to Israel question in debate 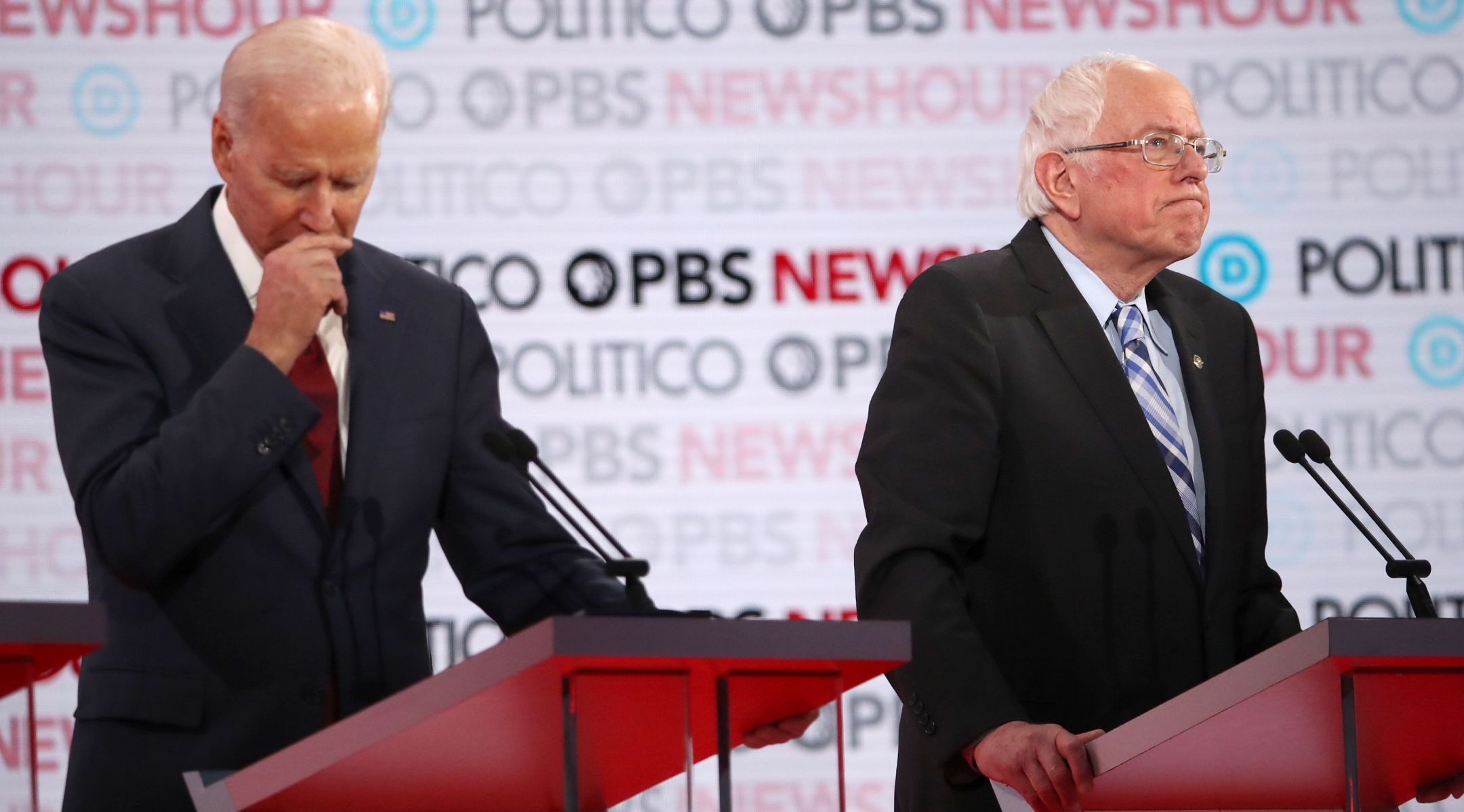 Meanwhile, former Vice President Joe Biden went out of his way to affirm that he would not touch defense assistance to Israel, while saying he disagreed with its current policies.

Yamiche Alcindor, a PBS correspondent, directly asked Sanders, a Vermont senator, and Buttigieg, the South Bend, Indiana mayor, whether settlement expansion in the West Bank would lead them to reconsider assistance to Israel. Israel currently receives $3.8 billion each year in U.S. defense assistance.

Both candidates had said in October at the annual conference of J Street — a Jewish group that recently decided to back leveraging aid to pressure Israel — that they would consider the gambit.

But in the PBS-Politico debate in Los Angeles on Thursday night, both candidates did not say in their answers whether they would leverage aid.

Sanders said that as someone who lived for a period in Israel in the 1960s and who is “proudly Jewish” he believes Israel has a right to exist in security. He also said that one can be pro-Israel and pro-Palestinian and called for a “level playing field,” noting the dire poverty in the Gaza Strip.

“What U.S. policy is about, we must not be just pro-Israel but pro-Palestinian as well,” he said.

Sanders said once again that he believed Israeli Prime Minister Benjamin Netanyahu was a “racist.”

Sanders delivered similar views at a debate in Atlanta last month; in that instance, he went out of his way to talk about Israel and the Palestinians.

Buttigieg focused his ire on President Donald Trump, saying that Trump’s pro-Israel nods were made to “effectively interfere in Israeli domestic politics.” Multiple times in the last year, the Trump administration has made Netanyahu-friendly announcements prior to elections or while Netanyahu was trying to form a government.

Trump is “acting as though that somehow makes him pro-Israel and pro-Jewish while welcoming white nationalists,” Buttigieg said, referring to accusations that Trump gives succor to racists with his policies and rhetoric.

The other candidates who met the polling and fundraising criteria set by the Democratic Party to participate — Biden, Sens. Amy Klobuchar of Minnesota, Elizabeth Warren of Minnesota, billionaire Tom Steyer and entrepreneur Andrew Yang — were not asked the question.

Biden, however, went out of his way to answer, pivoting from a question about whether to shut down the U.S. prison in Guantanamo Bay in Cuba to his Israel policies, and repeating an assurance he has made several times recently that he would not touch defense assistance.

Biden slammed Trump and Netanyahu for retreating in the last three years from the two-state outcome. He said Trump was playing to the same “fears and prejudices” in Israel as he was in the United States and said Netanyahu’s actions were “outrageous.”