Ben & Jerry’s is an American Jewish ice cream story. So are Haagen-Dazs and Baskin-Robbins. 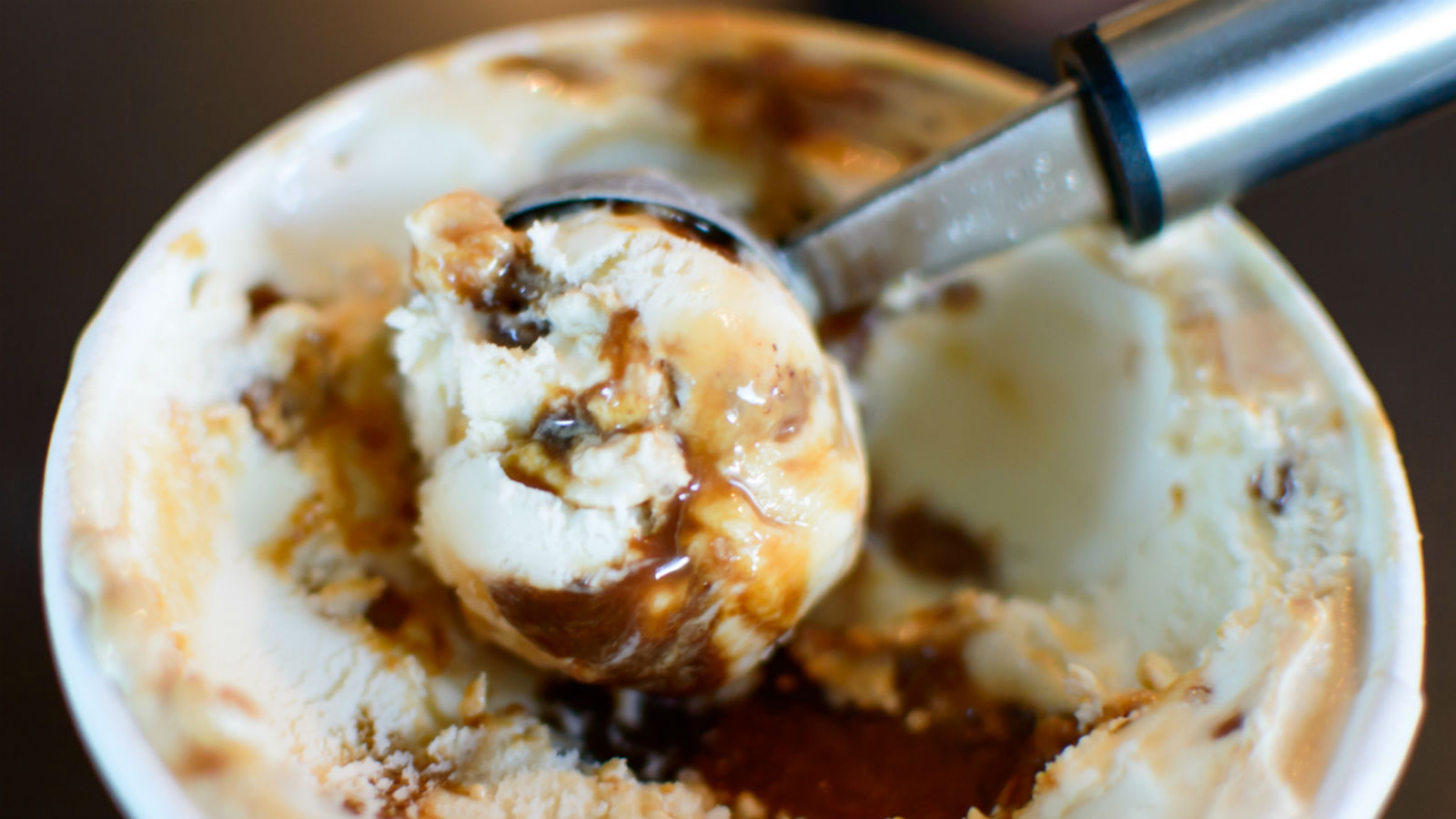 Who gave the world the gift of these delectable ice cream flavor inventions?

While Italian immigrants are traditionally given credit for opening the first ice cream parlors in the United States in the early 20th century, a series of savvy Jewish entrepreneurs are responsible for the development of gourmet ice cream flavors and their subsequent rise in popularity among the general public.

The name Haagen-Dazs leads many to assume it to be Nordic in origin. Surprise — this internationally renowned ice cream company that has over $2 billion in sales annually was actually the brainchild of a Polish Jew named Reuben Mattus. Just after immigrating to America in the 1920s at the age of 10, along with his widowed mother, Mattus went to work for his uncle’s Italian lemon ice business in Brooklyn. By the early 1930s, the family had expanded its product line to include chocolate-covered ice cream bars, ice cream pops and ice cream sandwiches.

Mattus was convinced he could deliver even higher quality ice cream to his customers, and engaged in a thorough self-education on the science and culinary methodology required to create the richest, most superior frozen confections. Mattus’ real stroke of genius, however, was his recognition that his new ultra-premium ice cream needed a certain cosmopolitan cache to make it appeal to his target audience: sophisticated, moneyed Americans. Thus he decided to give it a “foreign-sounding” name, specifically a Danish(ish) one to pay tribute to the country’s effort to save Jews during World War II.

Remarkably, at about the same time, another Jewish entrepreneur on the other side of the country was launching his own ice cream experiment. Irv Robbins, a Canadian, was self-taught, first gaining skills working in his father’s store and then teaching himself more advanced techniques while crafting ice cream as a lieutenant in the U.S. Navy during WWII.

In 1945, Robbins opened the Snowbird Ice Cream parlor, in part with funds from his bar mitzvah (how’s that for foresight?) in Glendale, California, and quickly won rave reviews for the wide variety of flavors. Shortly thereafter, Robbins’ brother-in-law Bert Baskin opened his own shop, and in 1948, the fraternal pair established a joint establishment and soon-to-be company Baskin-Robbins.

The company got an additional element of Jewish identity nearly 50 years later when Baskin-Robbins merged with Dunkin’ Donuts — founded by the Jewish entrepreneur William Rosenberg.

Steve Herrell, whose spouse and business partner was Jewish, observed the strides made by Haagen-Dazs in broadening consumers’ tastes for ice cream and decided to capitalize on that momentum by opening an ice cream shop in the 1970s that proffered flavors more exotic than the standard chocolate, vanilla and strawberry. Located in Somerville, Massachusetts, Steve’s served then-novel varieties of creams such as chocolate pudding, cookie dough and peanut butter, as well as afforded customers the opportunity to add “mix-ins” like M&Ms, chocolate sandwich cookies, sprinkles and toffee bits.

And just as Herrell was inspired by Haagen-Dazs, his ice cream innovations would influence other ice cream entrepreneurs, including two mensches who would arguably go on to become America’s greatest creators and purveyors of gourmet ice cream: Ben (Cohen) & Jerry (Greenfield). After witnessing firsthand Herrell perform his mix-in technique at his eponymous parlor, the dynamic duo started their scoop shop in 1978 in Burlington, Vermont. They initially followed Herrell’s style of manually incorporating different toppings, then moved on to churning out pints pre-blended with different candies, baked goods and sauces, thus paving the way for the emergence of Phish Food, Chubby Hubby and other iconic Ben & Jerry’s flavors.