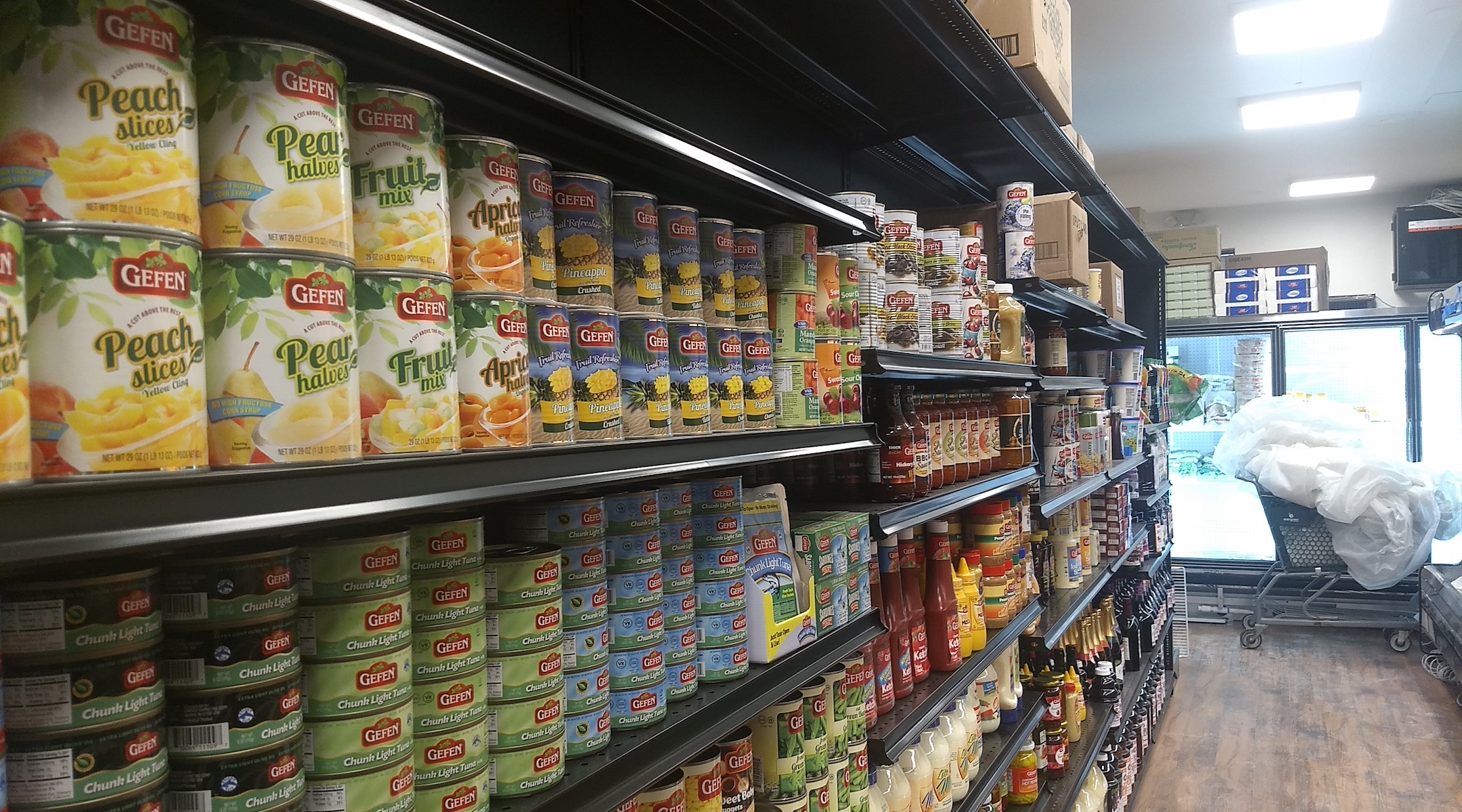 Some of JC Kosher's shelves are fully stocked with staples in its new location two blocks from the original store. (Ben Sales)
Advertisement

JERSEY CITY, N.J. (JTA) — Two months after his wife was murdered in the attack on this city’s only kosher grocery store, owner Moshe Ferencz was back behind the counter this week.

The store, which has partially reopened in a new location, still doesn’t have regular hours. But the reopening signals an important moment for Jersey City’s small but growing community of Orthodox Jews.

“Everyone was shocked beyond belief,” said Chesky Deutsch, a member of the local Hasidic community who acts as an informal spokesman, describing the atmosphere following the shooting. “For the first few weeks there was a little paralysis. They lost a friend, the kids were under trauma, the grocery was not open. But now life goes on.”

JC Kosher, which caters to the 100 or so Hasidic families who have moved to the Greenville neighborhood here in recent years, was the site of a shooting on Dec. 10. The two assailants killed a police officer nearby before riding in a van to the store, where they killed Leah Mindel Ferencz, who ran the store with her husband. They also shot dead Douglas Miguel Rodriguez, an employee, and Moshe Deutsch, a customer.

The attackers, who were not from the neighborhood, also died in a shootout with police that lasted for hours. Police discovered a powerful bomb in the shooters’ van and believe they targeted the store in an anti-Semitic attack. JC Kosher was adjacent to a yeshiva for the neighborhood’s Jewish children.

Now the market is beginning to reopen two blocks from its original location on the same side of the same street, Martin Luther King Jr. Drive. It’s not fully stocked and caters only to kosher-keeping customers based on necessity. Deutsch said it will be open fully in the coming weeks. 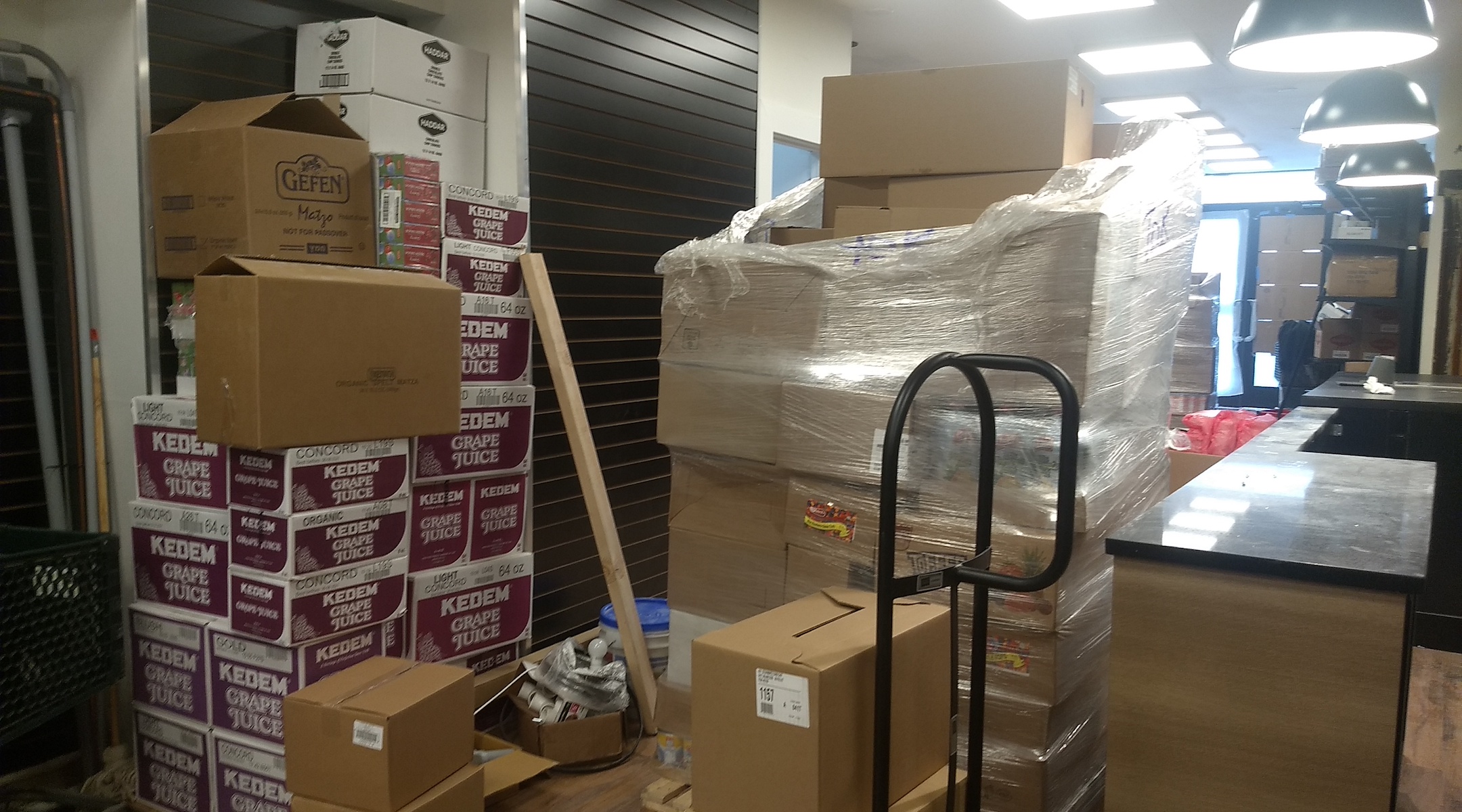 While the store opened to customers based on necessity, it’s still a work in progress, Feb. 24, 2020. (Ben Sales)

On Monday, the store was bright and clean while still a work in progress. The shelves were stocked with food — with canned goods on one aisle, refrigerated products such as hummus in another and bags of pretzels piled in another display — but open boxes, a ladder and unassembled racks also dotted the space.

Deutsch said that Ferencz had been planning to relocate anyway, squeezed by his original store’s tight quarters. Because he would have needed to do a full renovation after the shooting, he decided it was time to move to a new space, Deutsch said.

(Ferencz, who is grieving his wife, asked not to be interviewed or photographed.)

“It’s such a necessity for people over here,” Deutsch said. “They can’t wait until it’s fully, fully stocked. So what he did is he opens it and he’s still unpacking it.”

The original location has been closed since the shooting, its shuttered doors now covered by a mural of a bridge over a heart and three roses. An artist who goes by True Heart Art on Instagram painted the mural shortly after the shooting and titled it “Bridging Worlds.”

At the base of the closed doors are a row of cut-out five-pointed stars featuring a smiley face, an American flag, a heart, a peace sign and an inspirational quote from Albus Dumbledore, the Hogwarts headmaster in the “Harry Potter” series.

In loving memory of the innocent lives lost on that tragic day of 12 – 10 – 2019. Title: Bridging Worlds. One city, one community…Jersey city. One of the things that struck me most was the amount of children's in the neighborhood. There was a school next door and a school across the street. With the amount of shooting that took place that day this could've been a whooooole lot worse. (Thank God it wasn't.) I must say that Jersey city law enforcement and all those who aided them that day did an amazing job. They really did. Thank you. (When I arrived today to paint this mural it was cloudy and really cold out. I was concerned that my water based buff paint wouldn't dry in time but decided to paint anyway. As soon as I set up to paint the sun came out and warmed up the surface A LOT. It took me 3 hours to complete the mural and LITERALLY as soon as I was done the clouds come in and it started to snow. ) @trueheartart

While the store was closed, this city’s Hasidic community received twice weekly free deliveries from Peppermint, a kosher grocery store in the upstate New York Hasidic town of Kiryas Joel, more than an hour’s drive away. People also would trek to Brooklyn and other Jewish neighborhoods for food.

Deutsch is happy to have a local grocery and community hub open again.

“You’re used to a lifestyle of buying every day, every few days,” he said. “It’s not like we live in a desert, but we’re spoiled in that way. All of us are used to having our basic necessities handy, close by.”