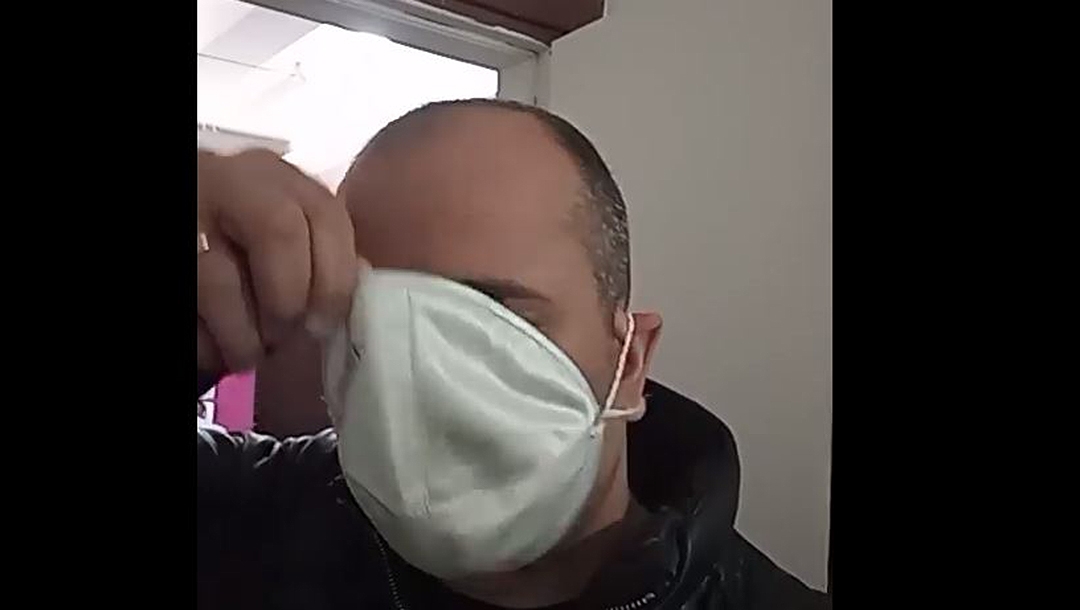 A French-speaking man pulls a kippah that he wore as a face mask back on his head. (Screenshot from Facebook)
Advertisement

AMSTERDAM (JTA) — The rapid spread of the coronavirus throughout Europe may be affecting Jewish communities there, but it hasn’t dampened their sense of humor.

On Friday, the Jewish community of Raalte in the eastern Netherlands shared a video of a French congregant showing off his invention: a kippah with elastic bands that can be moved from the top of the wearer’s head to cover one’s mouth and nose, like the now ubiquitous face masks being worn around the world in the wake of the virus.

“IMPORTANT ANNOUNCEMENT!” the Masorti Jewish Community of Beth Shoshanna wrote on its Facebook page two days before Purim, the Jewish holiday celebrating the Jewish people’s deliverance from their enemies — as well as foolishness and joviality.

“Due to the coronavirus, we are requesting the male visitors to our synagogue services wear their kippahs as seen in the photo. We’re asking also the female visitors to wear a kippah in this way, in egalitarian fashion. The executive board of the community and the health department of Raalte thank you in advance for your cooperation!” the community’s post reads.

The announcement contains a link to a video of a Jewish man saying in French that “I found the solution” while wearing what appears to be a white face mask — before he shifts it back to the top of his head and it is revealed to be a kippah.

What is less funny are the shortages of surgical masks, disinfectants and other products being reported in the Netherlands and throughout Europe. Hospitals in the Netherlands have been instructed to use hygienic masks for multiple purposes to conserve their stocks.

Jewish communities throughout Europe have canceled some events and postponed others out of fear of the virus’ spread. The March of the Living event, which brings together thousands of Jewish community members from across Europe and beyond for a Holocaust commemoration march in Auschwitz, Poland, was postponed indefinitely on Friday.

The European Conference of Rabbis earlier this week warned worshippers not to kiss Torah scrolls, mezuzahs or each other, and to avoid shaking hands in synagogue.