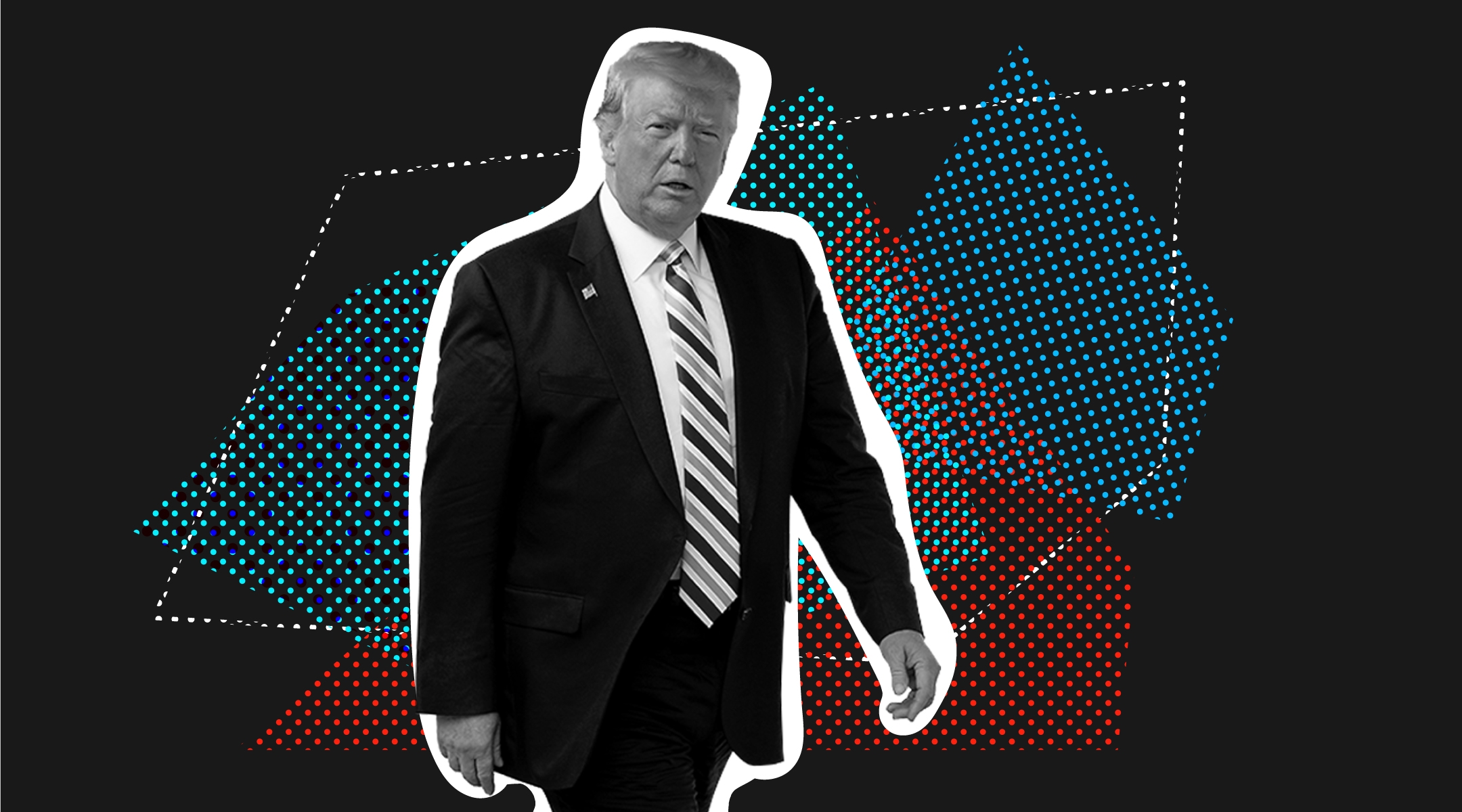 WASHINGTON (JTA) — I know that many American Jews are not the biggest fans of President Donald Trump. But I also know that when it comes to Jewish issues, no candidate is better.

President Donald Trump is the most emphatically pro-Israel U.S. president since the Jewish state’s founding in 1948. He is the most instinctively philo-Semitic president at least since Abraham Lincoln spoke of America as an “almost chosen people” — and perhaps since George Washington himself assured the Jews of Newport, Rhode Island that each child of the “Stock of Abraham” would forever “sit in safety under his own vine and fig tree.” In addition to recognizing Jerusalem as Israel’s capital and moving the U.S. embassy there, he successfully withdrew from President Barack Obama’s capitulatory Iranian nuclear deal, a huge boon for the Jewish state, and has crippled the Islamic leadership with debilitating sanctions.

Recent Gallup polling suggests that a whopping 95% of American Jews hold favorable views of Israel. For all the hand-wringing about the role of Zionism in the future of American Jewry, these statistics speak for themselves: American Jews overwhelmingly support the world’s sole Jewish state. And there has been no greater presidential defender of that Jewish state than President Trump.

Trump has restored “peace through strength” deterrence throughout the Middle East and the confidence of our allies in the region — most recently by killing the ruthless Iranian Quds Force commander Qassem Soleimani.

Palestinian-Arab nationalism has been a violent threat towards Israel since the state’s early days, and today’s Palestinian Authority continues that shameful legacy. The Trump administration has responded accordingly, closing the PLO mission in Washington, D.C. and defunding the PA due to its vile “pay-to-slay” jihad subsidization.

At the infamously anti-Israel United Nations, the Trump administration has consistently defended the Jewish state against the dictatorships that dominate that body. The administration has defunded UNRWA, the UN agency that perpetuates the Israeli-Palestinian conflict by promulgating a definition for Palestinian-Arab “refugees” different than that for every other refugee group in the world. And the administration withdrew the U.S. from UNESCO, which has passed disgraceful resolutions denying all historical Jewish claims to Jerusalem.

The Trump administration has always protected Israel’s right to defend itself from incitement from Gaza and the West Bank, and has recently recognized the legality of Jewish “settlements” in the biblical heartland of Judea and Samaria. His administration also formally recognized Israeli sovereignty over the strategic Golan Heights and has unveiled a plan for peace with the Palestinian-Arabs that is the most pro-Israel one ever offered by a U.S. president. After this “Deal of the Century” was unveiled, the administration successfully elicited hitherto unprecedented statements in support of recognition of Israel from leading Arab states.

This alone would comprise a compelling Jewish case to re-elect President Trump. But equally impressive has been the Trump administration’s profound commitment to a pro-Jewish, pro-religious liberty domestic agenda.

The Trump administration’s commitment to religious liberty for all has been laudable. He has fought the Obama administration’s contraception mandate tooth and nail. President Trump has also updated federal guidance to bolster protection for school prayer and has recently proposed a rule under which the government “will not discriminate based on an organization’s religious character” when it comes to grant money for social service providers. Recently, he has also proposed a rule that would undo an Obama-era regulation limiting taxpayer funding for faith-based adoption agencies that support traditional family structures.

Finally, the president has appointed roughly a quarter of all federal circuit judges — nearly all of whom are committed to a robust conception of religious liberty under the law. The salutary effects of this judicial transformation will last for decades. Jews, who have often been the proverbial canary in the coal mine when it comes to government’s treatment of religion, stand to disproportionately benefit from a systemic governmental rededication to protecting religious liberty for all.

Yet the most obvious Jewish reason for supporting Trump may well be the nature of his remaining 2020 adversaries. Bernie Sanders has surrounded his campaign with anti-Israel figures like Linda Sarsour and Rep. Ilhan Omar, and has mollycoddled problematic leaders like Jeremy Corbyn. As for Joe Biden, it was his threat to halt U.S. aid to Israel nearly four decades ago that led then-Prime Minister Menachem Begin to issue his most famous words: “I am not a Jew with trembling knees.” It would be a shande to replace the rock-ribbed pro-Jewish, pro-Israel Trump with either of these contenders.

Click here to read the Jewish case for a President Bernie Sanders.

Click here to read the Jewish case for a President Joe Biden.

Click here to read the Jewish Telegraphic Agency candidate guide on where President Trump stands on anti-Semitism, Israel and other issues that matter to Jewish voters in 2020

Josh Hammer
is Newsweek opinion editor, a syndicated columnist, and a research fellow at the Edmund Burke Foundation. Follow him on Twitter @josh_hammer.
The views and opinions expressed in this article are those of the author and do not necessarily reflect the views of JTA or its parent company, 70 Faces Media. 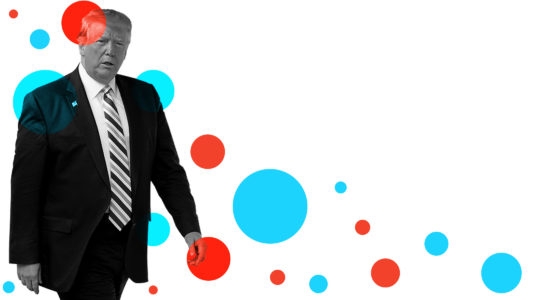 Where does President Trump stand on anti-Semitism, Israel and other issues that matter to Jewish voters in 2020?