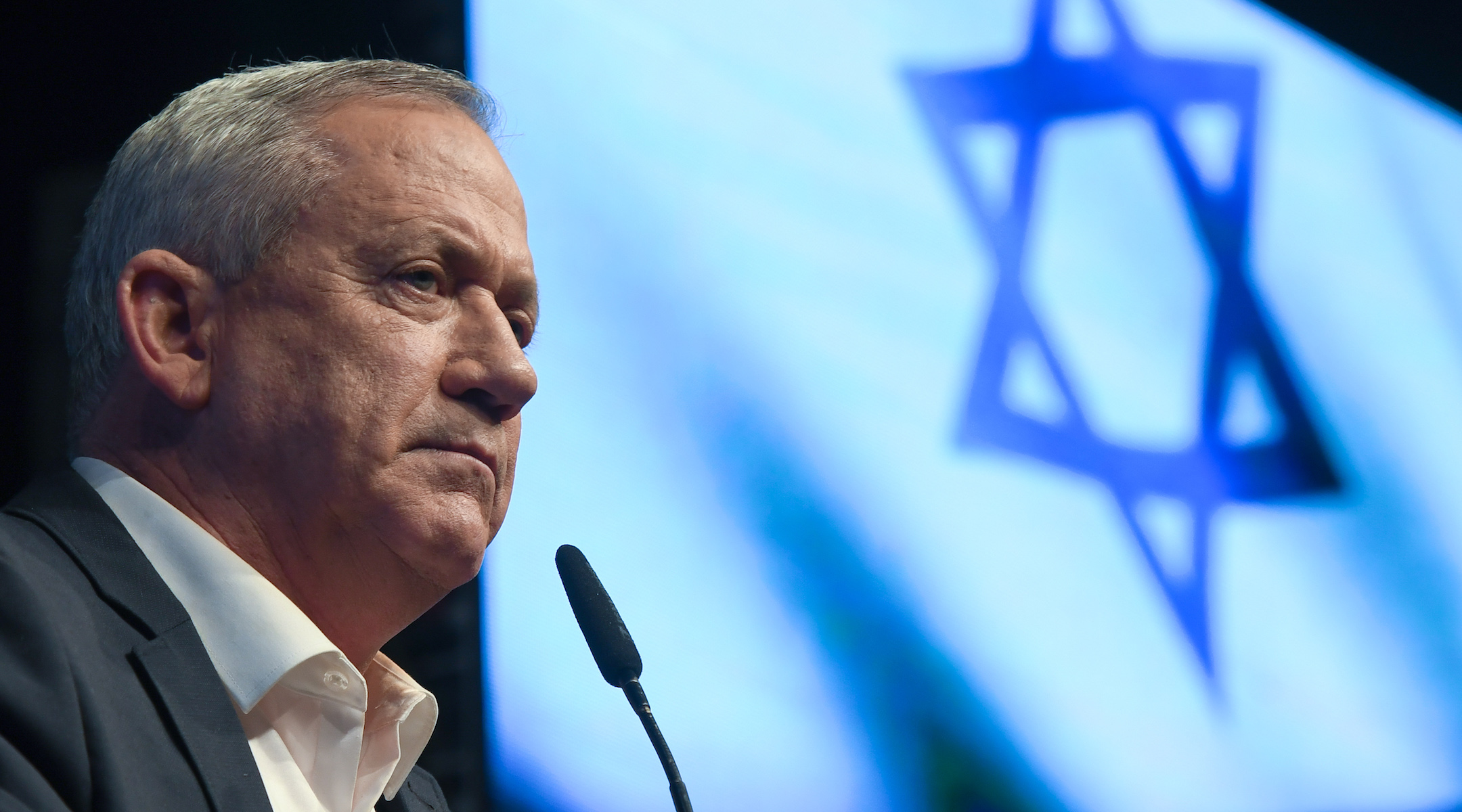 (JTA) — One of the crazier weeks in Israeli politics in recent memory ended on a fittingly dramatic note: Benny Gantz, the former army chief who came close to unseating Prime Minister Benjamin Netanyahu in three straight elections, laid down his proverbial arms.

Gantz will join a so-called unity government with his rival to prevent a possible fourth election and allow Israel to attack the coronavirus crisis as quickly as possible.

Before the coronavirus hit, Gantz was angling toward forming a “minority government” — a coalition that didn’t have enough seats in the parliament to claim an official majority. But it would would have been pushed over the governing threshold by the support of the slate of mostly Arab parties (in the form of votes), which prefer to sit in the opposition on principle.

Obstacles abounded, however, and the pandemic heightened the urgency of striking a deal in order to optimize the government’s response.

Unsurprisingly, Gantz’s move to join Netanyahu’s right-wing Likud party and the other more right-wing parties that comprise the prime minister’s contribution to the coalition was a polarizing one. Some commentators and some of Gantz’s allies hailed the decision as the ultimate show of patriotism, putting one’s country over individual aspirations.

Others — including Gantz’s two main partners in his Blue and White group, Yair Lapid and Moshe Yaalon, who disagreed with the move — called it political cowardice. Lapid and Yaalon packed up their respective party members and left Blue and White (the fourth party head in Blue and White, fellow former military chief Gabi Ashkenazi, stuck with Gantz and will enter the government with him).

The compromise is a complicated one, with several details and multiple possible outcomes. But here are the tangible takeaways from the deal being reported so far:

What it all means: Things could change, of course, as none of this is final. But Israel’s unprecedented political deadlock, which led to three elections in a year, looks to be resolved.

Gantz was the best hope that anti-Netanyahu Israelis had of unseating the man who has been prime minister for over a decade. His political future now appears uncertain.

Also, while Gantz was not a very liberal candidate — he is often labeled center-right, or at most a centrist — he and Netanyahu certainly have their disagreements over policy and how religious they think the state should be. It will be interesting to see how their disagreements play out in a unity government and if that kind of government can function as one to pass legislation.

The remaining wild card: Netanyahu does still have one big cloud hanging over him — his indictment for corruption. If he is convicted sometime in the future — his trial has been delayed due to the coronavirus — all deals would be off.