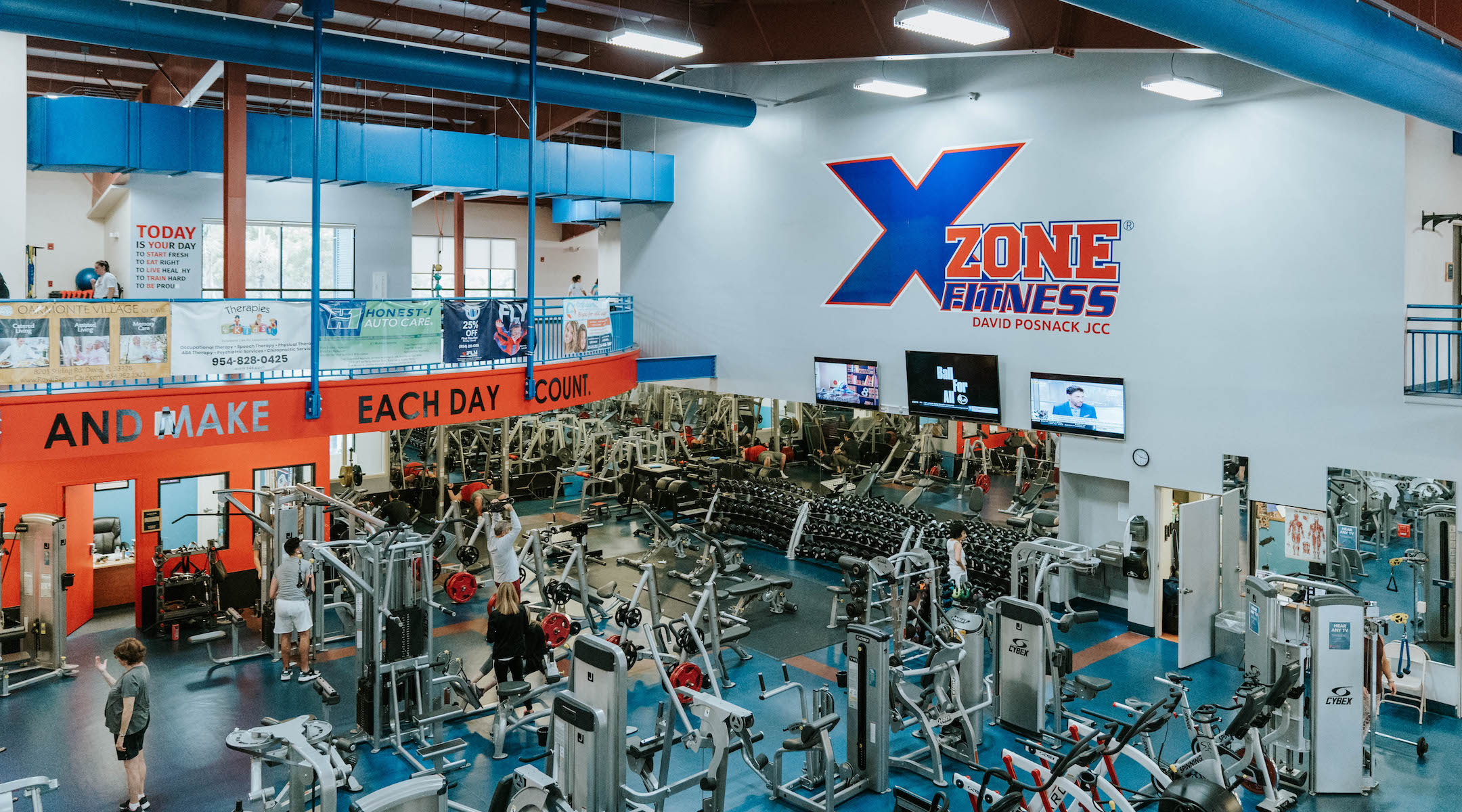 (JTA) — Walk onto the grounds of the David Posnack Jewish Community Center in South Florida and you will see people playing tennis with no face masks.

Within days, you will see people swimming in the pool and maybe even working out in the fitness center. A few days later, if you can peer into preschool classrooms, you’ll see toddlers playing with toys or preparing to visit the playground. Yes, the playground. Later, the JCC’s camp will open.

And everything will be run by the same employees who worked at the JCC before anyone was using the words “COVID-19” or “social distancing.” They have not missed a paycheck since the pandemic began.

“The optics of this are really important and we want to do it right,” said Scott Ehrlich, the Posnack center’s CEO. “There’s lines 6 feet apart. You have to take your temperature and then you sign a COVID-19 waiver before you walk in, and then you can walk in and do your thing.”

He adds: “This will go on for a while because of the virus — who knows when it’s going to be out of here?”

The Posnack JCC’s story — and its tiered reopening — stands in stark contrast to most JCCs across the country that have shut down and, in many cases, laid off large portions or all of their staffs. Because JCCs rely on participant fees for most of their revenue, they can’t make money when the building is closed and thus have had to stop paying their employees.

Among the nearly 150 JCCs nationwide, 17 have partially reopened and more than 50 more will begin the process in June, according to Doron Krakow, CEO of the JCC Association of North America. During the months they were closed, JCCs had to lay off, furlough or cut the salaries of 19,000 people — half of their total workforce.

But because nearly 90% of JCCs received aid under the federal coronavirus relief package — total assistance to the centers of $110 million — most of those people have been hired back.

“We’re cautiously optimistic,” Krakow said. “There’s a sense of the inevitable resumption of programming and operations, but we’re going to be careful and we’re going to be guided by public health authorities. … The road ahead of us is going to be bumpy, but our best days are in front of us.”

The Posnack JCC was able to avoid the layoffs and reopen ahead of the pack due to a mix of favorable local government circumstances and a risky financial decision that appears to have paid off. Large portions of the JCC are slated to be up and running by June 1, Ehrlich said, though the planned reopening of the fitness center still isn’t a sure bet by that date.

And it’s not alone. JCCs nationwide are making similar moves. JCCs across South Florida will be running some kind of summer program for kids as well as preschool in some cases, according to the South Florida Sun-Sentinel.

“We’re really having to reinvent what summer programming can be,” said Jesse Rosen, CEO of the nearby Mandel JCC in Palm Beach County. “It’s a whole different program to try and help people understand we’re going to provide safe care to your kids and have them have fun, but it’s not camp.”

When the Posnack closed on March 16, at about the same time communal spaces nationwide were temporarily shuttering, Ehrlich said the JCC made the decision to keep its staff on for as long as possible. Its 90 employees have a total payroll of $360,000 a month, an amount the JCC’s reserves could cover for the first month of the shutdown.

The Posnack applied quickly for aid under the federal coronavirus relief package, and received its grant on April 15. Ehrlich would not disclose the amount but said it covered payroll, health insurance and utilities for eight weeks — long enough to tide the JCC over until its partial reopening, though that wasn’t clear at the time.

“My belief was, our staff is the key to this agency,” Ehrlich said. “When we weren’t covering payroll with anything, our decision was our staff is the essential part of the center and we didn’t want to go and let staff go and then try to retrieve them when we were able to reopen, so we never had to worry about that.”

The reopening is already underway, as the town of Davie, where the JCC is located, gave permission for the tennis courts and pool to open. So on Tuesday, the courts reopened for singles play. Players had to wear face masks upon entering the facility and have their temperature taken by employees, who are masked and gloved. And according to health experts whom Ehrlich consulted, as well as the Centers for Disease Control and Prevention, the coronavirus does not spread in pools because of the presence of chlorine.

The fitness center, if Davie allows it to open in the coming weeks, will be trickier. The JCC’s employees have already moved all of the machines 6 feet apart. Under the center’s plan, users must clean and wipe down machines after they have finished their workouts. Immediately after, an employee will clean each machine — meaning that employees will have to keep an eye on everybody working out. The center also will be closed after every hour for 30 minutes of disinfection.

Ehrlich said that in total, the additional cost of sanitizing the JCC because of COVID-19 will run between $15,000 and $25,000 per month.

The preschool presents another set of issues.

Child care facilities, because they are deemed essential services by the state of Florida, have been allowed to stay open. And the JCC’s preschool will be much smaller — 50 to 70 children instead of the usual 220. The lower number is required for distancing, and it’s made possible because many families have chosen not to send their children back immediately.

“We’ve gotten a lot of pressure from parents who are going back to work,” Ehrlich said. “A lot of preschools and early childhood centers have been open this entire time with small amounts. … We found out that our parents need to go back to work and need the child care.”

The JCC directors understand that policing the conduct of athletes, gym visitors and kids is anything but foolproof.

“We have to be honest with ourselves with parents and the community about the kids,” the Mandel JCC’s Rosen said. “There’s no expectation that they’re going to be as socially distant as if they were home, but we’re going to take every precaution and step we can to do as best as we can while we still have them have an experience where they’re kids.”

Still, Rosen says he’s relieved to be back at work.

“Opening up back for our family is a step toward some sense of normalcy,” he said. “But it’s a new normal.”