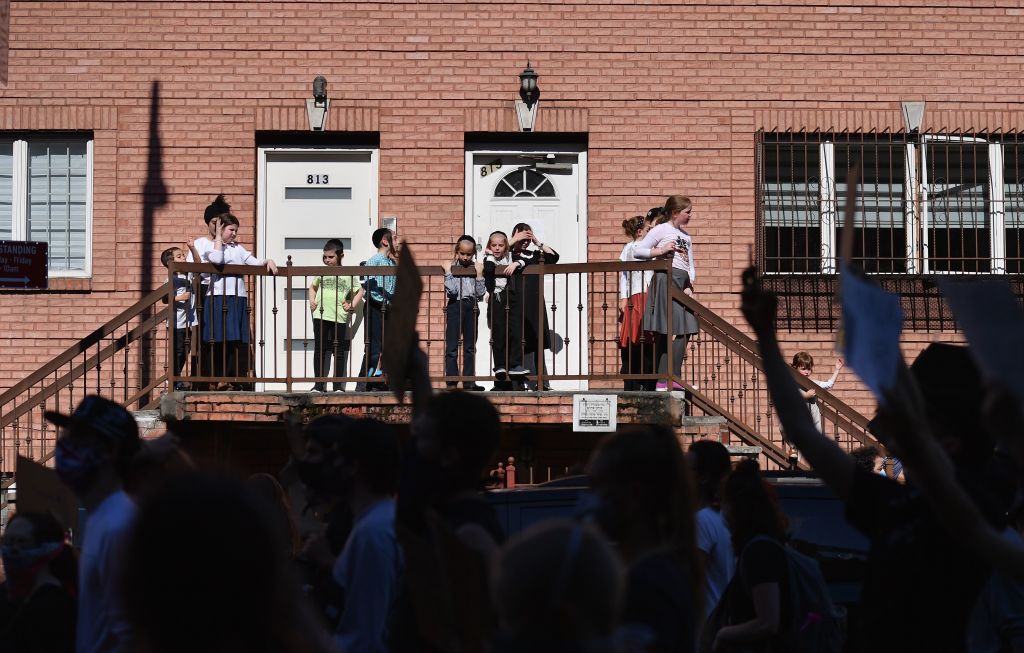 (JTA) – A last-ditch effort by Orthodox Jews in New York to clear the way for overnight camps this summer fell short Monday as a federal judge declined to intervene against Gov. Andrew Cuomo’s decision to keep the camps closed.

The judge was responding to a lawsuit brought last month by the Association of Jewish Camp Operators, which represents Orthodox camps. By banning overnight camps while allowing day camps and protests, the suit argued, Cuomo was privileging some activities over others — a potential violation of the Constitution’s First Amendment.

The camp organization, represented by the prominent Orthodox lawyer Avi Schick, sought a restraining order that would allow camps to operate while that legal question made its way through the courts.

But Judge Glenn Suddaby of the U.S. District Court in upstate New York said the suit’s religious liberty argument was not immediately compelling.

“Overall, Plaintiffs have failed to show that Defendant’s executive orders were taken because of, not merely in spite of, their religious practice,” he wrote in his decision.

Cuomo has allowed day camps to open with restrictions, while other states have allowed overnight camps. Some Orthodox camps have opened outside of New York, with some even relocating because of the rule.

The camp association claims that sleepaway camps can be opened safely despite the pandemic and in May shared a safety plan with the governor detailing the protocols the camps would follow. The plan also provided studies that showed a low rate of serious cases in children and teenagers.

That, too, did not sway the judge.

“The fact that Plaintiffs have maintained a hope and willingness to operate or send their children to overnight camps this summer longer than most persons involved with secular or non-Jewish overnight camps does not somehow turn Defendant’s facially neutral executive order into impermissible targeting,” Suddaby wrote.

Agudath Israel, an organization representing haredi Orthodox Jews in America and which supports the Association of Jewish Camp Operators, expressed its disappointment over the decision.

“The impact on children is devastating,” Rabbi Yeruchim Silber, Agudah’s director of government relations in New York, said in a statement. “Instead of looking forward to a summer of growth, filled with learning experiences and preparation for an upcoming school year, many children of our community will now be forced to endure a continuation of the long-lasting lockdowns imposed by the State Government.”

Orthodox summer camps typically include a substantial educational component, with children studying Jewish subjects in classes in the morning with more typical camp activities coming later in the day.

The summer camps issue has been one in a series of faceoffs between the Orthodox community and New York’s elected officials during the pandemic. The battles — over access to city playgrounds, religious services and now summer camps — have rested on a common thread: The Orthodox community has seen a double standard in the government officials’ restrictions, with one set of rules applied to activities the officials deem essential and another set to those they do not.

The lawsuit comes on the heels of another suit, brought earlier this month by three Orthodox men and two Catholics against New York state and city officials, that challenged the state’s restrictions on religious gatherings.

In that case, a federal judge did issue a preliminary injunction last month, concluding that the limits on capacity placed on houses of worship could not be lower than other gathering places and that capacity gatherings could not be placed on outdoor services. t The judge said that allowing and encouraging thousands of people to gather for protests “sent a clear message that mass protests are deserving of preferential treatment,” echoing a complaint lodged by members of the Orthodox community.